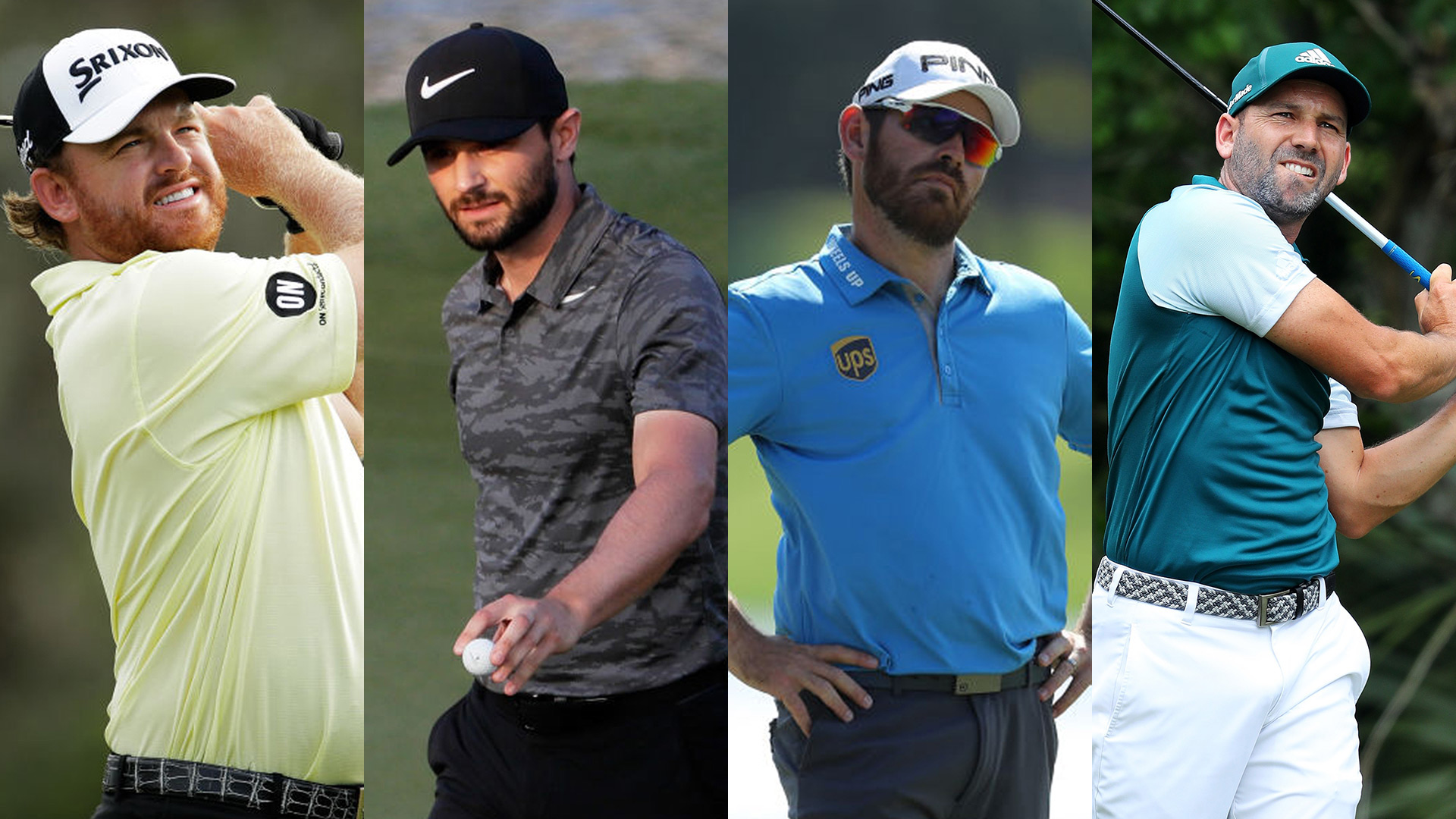 PONTE VEDRA BEACH, Fla. – A week that began with so much potential has been transformed into a plodding production that felt more marathon than main event.

With a monsoon of respect to those who have endured three days of relentless winds, new greens that have the consistency of a parking lot and a golf course that magnifies even the slightest error; this probably isn’t the best-case scenario officials envisioned at the new and improved TPC Sawgrass.

Heading into Sunday funday there was no Dustin Johnson, no Rory McIlroy, no Jason Day - Nos. 1, 2 and 3, respectively - within a touchdown of the lead.

There was no Jordan Spieth or Phil Mickelson to add spice to the Stadium Course sauce. Even Jon Rahm, who has been as dependable as a mailman since winning the Farmers Insurance Open in January, was nowhere to be found on the leaderboard.

Instead, Sunday afternoon’s tee times will feature the likes of Kyle Stanley and J.B. Holmes, who are tied for the lead at 9 under, and Louis Oosthuizen and Si Woo Kim, third and fourth after Round 3.

Combined, the dozen players inside the top 10 after 54 holes have won two majors, and just two players, Sergio Garcia and Alex Noren, rank inside the top 30 in the world ranking.

Yet what the leading men lack in relative star power was somewhat mitigated by inspired play on what may be one of the toughest TPC Sawgrass layouts since the event moved to May.

With a scoring average that rocketed to 74.03 on Saturday, those names that remain played impressive, if not often adventurous golf.

“It’s just this golf course has got some quirks to it, and the wind swirls. Sometimes you just got to get lucky and not get that gust or try to read the gusts,” said Holmes, who has been rather predictable this week with rounds of 68-69-70. “It's a lot of guessing.”

Holmes, who is often typecast as simply a bomber but is proving this week his skill set reaches beyond the long ball, proved to be an impressive plodder after finding just 5 of 14 fairways on Day 3, including just a single fairway on his closing nine.

At the 14th hole his drive sailed so far right it found a water hazard ... on the 12th hole.

“Wow,” said Holmes, who played more shots from the wrong fairway and pine straw over his last few holes than a 10-handicap.

He’ll be joined on Sunday in the day’s anchor tee time by Stanley, who recovered after three bogeys over his first four holes with a much more consistent game on his way to an even-par 72 and just his second 54-hole lead on the PGA Tour.

But if Holmes and Stanley set the Day 3 pace, fans will be forgiven for turning their attention to likes of Garcia. Making his first start since his major breakthrough at the Masters last month, the Spaniard clawed his way back this week after playing his first 15 holes in 4 over.

He made a hole-in-one on Thursday to salvage his round, was steady on Day 2 on his way to a 1-under 71 and was nearly flawless on Saturday on his way to a 67 that included an eagle (No. 16) and six birdies.

Since settling in, Garcia has been carefree and calculated and will start the final round four strokes off the lead. It’s worth noting that he began the final round three shots back in 2008 when he beat Paul Goydos in a playoff to win The Players, and that he could become just the second player, along with Tiger Woods, to win the Masters and The Players in the same year.

Ian Poulter, who just two weeks ago didn’t even think he had a Tour card, never mind an invitation to the circuit’s marquee event, could add a measure of intrigue to the final turn, as could Oosthuizen, who stumbled on Saturday to a 73 but has a game built for the toughest courses which is only apropos considering that it is this course that may be the week’s ultimate narrative.

TPC Sea Breeze is an acquired taste under the best of conditions, but with Saturday’s winds blowing 20 mph and gusting at the worst possible moments, the new and improved Stadium Course was particularly harsh.

“It's a hard course. Doesn't fit my eye on almost any shot, like everybody else. That's how it was designed,” said Pat Perez, who had already booked a flight home thinking he’d miss the 54-hole cut before a second-round 66 moved him into a tie for 10th place. “So you know who loves it? Maybe the winner on Sunday? That's about it.”

Spieth and Rahm would probably agree, although neither will be around for the weekend after missing the 36- and 54-hole cut, respectively. McIlroy (T-20 and eight shots back), Johnson (T-44 and 11 back) and Mickelson (T-67 and 13 back) will play on Sunday but it seems wildly unlikely any of them will factor into the final outcome.

TPC Sawgrass will deliver excitement, it almost always has since the event moved to May in 2007, but it just might not be the cast everyone thought would be contending when the week began.