Thomas vs. Rose could be Ryder Cup highlight 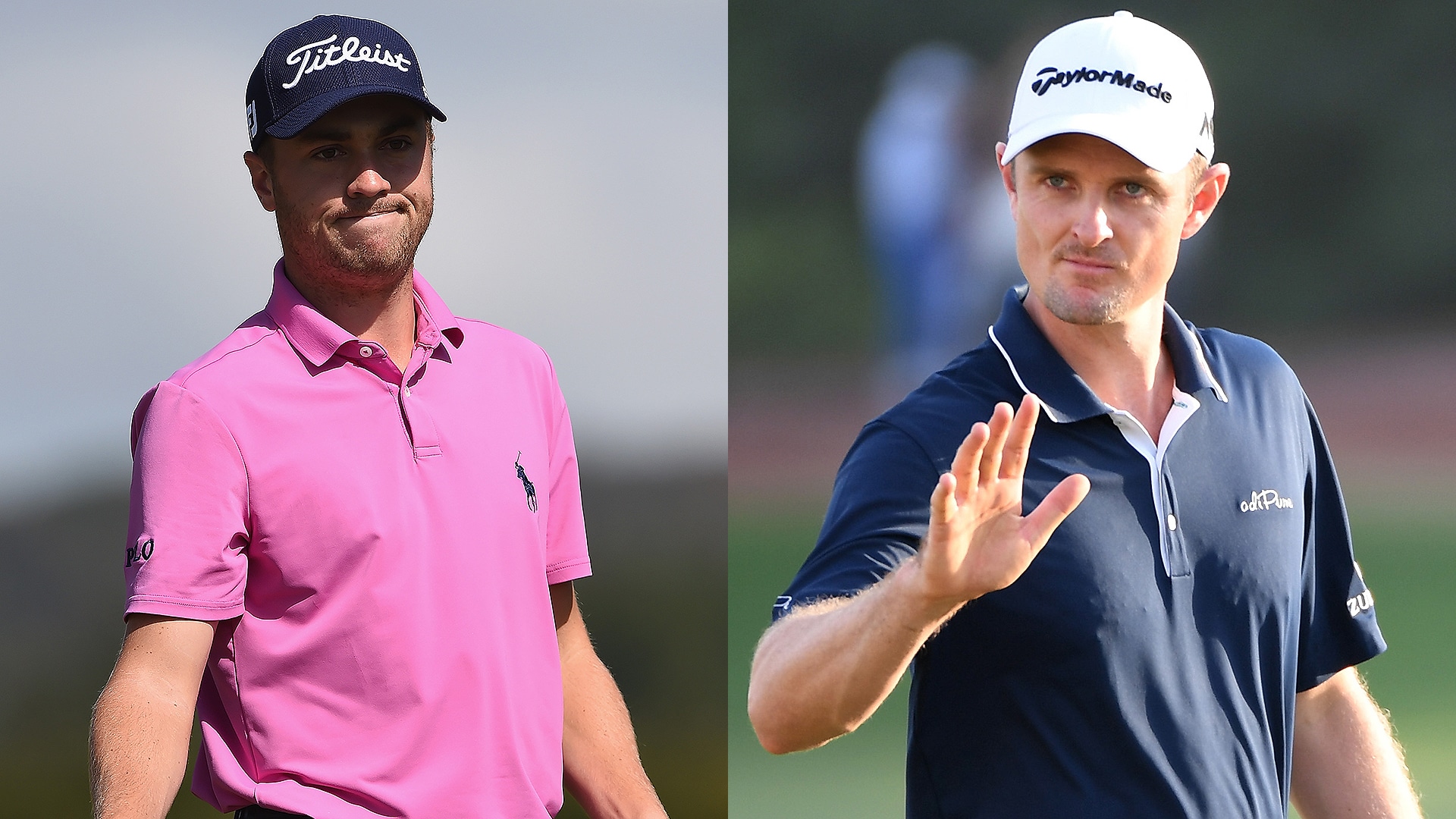 ST. SIMONS ISLAND, Ga. – For those still digesting the end of 2017 – the European Tour did, after all, just wrap up its season in Dubai on Sunday – consider that the PGA Tour is already nearly one-fifth of the way into a new edition.

The Tour has already crowned eight champions as the game banks into the winter break, and there are some interesting trends that have emerged from the fall.

Dueling Justins: While Justin Thomas picked up where he left off last season, winning the inaugural CJ Cup in October just three weeks after claiming the FedExCup and wrapping up Player of the Year honors; Justin Rose seems poised to challenge for next year’s low Justin honors.

The Englishman hasn’t finished outside the top 10 since August and won back-to-back starts (WGC-HSBC Champions and Turkish Airlines Open) before closing his year with a tie for fourth place in Dubai.

Youth served. Just in case anyone was thinking the pendulum might be swinging back in the direction of experience over youthful exuberance – 41-year-old Pat Perez did put the veterans on the board this season with his victory at the CIMB Classic – Patrick Cantlay solidified his spot as genuine phenom.

Following an injury-plagued start to his career, Cantlay got back on track this year, needing just a dozen starts to qualify for the Tour Championship. He went next level earlier this month with his playoff victory at the Shriners Hospitals for Children Open.

They say these trends come and go in professional golf, but as the average age of winners continues to trend lower and lower it’s safe to say 25 is the new 35 on Tour.

A feel for it. For all the science that has become such a big part of the game – from TrackMan analysis to ShotLink statistics – it was refreshing to hear that Patton Kizzire’s breakthrough victory at the OHL Classic came down to a hunch.

With the tournament on the line and Rickie Fowler poised just a stroke back, Kizzire’s tee shot at the 72nd hole came to rest in an awkward spot that forced him to stand close to his approach shot to keep his feet out of the sand. His 8-iron approach shot sailed to 25 feet and he two-putted for par.

And how far did he have for that pivotal approach?

Fall facelift. Although the moving parts of the 2018-19 schedule appear to be still in flux, how the changes will impact the fall schedule is coming into focus.

The Tour’s goal is to end the season on Labor Day, which means the fall portion of the schedule will begin a month earlier than it does now. While many see that as a chance for the circuit to embrace a true offseason, it’s becoming increasingly clear that won’t be the case.

The more likely scenario is an earlier finish followed by a possible team competition, either the Ryder or Presidents cup, before the Tour kicks off a new season in mid-September, which means events currently played before the Tour Championship will slide to the fall schedule.

“So if you slide it back, somebody has to jump ahead. The mechanics of it,” said Davis Love III, host of the RSM Classic and a member of the Tour’s policy board. “I’m still going to go complain and beg for my day, but I also understand when they say, this is your date, make it work, then we'll make it work.”

While 2019 promises to bring plenty of change to the Tour, know that the wraparound season and fall golf are here to stay.

Product protection. Speaking of the fall schedule and the likely plan to expand the post-Tour Championship landscape, officials should also use the platform to embrace some protections for these events.

Consider that the RSM Classic featured the third-strongest field last week according to the Official World Golf Ranking, behind the season-ending tournament in Dubai on the European Tour and the Dunlop Phoenix on the Japan Golf Tour.

The winner in Dubai received 50 World Ranking points, a marquee event that has historically been deeper than that week’s Tour stop, while the Dunlop Phoenix winner, Brooks Koepka, won 32 points. Austin Cook collected 30 points for his victory at Sea Island Resort.

All told, the Japan event had four players in the field from the top 50 in the world, including world No. 4 Hideki Matsuyama; while the highest-ranked player at the RSM Classic was Matt Kuchar at 15th and there were seven players from the top 50 at Sea Island Resort.

Under Tour rules, Koepka, as well as any other Tour members who competed either in Japan or Dubai, had to be granted conflicting-event releases by the circuit.

Although keeping players from participating in tournaments overseas is not an option, it may be time for the circuit to reconsider the conflicting-event policy if the result is a scenario like last week that relegates a Tour event to third on the international dance card.