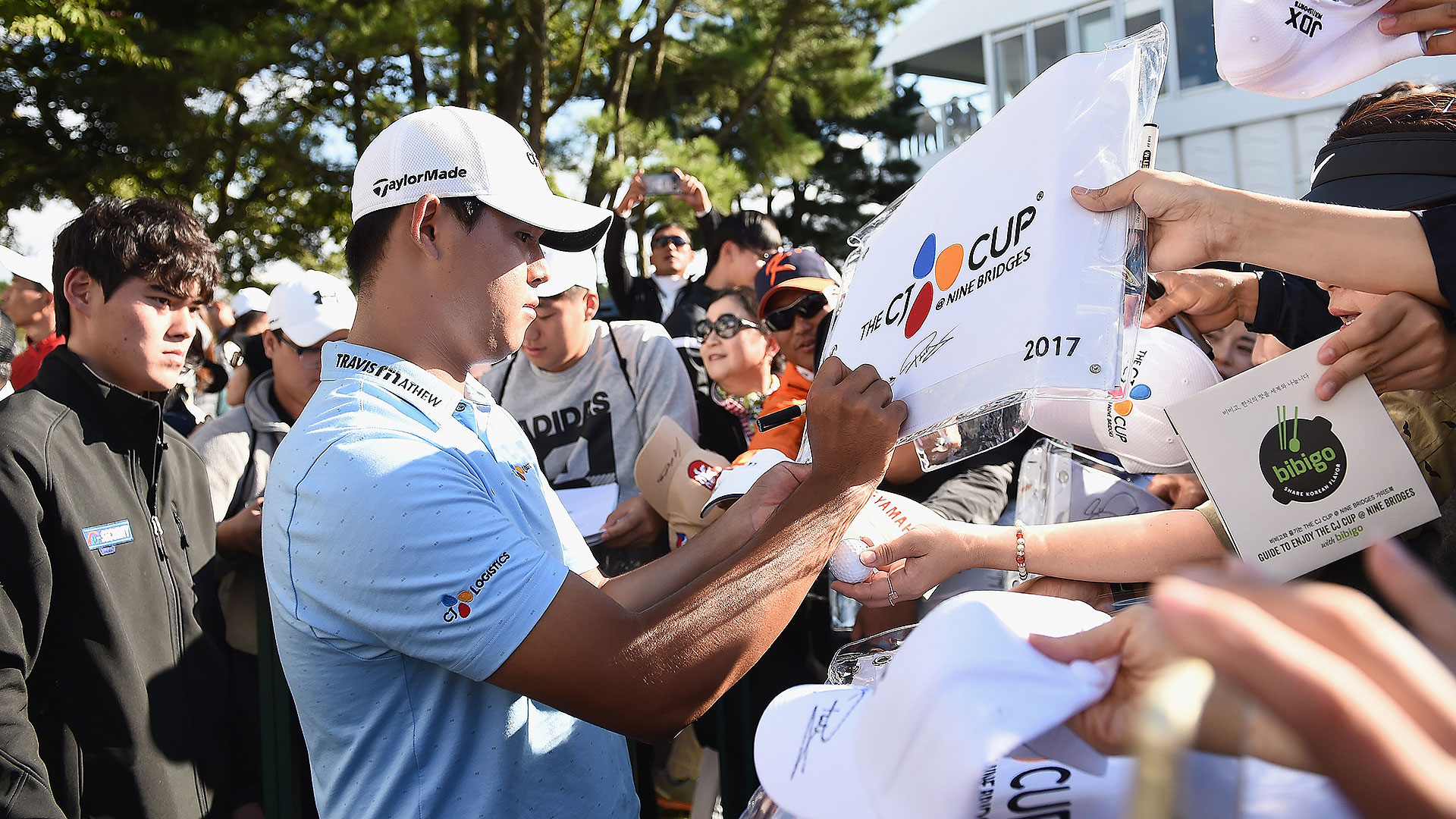 The PGA Tour wraps up its global odyssey this week at the WGC-HSBC Champions in China, the final leg in an Asian swing that now includes three tournaments, not to mention plenty of intrigue.

What began as an unofficial experiment in 2009 at Sheshan International Golf Club has evolved into a bona fide cornerstone of the circuit’s schedule, with the Tour adding last week’s CJ Cup in South Korea to the Far East docket this season.

Initially, the idea was to expand the Tour’s lineup beyond the Lower 48 and put the “World” back in World Golf Championship. There was also plenty of talk about growing the game in what is considered an emerging golf market.

It was a simple, if not lofty, mandate, and nearly a decade down the road there are signs, however anecdotal, that the seeds the Tour planted in ’09 are beginning to sow.

There were 16 Korean players in field last week on Jeju Island, and this week in Shangahi, China’s Hao Tong Li continues his climb to stardom following his third-place finish at The Open in July, the best showing ever in a major by a player from China. The Tour will also welcome its first Chinese members this year after Zecheng Dou and Xinjun Zhang advanced to the circuit via the Web.com Tour.

Last season there were eight Tour members from Korea, more than Canada (six) or Sweden (five) or Spain (four). Whether that success at the highest level translates into more recreational golfers in the Far East is an altogether different question, but there’s no denying that at the highest quantifiable level big-time golf has produced some big-time players in Asia.

It’s why Nick Price remained optimistic last month at the Presidents Cup despite another lopsided defeat of the International team. It may not make a difference in two years at Royal Melbourne, or even in a generation, but the three-time captain sees golf’s growth in Asia as an opportunity.

“I’m convinced that one day, because of where we draw from, you look at the part of the world we draw from and where golf is growing, China, anywhere in Asia, South America, from an interest point of view, we are going to grow bigger than the Ryder Cup,” Price said.

If Price’s outlook for the wildly one-sided matches seems a tad overly optimistic, know that there’s more to the Tour’s expansion in Asia than simply building a fan base.

The Tour is a business, a global business, and in Asia officials see virtually unlimited growth potential.

The CJ Corporation signed on to sponsor the South Korean stop for 10 years, and the event’s $9.25 million purse included a $1.665 million payday for winner Justin Thomas. That’s more than the winner received for victory in any WGC or playoff event last season and trailed only the four majors and The Players among golf's richest paydays in 2017.

In fact, the three Asian events make up nearly half ($26 million) of the total fall purse of $56.6 million this season.

“I would say that this is absolutely another step that we are taking to expand our business,” Monahan said. “The PGA Tour is a global organization, we’ve got a global membership and we are an important part of a global sport.

“Typically, when you see great players on our Tour from rabid international markets, we are going to put people on the ground, we are going to take every step that we can to help build the stardom of those players and to build our business accordingly.”

Even more evidence of that commitment was on display on Wednesday when the Tour announced the PGA Tour China Series would resume in 2018 after a one-year hiatus. Next year’s schedule for the developmental circuit will include an increase in both prize money and tournaments, and although Monahan said last week that there’s currently no plans to add more events to the Tour’s Asian swing, he didn’t completely dismiss the idea, either.

“The growth of our players from this part of the world has enabled us to bring a number of tournaments to Southeast Asia and Asia,” said Ty Votaw, the Tour’s executive vice president of global business affairs. “Being able to add this as a third event really is another step forward for us to take advantage of the growth opportunities that are here across this region.”

There are plenty of altruistic reasons for the Tour to continue its expansion into Asia, chief among that list being a chance to grow the game, but as the circuit puts the finishing touches on another Far East swing this week in China, it’s important to note that the Tour’s footprint in the region is now and will always be a business decision - a business decision with plenty of benefits.