U.S., Europe on opposite sides of captain's pick conundrum 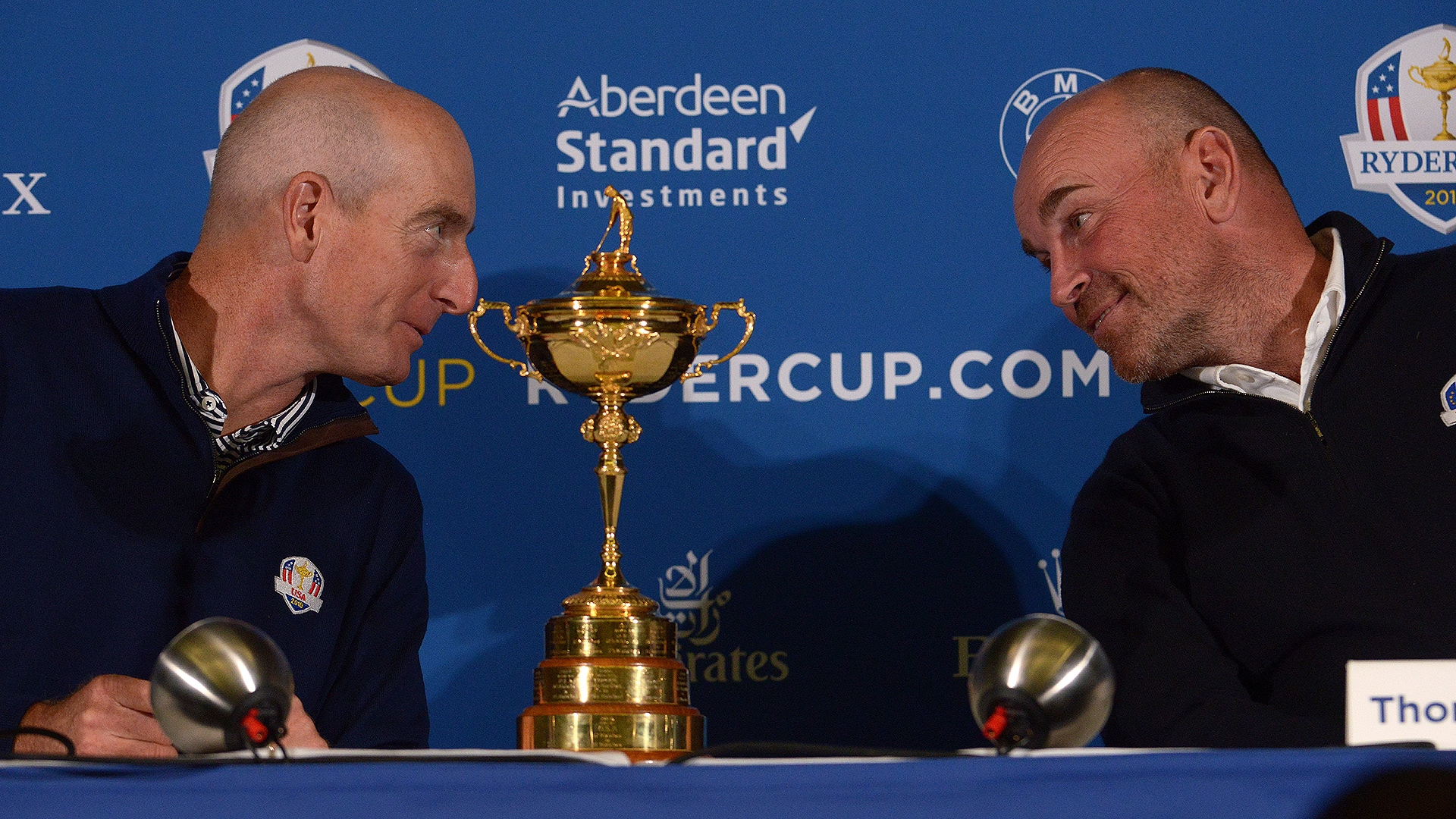 NORTON, Mass. – One Ryder Cup captain is now left to his own devices. Another still has some breathing room. But of the two captains the next few days will be much more stressful for Thomas Bjorn.

The European skipper celebrated with Thorbjorn Olesen, who held on to automatically qualify for Team Europe, ignored a few text messages and slipped away to begin what promises to be the toughest part of the gig.

By comparison, U.S. front man Jim Furyk’s picks must feel like low-hanging fruit. Although the captain has been predictably aloof about his potential picks, anyone with even a passing interest in the matches will tell you that Tiger Woods, Bryson DeChambeau and Phil Mickelson have already booked their tickets to France to play this year’s matches, and the final selection will be come down to who performs the best over the next five rounds (Furyk’s final pick will be made on Sept. 9) between Tony Finau, Xander Schauffele and Kevin Kisner.

“Jim has the four easiest picks,” Knox said on Sunday at the Dell Technologies Championship. “Maybe three are easy and one you can’t go wrong between three guys. For [Bjorn] there’s probably one pick that it will come down to a couple of guys. It must be so difficult for a captain picking and for someone who hasn’t quite made the team, like myself, because you had all year and you didn’t quite do it and now you can’t do anything about it.”

Any past captain will tell you it’s the picks that cause the greatest amount of anxiety, from the endless data points that go into a selection to those awkward phone calls to players who didn’t get the captain’s nod.

For Bjorn that process is sure to cause a few sleepless nights as Wednesday’s press conference approaches.

“It's funny, because kind of when you're on the outside looking in, you feel like the picks are simpler than what they are,” said Tommy Fleetwood, who was among Europe’s automatic qualifiers. “I think both teams would like to pick five or six, but you can only pick four. So I'm just glad it's not our job to pick.”

Bjorn may be thinking the same thing right about now. As effortless as Furyk’s chosen four seem to be, the European captain could fill a legal pad with potential pros and cons.

“I could give you an argument for every player,” Casey said. “You throw out Thomas Pieters, there’s a real good argument for Thomas. He’s played [in the Ryder Cup] before and guys like Rory [McIlroy] want to play with him because he’s played with him in the past. I’m not going to go through them all.”

Pieters went 4-1-0 in his first Ryder Cup in 2016 and has rebounded in recent weeks with three top-10 finishes in his last four starts, including a tie for sixth at the PGA Championship.

Poulter’s record and aura in the matches (12-4-2) speaks for itself and Stenson, although slowed by a nagging injury in recent weeks, has been a staple in the European team room since 2006.

Casey rejoined the European Tour this year with the singular mission of playing his first Ryder Cup since 2008 and won the Valspar Championship earlier this year after a heated battle with Woods.

Cabrera-Bello made the cut in all four majors this year, including a tie for 10th at the PGA Championship, and would be a natural partner for fellow Spaniard Jon Rahm, who he teamed with at the World Cup. And Wallace now has multiple wins on the European Tour this season, including Sunday’s playoff victory in Denmark.

You get the idea.

“I think it’s a tricky situation for Thomas,” Casey said. “A lot goes into that decision. It’s not just a case of who is playing well. It’s a case of looking at pairings and dynamics and energy and all of these things.”

There will be no shortage of options for Bjorn, which isn’t always a good thing for a captain trying to make the right decisions. That there are already five rookies on the European team may make things a little more clear.

Given the team’s lack of experience, Poulter seems an obvious choice, as does Stenson. But Garcia, who failed to qualify for the FedExCup playoffs this season and hasn’t posted a top-10 finish on Tour since March, hasn’t exactly proven himself match ready. Given the Spaniard’s history, he’s 19-11-7 in eight starts in the biennial matches, Bjorn would likely let El Nino make the call. Which leaves some five or six options for the final pick.

Making picks, which is a combination of art and science, is never easy, but between the two captains it’s clear that Bjorn has a few stressful days ahead of him.