The USGA was at fault at Oakmont, not DJ 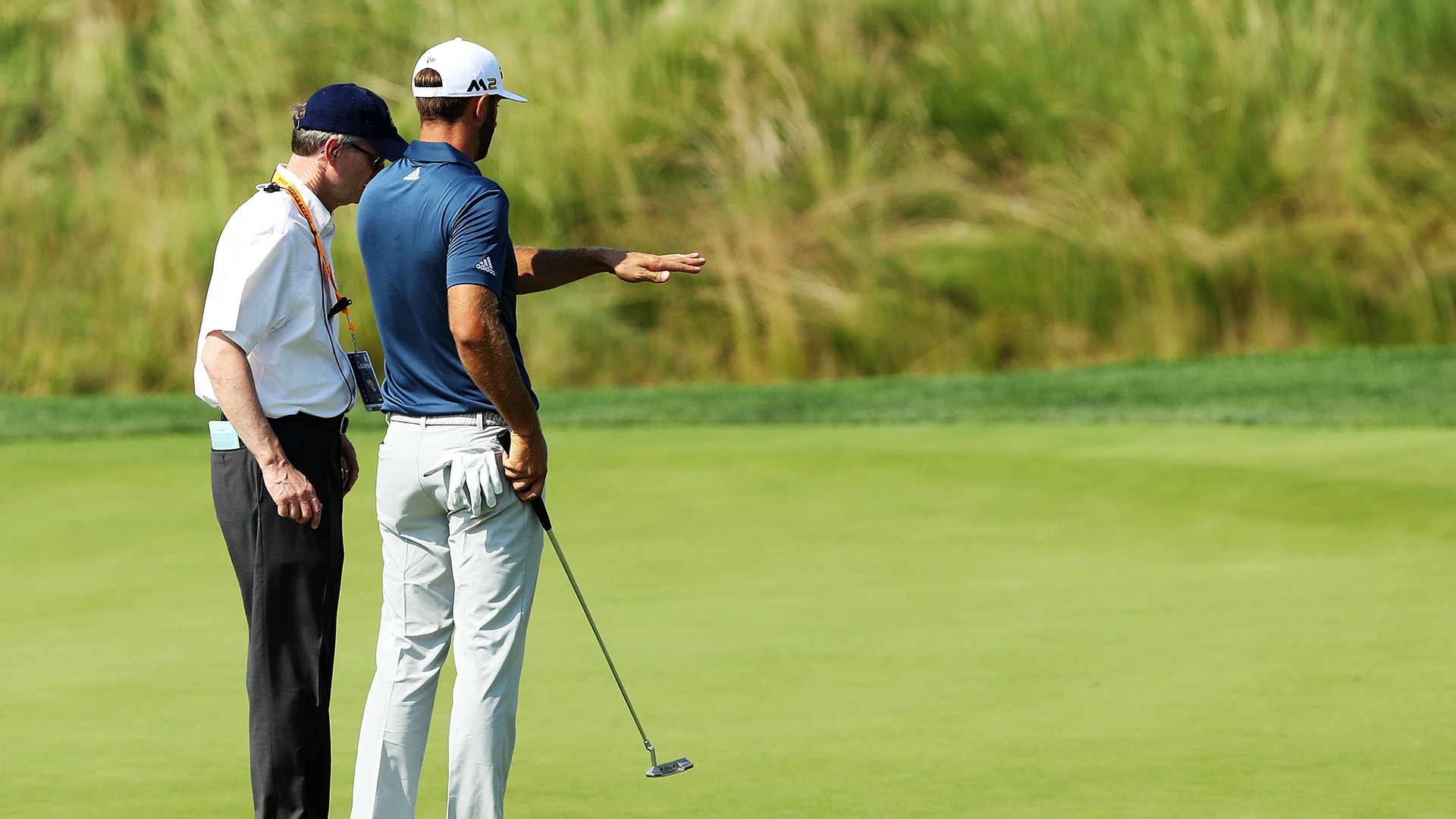 They talked of protecting the field, of safeguarding the integrity of the competition, of making sure the ruling was right, of the importance of weighing evidence.

At one point late Sunday, the USGA’s best minds launched into a lengthy explanation of the preponderance-of-evidence standard used to determine whether Dustin Johnson deserved a one-stroke penalty after his golf ball shimmied on the fifth green.

Whether he should have been docked a stroke is - just to clarify for the public jury - the only real question, regardless of what officials may or may not have seen on the video replay, because according to Johnson and the vast majority of public and player reaction, he did nothing to make the ball move.

“Watching the video, I still don't think I caused the ball to move, but the USGA, they said I did,” Johnson said. “So with the rule, I don't even understand the rule, but I got a penalty. It didn't matter at the end of the day. That's it.”

For reference, Rule No. 18-2/0.5 states: “If it is more likely than not that you caused your ball to move, you incur a one-stroke penalty and must replace the ball.”

That explanation, officials explained, is actually an improvement over the old version of the rule, which was altered this year.

Before the change, players were essentially guilty until proven innocent; now officials depend on a preponderance of evidence, which is this case involved scrutinizing replays on the incident.

“[The rule] doesn't talk in terms of percentages, but it's ‘more likely than not.’ If you were to transcribe more likely than not into a percentage, it's 51 percent or greater,” said Thomas Pagel, the USGA’s senior director of the Rules of Golf. “There's a recognition that there could be some level of doubt there.”

In this case, there was a monsoon of doubt, if not from within the USGA’s rule ranks, then certainly from the cheap seats.

Criticism of the ruling, which cost Johnson a stroke but thankfully not his first major championship, emerged from all corners of the game – from average fans all the way up to the game’s top players including Rory McIlroy and Jordan Spieth.

Spieth, as is normally the case, seemed to have the clearest head. “DJ took the high road to take that penalty. This ordeal cannot be overlooked because of a multiple shot victory,” he tweeted.

Just because Johnson overcame what is widely considered a botched ruling with his stellar play, lapping the field by three strokes after the penalty, shouldn’t absolve the USGA or temper those who should expect better from one of the game’s rule-making bodies.

In theory, these are the brightest minds in golf, and yet by many accounts they either misinterpreted or misunderstood the rule.

When asked if he thought he would have been penalized if Sunday had been a PGA Tour-run event, Johnson’s reaction echoed through the clutter of an overly complicated ruling. “Probably not,” he said.

“Pagel is an awesome official, but I’m not buying the decision,” said one Tour rules official who asked not to be identified because, well, it’s a small community and feelings are easily hurt. “The new decision was meant to protect the player.”

In the confused moments following the end of the competition, USGA executive director Mike Davis declined a television interview, instead sending Pagel and Jeff Hall, the USGA’s managing director of rules and competition, out to face the music.

Maybe in the erudite confines of the USGA’s Far Hills, N.J., headquarters, they got it right; maybe the small print was interrupted correctly and DJ deserved his one-stroke hand slap.

But if disrupting what was otherwise a classic finale with a decision that left players and fans flummoxed is the result, then perhaps the rule is too complicated and in need of a dollop of common sense. And if the USGA didn’t get it right, then it might be time to allow the professionals to take over the rule duties at future U.S. Opens.

Perhaps the most confusing moment of the final round didn’t occur on the fifth green or in the replay room, but late on Sunday as Pagel and Hall dug in after each question as if those asking were at fault.

Although they acknowledged that the situation was not optimal, there was no sense that something had to change – be it the rule or the rule makers. Someone should have been penalized at Oakmont, but it shouldn’t have been Johnson.