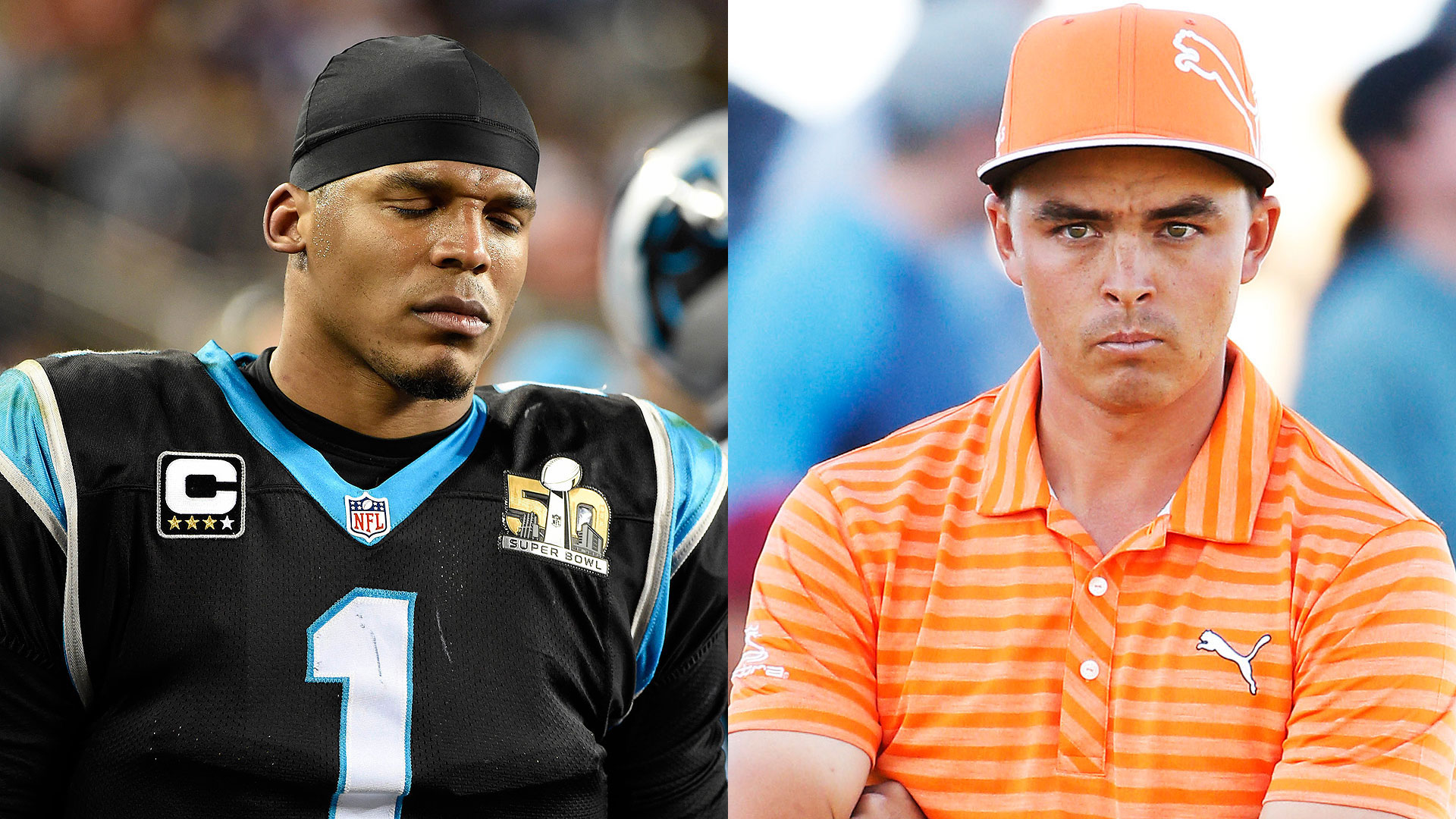 For an entire historic season Carolina quarterback Cam Newton spoke volumes, both with his play on the field and into the hundreds of media microphones that were placed in front of him.

Newton is exuberant and outgoing, much like Rickie Fowler, who has made his own competitive statements lately with four worldwide victories since last May.

But on Super Sunday both opted for varying degrees of radio silence in the wake of essentially similar defeats.

Sure, Newton’s loss in Super Bowl 50 will linger longer than Fowler’s playoff defeat at the Waste Management Phoenix Open, but at such heights pain born from athletic performance isn’t necessarily proportional.

This reality of diminishing returns was evident in both star’s post-play press conferences on Sunday.

Subdued and somber, Newton offered just 87 words to the media following the Panthers’ 24-10 loss to the Denver Broncos, with most no more than clipped, two-word responses.

“Got outplayed,” Newton said moments before he bolted the interview area with a quick, “I'm done, man.”

“I mean, the hard part is having, you know, all my friends and family and Grandpa and my dad who haven't seen me win. But I will be able to kind of hang with them tonight,” Fowler said as he fought back tears. “I’ll be all right. With how good I'm playing, I know I can win. That's the hard part.”

Before you break the Internet debating how misguided are comparisons between Fowler, one of golf’s most likeable if not sometimes guarded players, and Newton, who can be as petulant as he is entertaining, the purpose of this correlation is only to acknowledge the emotions that accompany the enormity of such moments.

“It’s going to hurt because I felt like I had it, especially with the way I was swinging,” said Fowler, who found the water twice on the 17th hole at TPC Scottsdale on Sunday.

“That was a bit unfortunate. I hit it right on line, hit it exactly where I was looking [at No. 17]. That's kind of the unfortunate part to hit the shots that I did and to pull them off and then it kind of backfired.”

To be clear, Newton was not nearly as talkative as Fowler in loss, particularly when asked the keys to Carolina’s defeat.

“Got outplayed,” he mumbled.

But the point is neither player was in much of a mood to talk, and it’s hard to blame them.

It’s all part of the same DNA that makes athletes like Fowler and Newton so entertaining in victory, yet so difficult during emotional defeats.

Some are able to compartmentalize loss better than others. When Jordan Spieth’s birdie attempt at the 72nd hole at last year’s Open Championship rolled wide it cost the 22-year-old more than his name on the claret jug.

Spieth had been vying to win the third leg of the single-season Grand Slam, and yet after he’d signed his scorecard and spoken with the media he joined the crowd behind the 18th green to watch Zach Johnson win the playoff.

Similarly, when Brandt Snedeker struggled to a final-round 77 at the 2008 Masters after heading out in the day’s final group on Sunday he was just as overcome by emotion in his post-round Q&A with reporters, but showed an impressive amount of resilience answering 14 questions.

“You know, I have no clue why I am so emotional. I was laughing outside. I'm crying in here. I couldn't tell you. You know, it's just ...” Snedeker said through tears.

They say players learn more from defeat than they do in victory and in golf the latter is a way of life with even the game’s best players coming up short more times than not. The same can be said of what can be learned about players in victory and defeat.

While it’s easy to think the examples set by Spieth and Snedeker should be the standard, that entirely too simplistic logic ignores individual personalities.

Fowler’s emotion is a measure of how much winning means to him, not a weakness to be corrected.

A few days after his post-Super Bowl press conference, Newton summed it up best: “You show me a good loser and I'm going to show you a loser.” 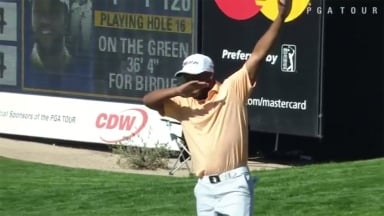 PGA Tour rookie Harold Varner III entertained the 20,000 fans packed in the stands at 16 Thursday, draining this 36-foot putt for birdie and dabbing.