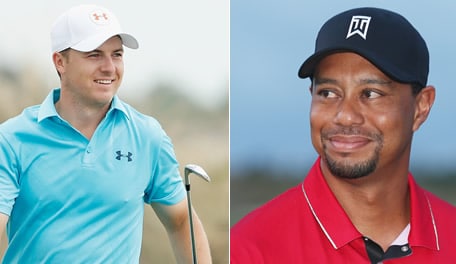 • Tiger Woods was the most reliably brilliant, consistently mind-blowing performer I’ve ever seen.

• Save for golf, hoops and some football, I quit watching TV. The news is too damn depressing. “I’m Wolf Blitzer. Stay tuned, ISIS is coming to your town. You’re in ‘The Situation Room.’” No, Wolf, I’m in depression.

• The United States will position itself as underdogs in 2016’s Ryder Cup. But they’ll likely face more pressure. Pressure to win at home. Pressure to validate the task force. Pressure to come through with what will likely be a far deeper lineup from Spieth to Rickie Fowler to Dustin Johnson to Bubba Watson to Patrick Reed to Zach Johnson.

• Tiger inspired a generation to hit the weights as hard as they hit balls. And yet, Tiger reaches 40 with a broken body. Charlie Epps, the sage instructor who helped Angel Cabrera win two majors, once said of a struggling Woods, “He’s a muscle car in a Formula One race.” Flexibility, not flexing in front of a mirror, should be the goal for a golfer.

• A friend noticed that Spieth, in that buddy commercial riding a bike with a fan, is as natural in front of the camera as Peyton Manning.

• If Padraig Harrington can climb out of a dark hole and win at 43, surely Tiger can.

• Most exciting tournament of the year: The Players.

• Most significant tournament of the year: the Masters.

• Post-golf, Woods could be a good commentator. He was always most comfortable talking about the game he mastered, less so about himself. Would a network pony up, say, $10 million for Tiger to work 10 events?

• For all but Spieth, Rory McIlroy, Jason Day and maybe a few others in their 20s, the Olympics will represent a once-in-a-lifetime experience. The Masters happens every year, the Olympics every four years. Embrace it.

• Olympic heroes from my youth included weightlifter Vasiliy Alekseyev, who clean and jerked sizable buildings over his massive shoulders; Lasse Viren, the distance runner from Finland; and Dick Fosbury, the high jumper who invented the Fosbury Flop, which my brothers and I used to do onto a piles of leaves when we were kids.

• I played recently with the talented young professional, Trey Mullinax, who made the winning eagle putt for Alabama at the 2014 NCAA’s. I asked him if he uses social media and he said he does, primarily to thank sponsors and tournaments after he’s played. “But,” he added, “I still prefer to send a hand written note. It’s easy to tap a few keys on your phone. It takes a little more effort to sit down and write a personal thank you.” It worked for Byron Nelson and Arnold Palmer.

• It could’ve ended better for Dustin Johnson at the U.S. Open, Sangmoon Bae at the Presidents Cup and Suzann Pettersen at the Solheim Cup.

• Look for Billy Horschel to bounce back in 2016. He’s added leg strength, has his swing grooved, and he plays better under the radar with a chip on his shoulder.

• Here’s a moment from 2015 I’ll never forget. On the eve of the final round of the Open Championship, with Spieth on the cusp of serious history, I ran into his mom and dad just outside Rusacks Hotel across from the 18th hole at the Old Course. We chatted briefly about the excitement. Within a minute of the encounter, his mom, Chris, asked me, “How’s your oldest boy doing?” She had remembered a conversation we’d had months earlier about my son playing basketball at Muhlenberg College, a rival of her alma mater, Moravian College in Pennsylvania. The point is, it wasn’t all about her son, great and famous as he is. It told me, right there, about the kind of household in which Jordan was raised, that he was taught to think about others. Jordan gets that. From his parents.

• That wasn’t a run Day went on from Canada through the BMW Championship. That was a rampage. A running-of-the-bulls, Leonard Fournette- against-a-high-school-team-flatten-everything-in-sight rampage. Spectacular.

• Underrated tournaments of 2015: the Valspar and the John Deere. Spieth and Spieth.

• In an attempt to deflect attention from my deteriorating golf skills, I’m tuning into nature more on the course. “Isn’t it nice to be out here on such a pretty day?” That’s code for: I stink. “Hey, Rich, what’d you have on 11?” Me: “Look how nice that flower bed is.” Partner: “Rich had double.”

• My semi-bold prediction for 2016: Spieth, McIlroy and Day will all be in contention going to Sunday of at least two majors and likely three.

• You’ll hear us ask players on more than one occasion in 2016, “What’s your schedule look like?” And, “How excited are you about the Olympics?”

• Spieth’s facing the most pressure in 2016. Anything less than one major and three wins and people will ask, “What’s wrong?” Anyone think he can’t handle the heat?

• My old Calcutta partner from 1988, Gary Jack Freedson, used to say over a crucial putt, “This is bigger than big.” Next year, with The Players, four majors, FedEx Cup and the Ryder Cup on the men’s side, plus five majors for the women AND the Olympics for both, is bigger than big.

• Thinking of Jim Nantz’s winning call on Phil Mickelson’s great unburdening at the 2004 Masters, “Is it his time? Yes! At long last, it is.” Is it Henrik Stenson’s time? Dustin Johnson’s? Sergio Garcia’s? Matt Kuchar’s? Lee Westwood’s?

• If Spieth and McIlroy are headed to higher historical ground, they’ll have to climb over Day to get there.

• A colleague who was there says Tiger at his Hero World Challenge was as friendly, huggable and relaxed as they can ever remember. Greatness and achievement can be a burden.

• Drives of the year: Fowler on the 72nd hole of The Players and Day on the 11th at Whistling Straits in the final round of the PGA Championship with a 382-yard tracer.

• Missed putts of the year: Dustin Johnson on the 72nd hole at the U.S. Open and Spieth on the 71st hole at the Open Championship. 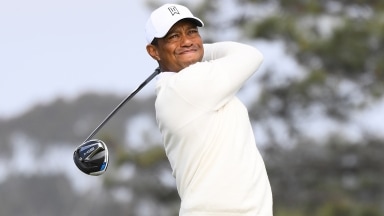 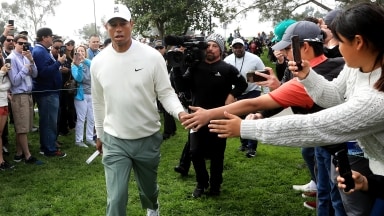 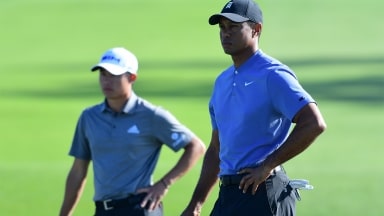