Tiger's tale both fantastic and cautionary 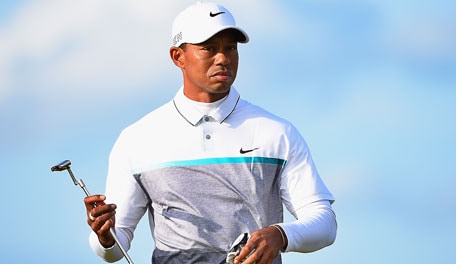 People watched. Millions who didn’t know a fairway from a subway, and it didn’t matter because this wasn’t golf, this was magic.

And so you told your friends, ‘Hey, you NEED to see this,’ and for a decade he never failed to deliver the full Copperfield, obliterating every idea of what you thought was possible, each shot and each finish more outrageous than the last. He turned mistakes into miracles. He made the remarkable routine. He was the most reliably brilliant performer EVER. No mere professional golfer, but a professional tournament winner – Ernie Els describing the shadow cast by Woods as so big that it could only be matched by Ali or Pele in their day.

He did it in staggering runaways, in the cradle of history, in must-make pressure cookers, in the company of legends, in the dark in Akron, over the water in Canada, along the coast at Pebble, on top of the world at Kapalua, with one driver at Hoylake, and on one leg at Torrey. He did it all, not just moving the needle but spiking it, driving ratings and rantings, whipping up all this energy with presidential security, media, and massive crowds following his every single step.

You swore he wouldn’t be swallowed by fame, not Tiger Woods, too locked in on his goals, on being the best to ever play. Turns out, he would become the transcendent golfer, but as well, another tarnished symbol in a decade in which baseball players and banks and real estate, among other institutions, were garishly inflated only to burst and lose the public trust. By late 2009, Tiger, like so much in America at that time, was broken.

Still, long term, barring any untoward revelations, Woods does not belong in the Pete Rose, Marion Jones, Alex Rodriguez, Lance Armstrong league of scandal ridden mega stars who violated the rules of their sport, but rather in the Michael Jordan, Joe Montana and Babe Ruth pantheon of sports legends.  He was that good, his transgressions, so far as we know, personal.  And yet, there’s a tinge of disappointment in assessing Woods, if only because the promise was so immense, because he was going to blow past Jack Nicklaus and that’s now unlikely, because the detour was so jarring and his fall so humiliating and steep, because the integrity didn’t match the ability.

He started out headed for mythic status. At 40, he’s just a man, with all his successes and his failures, spectacular as both have been. His is a fantastic and cautionary tale, especially for the generation he inspired. Go forth and win, win big, but be careful not to lose your way.