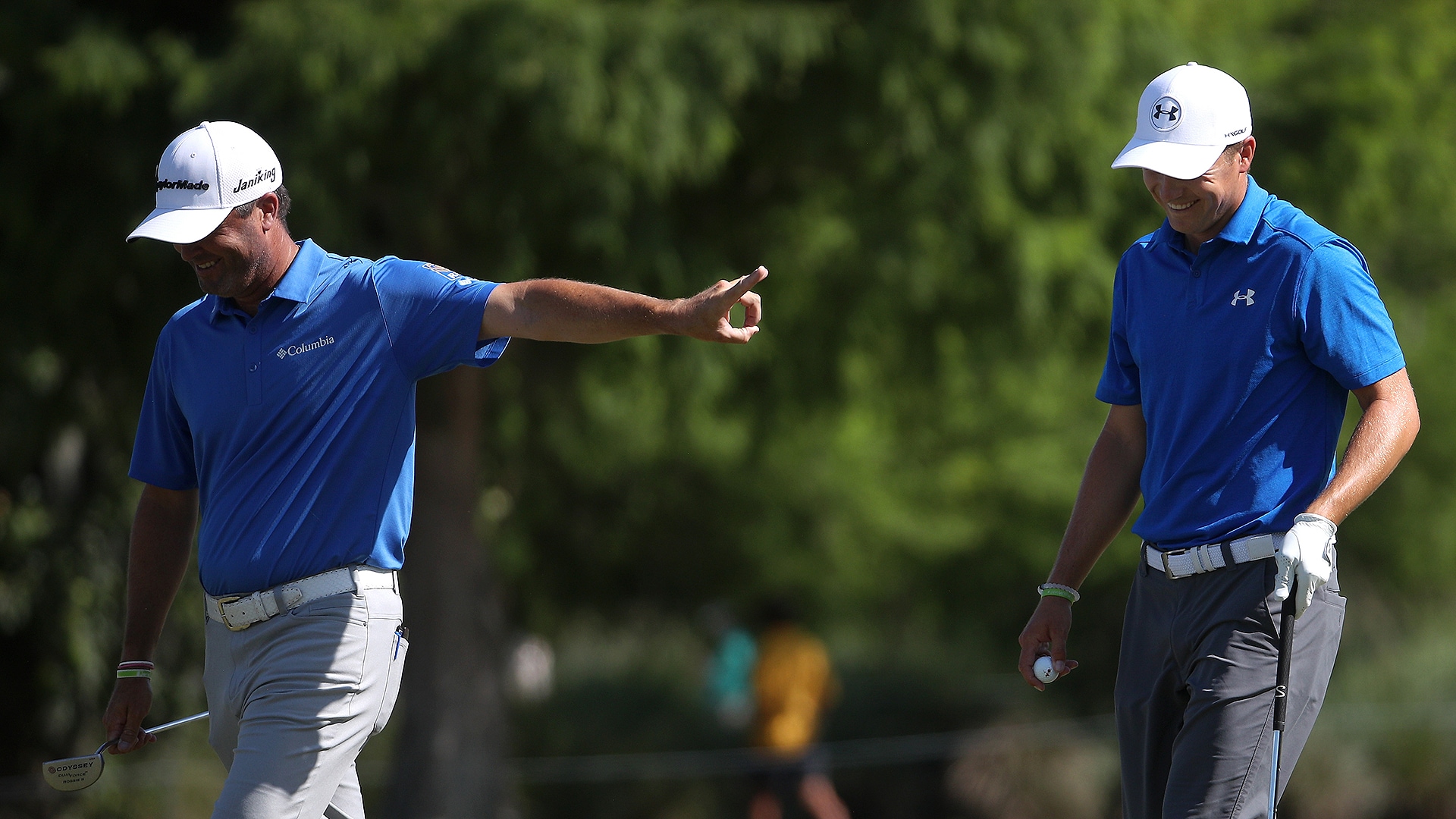 AVONDALE, La. – Most successful partnerships made a pact this week at the Zurich Classic.

“We agreed that we weren’t going to apologize to each other,” said John Peterson, who has teamed up with former LSU teammate Andrew Loupe. “We think that’s the coward’s way out. We said that we were going to sack up and go hit the next shot. There’s no sense in sitting there and apologizing to your partner; then it becomes a sob story.”

And the mood at TPC Louisiana was anything but glum.

What is normally a difficult format for scoring actually proved quite favorable Thursday as the PGA Tour’s first official team event since 1981 kicked off with warm temperatures and little wind.

Texans Jordan Spieth and Ryan Palmer shared the lead at 6-under 66, along with Kyle Stanley and Ryan Ruffels, who met at an Australian event two years ago and share the same management company. Forty-three other teams broke par on Day 1. Those hoping for train wrecks will have to wait until Saturday, when the wind is forecast to gust up to 40 mph – the worst opening-round score was 77.

In some respects, players have yet to fully embrace the team component – most played only nine holes of alternate shot in practice, and there is neither team warmup sessions nor wardrobe scripting – but they definitely seemed to enjoy the competitive change of pace, laughing off bad shots and high-fiving after birdies.

“This was the most fun I’ve had on a Thursday all year long,” Peterson said.

“It was really refreshing,” said Ben Martin, who shot 67 with Ben Crane, “because I think sometimes, even though it’s great what we get to do, it can get monotonous. You do the same thing over and over every week. I think it was a great idea for the event and you can get some more excitement, not only for the people watching, but all of us were excited to play the format.”

Only a handful of players in the field had played alternate shot before, either in a Ryder, Presidents or World Cup.

It’s an awkward game to play, for two reasons:

1. It’s hard to get in a rhythm. Players can go through stretches when it seems like they only hit some chips and putts. If they hit a bad shot, they have to wait another 15 minutes before they can make another full swing. Their speed control can be lacking, too.

“It was harder than I originally envisioned it being,” said Daniel Berger, who shot 73 with Thomas Pieters. “You’re only hitting so many shots at a time. I feel like I only hit, like, three mid-irons today.”

2. There is more pressure. Not only do players feel pressure for themselves, but they also want to impress their partner and leave them in a good position to succeed. Every shot carries a little bit more weight.

“Foursomes is a game of pressure,” said Geoff Ogilvy, after an opening 69 with Ian Poulter. “You feel guilty constantly, even with a good shot, because you always think it could have been better to leave your guy in a better spot. Foursomes is tough mentally.”

Tuesday was the first time that the 18-year-old Ruffels had ever played alternate shot. It was hard to tell in the opening round, when he and Stanley made eight birdies, including four in a row to start, to share the early lead.

“I found it quite easy,” Ruffels said, “because whether the shot is good or bad, you don’t have to worry about the next shot. You can go up there, freewheel it, and think, I want to hit a good one here, but if I don’t, Kyle has to deal with it.

“We made a mutual agreement that we weren’t going to say sorry. We’re both trying our hardest on each shot, and we were going to hit bad ones and good ones.”

But deep down, they’re praying for more of the latter.