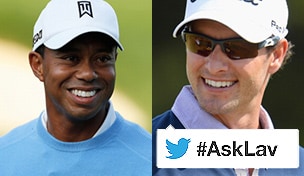 Getty Images
KIAWAH ISLAND, SC - AUGUST 08: Paul Lawrie of Scotland poses at the sign for the 15th hole during a practice round of the 94th PGA Championship at the Ocean Course on August 8, 2012 in Kiawah Island, South Carolina. (Photo by Ross Kinnaird/Getty Images)  -

… Just 18 days after Henrik Stenson pocketed $11.44 million, and three days after the Americans waltzed to another Presidents Cup victory, and, oh, about five months before the casual fan once again pays attention to our sport.

Alas, the PGA Tour rolls out its opening act this week with a few too many C-list actors, a Cottonelle-soft field with three top-50 players in what seems like an extension of the Web.com Tour Finals. Oh, yes, this week we’re about 2,500 miles from the winners-only lineup in Hawaii, both literally and figuratively.

No matter. The start of a new season means season previews, prognostications and predictions.

No surprise that Woods and Scott are on this list, for they’re both good bets for multiple-win seasons and possibly a major. McIlroy is poised for a bounce-back season, if only because 2013 couldn’t get much worse, and Kuchar is too steady not to pick up a major title, and perhaps even a POY, at some point.

We’re all-in on these guys this season. It is mind-boggling that Day, still just 25, has only one PGA Tour title to his credit, and that was back in 2010. Last year we predicted that Bradley would win Player of the Year, and that clearly didn’t pan out. (No victories. Sigh.) So now we’re doubling down with the 27-year-old Bradley, who possesses the kind of power game that, when he’s on, can blow away a field.

Donald needed to scramble just to make it to East Lake for the Tour Championship, but the former world No. 1 should return to his winning ways after spending more time with his new long-game coach, Chuck Cook. Barring any healthy setbacks, King Louie will once again be a week-in, week-out force, and maybe this will be the year that Johnson finally puts all of that awe-inspiring talent to good use.

Great stories, all of them, but they almost have nowhere to go but down this season. Hennie Stennie ascended all the way to No. 4 in the world after a late-season surge with five top 3s in his last seven worldwide starts, but how long can that red-hot form continue? Stricker had the best winless season in golf last year, maybe the best ever, but he’ll be 47 in February. Dufner had a largely forgettable 2013 before Akron (and then the PGA), and Spieth, 20 years old and arguably the hottest commodity in golf, will be adjusting to life as a superstar.

Rookie of the Year: Hideki Matsuyama

At 21, Matsuyama has an incredibly high ceiling and will look to build on what was already a strong start on the 2013 PGA Tour, when he had six top 25s in seven starts, including a pair of top 10s at the majors. Kid will be a star.

Putnam, 30, was the leading money winner on the Web.com Tour, but that kind of success has yet to translate to the big circuit, where he has only one top 10 in 62 career starts. Martin, 26, was a two-time winner on last year’s Web.com Tour, while the 25-year-old Lovemark will look to avenge an injury-plagued rookie season in 2011.

DeLaet is thisclose to breaking through and winning on the PGA Tour, and after a 2013 campaign that saw him record seven top 10s, he seems a good bet to close the deal this season. The same goes for Walker, who gets better each year and would surprise little if he picked off an early victory during the fall or the West Coast swing. As a rookie in 2013, Hoffmann had seven top 25s and displayed the kind of talent that made him a can’t-miss prospect out of Oklahoma State.

Now, your mailbag questions for this week:

@RyanLavnerGC who do you think will have a breakthrough season and at what point in the season do you find this happening? #AskLav

Already mentioned Keegan Bradley and Jason Day, who are poised to break into the worlds elite this season, but all signs point to Brandt Snedeker capturing his first major title in 2014, perhaps as soon as Augusta. Already one of the worlds best putters, his ball-striking stats are markedly improved from a year ago. Further down the world rankings, this could be a breakout year for Peter Uihlein, who should play more in the U.S. once he moves into the top 50 in the world rankings. That could come as soon as this month, depending on how he plays in the European Tours Final Series. And, going deeper, keep an eye on Matt Jones, who was ranked 303rd in the world after Bay Hill in March but is all the way up to 97th. The Aussie reached the third leg of the FedEx Cup playoffs and has four top 10s in his last seven starts.

@RyanLavnerGC do you believe that the kuchar-tiger pairing is something to look for come the Ryder Cup? #AskLav

Absolutely. Ryder Cup captain Tom Watson would be foolish to overlook how they performed together at Muirfield Village, where they went 3-1 in team play. Think back to the 2009 Presidents Cup. Woods and Steve Stricker teamed for the first time and went 4-0. A year later, they posted a 2-1 record at the Ryder Cup in Wales. Barring some drastic downturn in form, expect Tiger to resume the role of Carlton at Gleneagles OK, maybe not.

Feel your pain. Growing up in western New York, I had to get creative with my practice. My first thought was to work on my putting, but for some reason my parents wouldnt let me get the carpets down to 12 on the Stimpmeter. So I focused largely on my long game. I hung a net in the garage, bought a cheap mat with pseudo-grass and swung away. With a space heater nearby, of course.