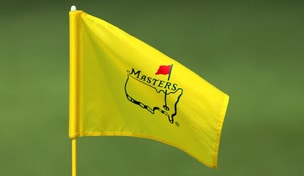 Getty Images
SCOTTSDALE, AZ - FEBRUARY 06: A group of fans decked out in western wear hang out near the 11th tee during the third round of the Waste Management Phoenix Open, at TPC Scottsdale on February 6, 2016 in Scottsdale, Arizona. (Photo by Chris Condon/PGA TOUR)  -

PALM BEACH GARDENS, Fla. – This Road to Augusta is littered with potholes, roadblocks and detours.

Tiger Woods is in need of a physiotherapist. Rory McIlroy could use a punching bag. Phil Mickelson and Henrik Stenson might want to cue a highlight tape of their 2013 seasons.

And at the end of a star-studded Honda Classic – which, you might recall, featured seven of the top nine players in the world – there was No. 8 McIlroy squaring off against No. 77 Ryan Palmer, No. 110 Russell Henley and No. 206 Russell Knox.

Not exactly the showdown we anticipated.

It’s easy to chalk that up to coincidence, a bad week for a lot of good players on a course that doesn’t always identify the best talent in the field. (Anyone remember the 2013 final group of Michael Thompson and Luke Guthrie?) But the biggest takeaway is that in the absence of a dominant star, golf is deeper and more unpredictable than ever, and the sport faces three major questions with Masters Monday now only five weeks away.

The biggest question, of course, is: What’s wrong with Tiger?

Already off to his slowest start ever as a pro, Woods bailed with five holes to play Sunday, citing lower back spasms. That’s the same injury that sent him to his knees in pain during The Barclays in August, and the same injury that forced him to shelve the clubs during the winter. Not particularly sharp in any of his three appearances this year, it’s unknown whether that suspect play is because of inactivity or injury, or perhaps a combination of the two.

What’s clear is that both his short- and long-term future is in doubt. His reign at world No. 1 could end this week at Doral, and his Masters prospects (and beyond) will grow even bleaker if his condition does not improve. Soon.

Will Woods, at 38, ever enjoy another injury-free season? Only once in the past seven years (2009) has he not had to skip a tournament or withdraw because of injury. That the official reason has been five different ailments (knee, Achilles, neck, elbow, back) only provides further proof that his brittle body is breaking down.

But with all of the focus on Woods, let’s not forget that his chief rival hasn’t exactly sprinted out of the gates, either. Since winning the Open last July, Mickelson has just one top-10 in his last 12 PGA Tour starts, including last week’s trunk-slammer at the Honda. After six starts he ranks 114th in putting – an ominous sign with the Masters fast approaching.

The phasing out of the old guard leads directly to the season’s second big question: Is the PGA Tour’s youth movement here to stay?

No doubt, as Henley, 24, became the eighth under-30 winner in 15 starts this season, following the triumphs of Webb Simpson, Chris Kirk, Dustin Johnson, Harris English, Patrick Reed, Scott Stallings and Jason Day. Henley is also now one of four players under 25 with multiple wins.

The best young player of them all, of course, is McIlroy, 24, and he hasn’t won on the PGA Tour in 18 months. That he was in contention in his third consecutive stroke-play event was encouraging, but his Sunday 74 at the Honda was his biggest setback since the mid-round walk-off a year earlier. In command all week, and with no one racing to catch him on the final day, McIlroy lost five shots to par during an 11-hole stretch and failed to birdie the par 5 in the playoff.

“It was a perfect opportunity to win,” he admitted afterward, and moral victories are of little interest to a former world No. 1 with grand ambitions.

Assuming he can dust himself off, McIlroy, a two-time major winner already, figures to once again be a factor at all of the year’s biggest tournaments. But for all of the talk about the Tour’s new breed of stars, he is one of the few 20-somethings who have enjoyed success in the majors in recent years. Of the 33 majors since the 2005 PGA, only nine have been won by a player in his 20s. Sure, there remains a learning curve, but the major championships are more wide open than ever before.

Oh, and speaking of majors, the season’s other big question: Who is the early Masters favorite, anyway?

In our instant-analysis world, the answer seemingly changes every week. First it was Jimmy Walker. Then it was 2012 champion Bubba Watson. Then it was Match Play champion and last year’s late leader, Jason Day. Now, it seems, it might be whichever big star can shake off the early-season doldrums and rise to the occasion.

Hey, no one ever said the Road to Augusta was a straight shot north.