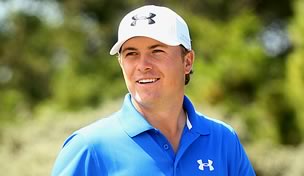 WINDERMERE, Fla. – A year ago this week, before the fame and the records and the money games with Phil, Jordan Spieth was here, at the Isleworth Collegiate Invitational, as just another student-athlete on the University of Texas golf team.

Funny thing, too: Spieth didn’t even win the event last year. (He finished fifth.) It was his final start before bombing out at Q-School’s second stage, which became the unlikely starting point for arguably the best rookie campaign since the ’90s.

Now, a year later, his former college and amateur opponents marvel at the ascent of an American golf superstar but also believe that they, too, can produce similarly eye-opening freshman campaigns.

“It’s crazy to think that somebody, basically a peer of mine, is out there doing that,” said Texas freshman Beau Hossler, 18, who was nipped by Spieth for low-amateur honors at the 2012 U.S. Open. “I think it motivates everybody in the field. I think it provides a good steppingstone to try and achieve.”

This fall, the Longhorns Spieth left behind gathered in the lounge at the University of Texas Golf Club and watched his tournaments on TV – they watched as he birdied his way into contention again, and cashed another big check, and let his legend grow.

Ask just about anyone in college circles about Spieth, and they’ll say they’re surprised not by his rise – it was coming somehow, some way, and at some point – but rather the velocity with which he rose. Mind-bogglingly meteoric.

Granted, all the signs of a superstar-in-waiting were already there.

In 2008, Cory Whitsett and Spieth, then 15, were vying for one of the most prestigious AJGA titles at the Ping Invitational. Whitsett had a four-shot lead to start the final round at Karsten Creek, but Spieth stormed out of the gates early, burying four putts of 30-plus feet during a front-nine 31 on his way to a final-round 68 – easily the best score of the day – and a two-shot victory. Never mind, of course, that it was chilly, and it was breezy, and the course was already one of the most difficult venues a junior can play.

Spieth went on to win multiple U.S. Junior titles, and he was the youngest member of the 2011 U.S. Walker Cup team. He didn’t lose a match at Royal Aberdeen, thanks largely to one of the most spectacular shots that Texas coach John Fields had seen in years. Paired with Patrick Rodgers, Spieth sank a slippery, left-to-right, 18-footer on the 18th hole to halve the match.

“That guy loves that moment,” Fields said. “For some reason he’s able to achieve in those kinds of situations and rise to the occasion.”

That’s what happened at Texas’ home tournament, the Morris Williams Invitational, in spring 2012. Down by one shot to teammates Julio Vegas and Dylan Frittelli, and with only the 517-yard, into-the-wind, par-4 18th to play, Spieth had a 4-iron left into a tucked pin that was surrounded by water.

“The area to land it,” said Texas’ Toni Hakula, raising his hands about shoulder-width apart, “was about this big.”

Spieth airmailed the green, his ball rolled into a grassy patch in the hazard, and his chances for victory seemed slim. Only he calmly assessed his situation – downhill chip, with about 15 feet to work with – and then knocked in his third shot to share medalist honors.

“It was just like, this guy,” Hakula said. “We should have seen that coming. In his head, he knew that he was going to make that.”

That’s what happened at the 2010 Azalea Invitational, where Spieth flagged a long iron into the final green to post a top-5 finish against players who were four, five and sometimes six years older.

And that’s what happened at the 2012 NCAA Championship, where on the 15th hole of a hotly contested match against eventual Player of the Year Justin Thomas, Spieth holed his second shot into the long par 4 and helped propel Texas to its first national title in more than 40 years.

“I’ve seen it so many times, nothing really surprises me,” Fields said. “He has that intangible to hit an amazing shot at the right time.”

The latest, and most memorable, highlight-reel shot, of course, came at the John Deere Classic, where Spieth holed a bunker shot on the 72nd hole to force a playoff.

That day, Hakula flew back home to Finland and went to bed early. At the time, Spieth was down three with three holes to play. Hakula figured it’d be just another good finish in a year full of them, but when he woke up and saw his mother downstairs, she screamed, “Jordan won!”

“I was kinda pissed I missed that,” Hakula said, “but obviously I’ve seen the highlights a million times.”

There’s no simple way to explain how a player, in one year, can go from finishing fifth at a college event to winning a PGA Tour event, banking nearly $4 million in earnings, representing his country at the Presidents Cup and becoming the biggest teen sensation since Tiger. But if nothing else, it gives these players hope that they’re not too far removed from the PGA Tour’s biggest stages.

Said Hossler, “If you know him really well, you could see exactly how this rise happened. He’s probably the most confident guy I’ve ever met. He believes in himself and makes confident and risky decisions, and it always seems to work out for him.

“What separates him is when he gets it going, he fires on all cylinders and really gets it going; he goes low. It’s hard to go low like that. But he makes a lot of bold decisions when he’s playing well, and they always seem to pay off.”

“He’s just been great at any level he’s ever been,” said Whitsett, now a senior at Alabama. “I didn’t see it coming this fast, and I figured he’d get there eventually. But he possesses more confidence than any person I’ve ever seen. His self-belief. It’s a toned-down cockiness. I think that’s his biggest attribute and what got him to where he is. He’s had it forever.”

Indeed, the peers he raced by remember it vividly.