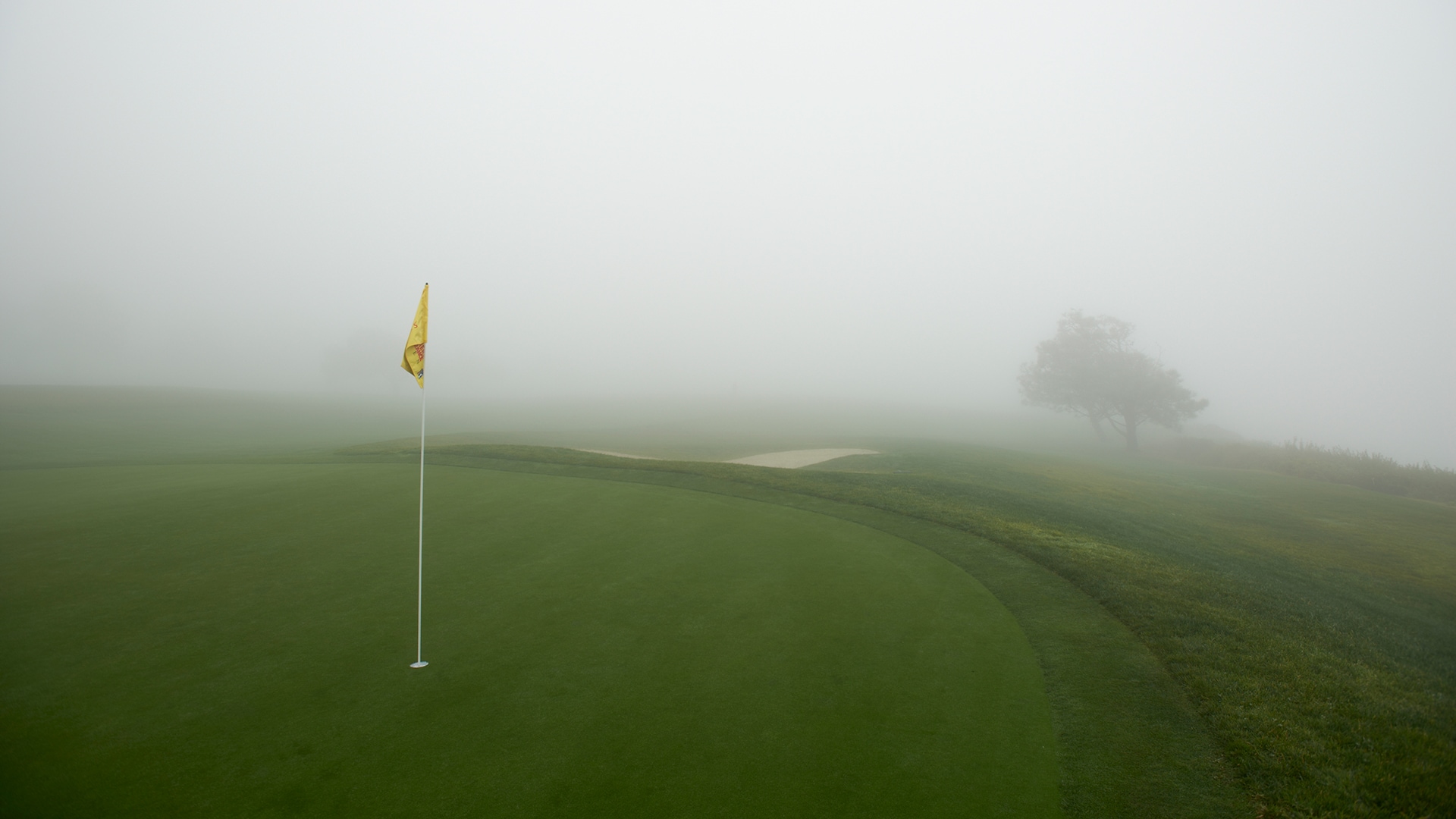 SAN DIEGO – Torrey Pines’ vaunted South Course annually ranks as one of the most difficult non-major venues on the PGA Tour.

“It sounds like the apocalypse is coming,” Jimmy Walker said.

Which means that Sunday should be wildly entertaining for just about everyone but the 71 players still alive here at the Farmers Insurance Open.

Rookie Michael Kim has played hundreds of rounds on the South Course and can’t ever recall playing in winds stronger than 30 mph – it’s Southern California, after all. But gusts in the final round are expected to exceed 50 mph, which should wreak havoc on scores because the fairways are already framed by deep, juicy rough.

Scott Brown and K.J. Choi lead at 9-under 207, but it’d be a massive surprise if, given the forecast, the winning score was that low. Fourteen other players are within three shots of the lead heading into what will be a lightly attended final day.

“It sounds like it’s going to be brutal,” Brown said. “I think even par is a really good score tomorrow from the way the course has been playing so far.”

Only eight players shot a round in the 60s Saturday, on a day with little wind. That group includes Jimmy Walker, who birdied the last two holes for a 68 and now sits just one shot off the lead.

Walker grew up in Oklahoma, played college golf at Baylor – located in Waco, Texas – and said he is comfortable flighting his ball into the wind. To win, though, he knows he can’t once again hit three of 14 fairways and rely on “short-game wizard stuff.”

In fact, fairways hit might be the most important statistic Sunday. With severe crosswinds on several holes and the course stretched to 7,700 yards (the longest on Tour), players will need to take lines over bunkers, hazards and cliffs just to keep the ball in the short grass.

Three holes played at least three-tenths of a stroke over par Saturday – and that was with virtually no wind.

The worst conditions that Brown, whose lone Tour title came at the 2013 Puerto Rico Open (where he outlasted a 19-year-old named Jordan Spieth), said he ever played in was at the 2011 Web.com Tour Championship, when the winds ripped 35 mph over the weekend. He finished second that week.

“I enjoy the grind of it,” he said. “I like conditions to be tough, and I like tough golf courses. I think we’re going to have both tomorrow.”

The final round figures to be as much a mental challenge as a physical one, which should help thin out the list of contenders.

Gary Woodland, who is one shot back, said he was excited when he heard the forecast.

“That’s what you want,” he said. “You want it to be as tough as you can. You want to go out there and earn it.”

And the winner Sunday – after surviving heavy rain, strong wind and a brutal U.S. Open-type setup – will most certainly deserve it.