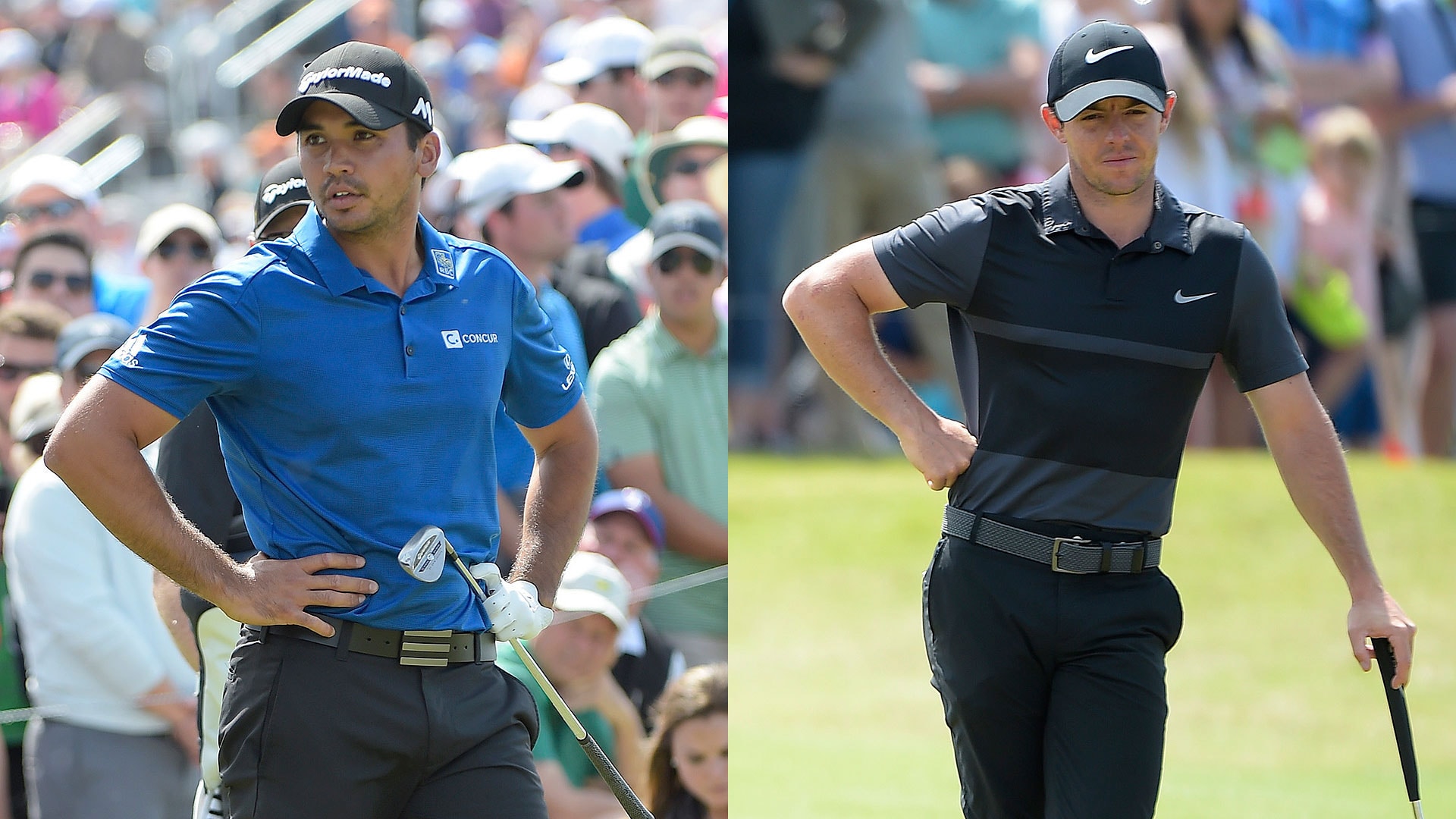 AUSTIN, Texas – Savor this while we can, the blockbuster clash between two of the top three players in the world.

For dimpleheads, it’s the barroom debate that has raged since last summer: At the peak of their powers, who's the best: Jason Day, Rory McIlroy or Jordan Spieth?

Spieth withdrew himself from consideration this week with a loss in the round of 16 at the WGC-Dell Match Play, much to the disappointment of the partisan crowd here that has lustily cheered the three-semester Longhorn. But Day and McIlroy both won their quarterfinal matches in convincing fashion Saturday, setting up a rare duel between two of the most physically gifted players on the PGA Tour, between the last two winners of this grueling, five-day, seven-match slugfest.

“I’d really relish it,” McIlroy said, when the matchup wasn't yet guaranteed. “I’d really be up for it.”

“I’m looking forward to being able to play against Rory, especially in this format,” Day said about an hour later. “We don’t get to do that too much.”

No, they don’t. It’s only the second time in the event’s history that two of the top three players in the world have faced off in the semifinals (No. 2 McIlroy beat No. 3 Lee Westwood in 2012).

And to think, four days ago they seemed so unlikely to meet.

Four days ago, Day was hobbling up the 16th fairway, holding his back, dropping to one knee, his bulging disk inflamed and putting the rest of his week – and his Masters readiness – in doubt.

Four days ago, McIlroy was coming off a sloppy performance at Bay Hill and in a dogfight with the unheralded Thorbjorn Olesen, in need of a par on the last for a 1-up victory in his opening match.

Since then, Day has lived on the massage table while still finding a way to drive par 4s, and McIlroy’s confidence has grown to the point that, whatever happens Sunday, he believes he is fully prepared for the rigors of the year’s first major, now just 12 days away.

As often as they’re linked by fans who crave a rivalry and a modern Big 3, Sunday’s semifinal match will provide a deeper look into their similar games and disparate styles.

Yes, they boom tee shots, launch sky-high irons and rack up birdies. But Day is violent, and aggressive, and tenacious. McIlroy is an insouciant ball-striker who struts around the course.

“On the green is going to be the biggest difference tomorrow between me and Rory,” Day said. And if that’s the case, if their match becomes a putting contest, the Australian would enjoy a significant advantage, for he is the No. 2-ranked putter on the PGA Tour this season, while McIlroy, who recently switched to a cross-handed method, is ranked 95th.

Though Day says he is still limited by a sore back that has required treatment, stretching and good rest each night, he has played 19 fewer holes this week than McIlroy (69-88), a byproduct of stellar play, slumping opponents and Paul Casey conceding after six holes Friday because of a stomach virus.

“Any sort of advantage I can take,” Day said, “I need against him. He’s obviously a fit-looking bloke, so I don’t think he’s going to have any trouble with that.”

But the back soreness doesn’t appear to be hindering Day’s game, either.

One up against Brooks Koepka, he smashed a 367-yard drive, then hit a towering 8-iron from 189 yards to 10 feet for a conceded eagle on 12. On the next hole, the short 13th, he drove the green. Two holes later, he took a seemingly unthinkable line over a hospitality tent, a 368-yard bomb that all but secured his quarterfinal victory.

Funny, because his week that began with him nearly withdrawing because of injury culminated Saturday with his return to world No. 1.

“It’s the weirdest thing,” he said.

There’s been nothing odd about McIlroy’s week. After steamrolling Chris Kirk with four back-nine birdies, McIlroy now has a 12-match unbeaten streak and is just two more wins from joining Tiger Woods as the only players to defend their Match Play titles.

All spring, McIlroy’s goal was to get a win before Augusta. Sunday is his final chance, and he’ll have to get past not only Day, but also the winner of the Louis Oosthuizen-Rafael Cabrera Bello match.

“Getting wins, you do get momentum with every single round that you get through,” McIlroy said. “You can feel it build and you can go with it.”

Obviously, one 18-hole match won’t provide a definitive answer about who is better, McIlroy or Day, but these head-to-head battles between stars are increasingly rare, especially in this fickle format.