Fight on: USC coach Gaston back after cancer battle 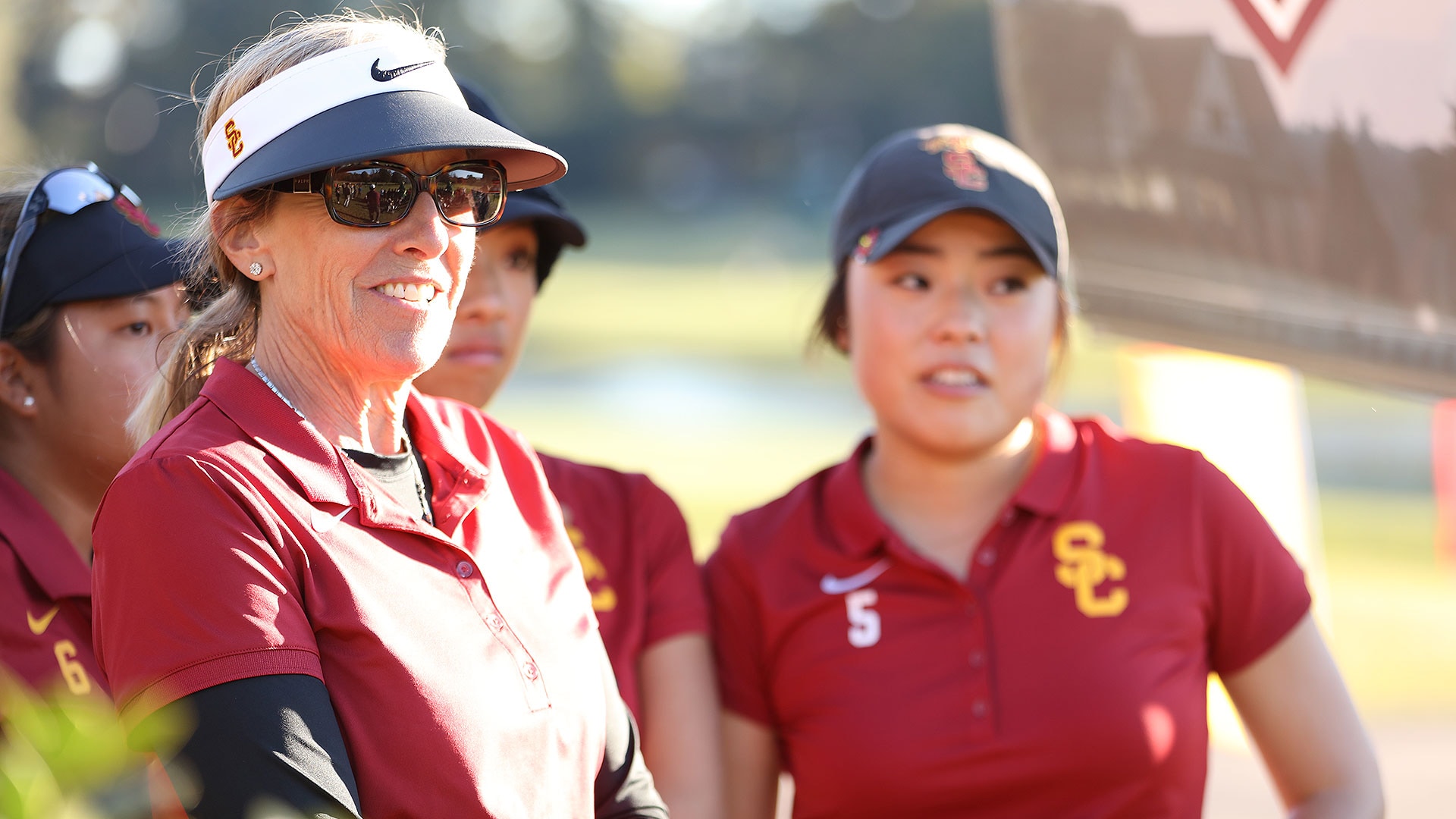 ATLANTA – Already despondent after a playoff loss in the semifinals of the NCAA Women’s Championship, Southern Cal coach Andrea Gaston gathered her team for the most difficult speech of her Hall of Fame career.

On the putting green at Rich Harvest Farms, with their opponents celebrating just a few feet away, Gaston told the Trojans that they had a great season. That no one expected them to advance that far. That she was proud of them.

For two months, Gaston, 59, had kept her health a secret, revealing her diagnosis to only about 10 of her closest friends. Doctors determined that she could delay surgery until after nationals, and so she didn’t tell any of her bosses at USC. She came close to telling her assistant coach, Stewart Burke, over an early-week dinner at nationals, but she ultimately decided against it, so she didn’t ruin his first NCAAs.

Then the moment arrived after the crushing loss last May, and nothing was planned, and it all just came spilling out. She had uterine cancer. Surgery was planned for later that week.

“It was a shock for me,” Burke said. “It was heart-wrenching.”

Men’s and women’s scoring from the East Lake Cup

And yet, when she was diagnosed in March, Gaston chuckled at the latest obstacle put in her path. She was only 15 when she lost her mother to colon cancer. Her grandmother also passed away early, at 61 to breast cancer. It’s one of the main reasons why she didn’t tell her players – she didn’t want to scare them.

“These are young people, and they haven’t lost anybody near and dear in their life like I did. I didn’t want to shock them,” Gaston said. “I didn’t want them to be afraid. Everyone is afraid of that word ‘cancer.’

“But I went through that early in life, and I said that I would never allow myself to be afraid of something I’d come up against, if there was something that I had to battle. I was unafraid.”

Gaston is coaching USC this week at the East Lake Cup, just as she has for all three of the Trojans’ events this fall. The past five months have been eventful: She underwent a 6 1/2-hour procedure to remove the tumor and some additional lymph nodes; had three radiation treatments; reconnected with dozens of former players; and, yes, returned to work, as dedicated and driven as ever.

A day after the surgery, Burke checked on Gaston in the hospital. “The first thing she said to me was that a pretty high-profile player had just gotten a release and sent it to us, and she asked if I had spoken to her yet,” Burke recalled, laughing. “I had gotten the release at 11:45, called the player at 12, I was in the hospital at 2, and she was already asking what my thoughts were. That’s when I knew she was in safe hands.”

The rest of the team came to visit a few days later. They were stunned to see her walking around the hallways of the hospital without any assistance.

“Seeing how well she was recovering,” He said, “it was a sense of relief, knowing she was going to be OK.”

Once she was discharged from the hospital, Gaston welcomed scores of USC alums into her home – former stars, former walk-ons, even those she had once kicked off the team. Those chats often lasted hours.

“I didn’t want people being afraid of it,” she said.

Declared cancer-free in late June, Gaston turned her attention to on-site recruiting. She flew to the U.S. Girls’ Junior in Missouri, then hopped on a plane to Canada to watch one of the Trojans’ incoming players. It’s a never-ending job, and there’s an expectation level to maintain at Troy – Gaston has led USC to three national titles and 12 consecutive top-5 finishes at NCAAs.

“It was a little bit of a baptism by fire,” Burke said, “but she’s one of the most driven people I know. To go out there and show that she was willing to fight from the first day, I knew everything was going to work out great.”

The biggest challenge for Gaston has been managing her fatigue. It wasn’t unusual for her to attend practice in the morning, then undergo radiation treatment in the afternoon. Now in her 22nd year, she has finally learned to just … relax. To enjoy being home. To delegate. To take on challenges when she can.

Of course, those challenges never end, not in the hyper-competitive world of college athletics. This fall has been particularly stressful, with the likelihood that the Trojans will lose their two best players, Robynn Ree and He, at the halfway point of the season because of LPGA Q-School. Both Gaston and Burke have worked tirelessly to ensure that they’ll have three early enrollees who can start in the spring.

“There’s always something new,” she said, “and you have to be creative and try to reinvent yourself.”

Last week, at the Pac-12 Preview in Hawaii, Gaston played two rounds of golf, her first since the surgery. Even in chilly temperatures here at East Lake, she has trekked all over the course, eschewing a cart.

“She’s such a fighter,” Burke said, “and the rest of the team just sees what a beacon it is. If you set your mind to something, you can come back.”

Given her family history, Gaston views her comeback with a different perspective. 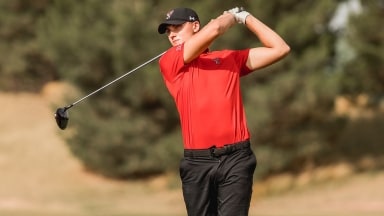 Led by No. 1 Ludvig Aberg of Texas Tech, here is a full breakdown of the top 30 teams in the country as we enter another season in men's college golf. 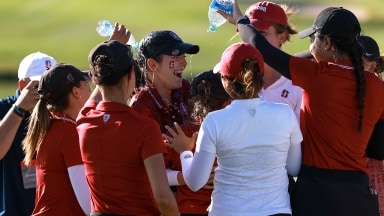 Led by No. 1 Stanford, here is a full breakdown of the top 30 teams in the country as we enter another season in women's college golf. 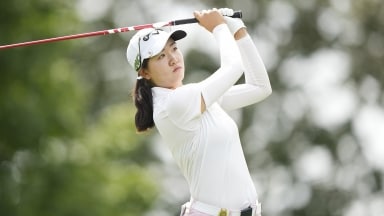 Led by No. 1 Rose Zhang of Stanford, here is a full breakdown of the top 30 players in the country as we enter another season in women's college golf.