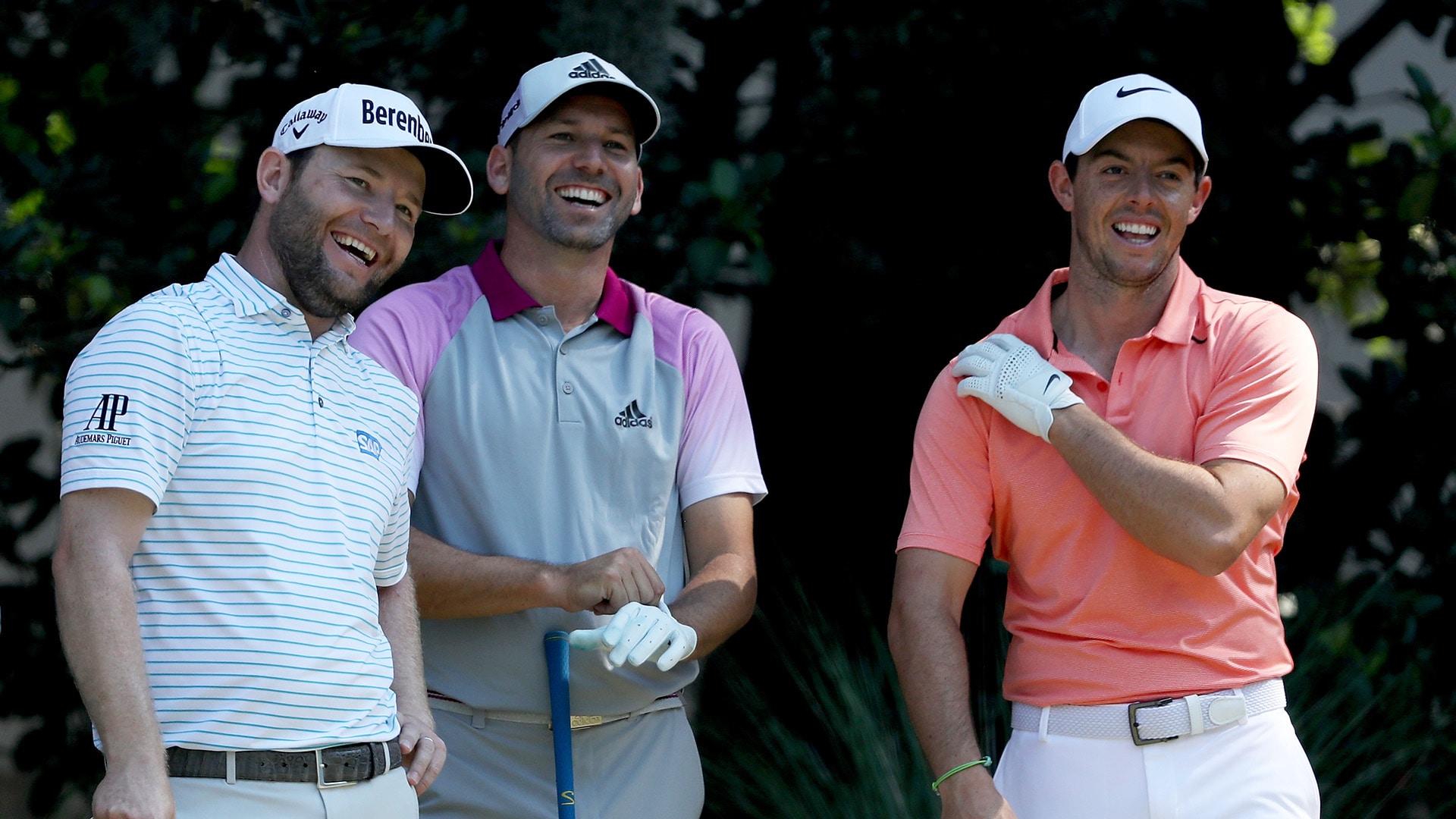 PONTE VEDRA BEACH, Fla. – Heckled for much of his PGA Tour career, Sergio Garcia received a hero’s welcome Wednesday at The Players.

During a nine-hole practice round, he soaked in the endless adulation of the fans, acknowledging each and every cheer of “Sergio!” and “Congratulations on the Masters!” with a smile or a wave. The rope line between the 17th green and 18th tee was jammed with kids, and Garcia patted their heads and grabbed their hands and tenderly touched their faces.

Everyone loves a winner.

Garcia is returning to work 31 days after his life changed in unimaginable ways. No longer is he the best player without a major. No longer is he the petulant brat who waits for the worst. No, he’s now the proud owner of the green jacket; a competitor whose résumé now includes a major among his 31 career titles; and a man who is proud of his career-long perseverance and yet humbled by the outpouring of support from his peers.

“They were so pleased for me,” Garcia said. “It almost feels like they wanted me to win it more than I did.”

Sure, there have been some incredible, pinch-me moments over the past few weeks, none better than when he was part of the ceremonial kickoff for El Clasico, the Spanish League match between his beloved Real Madrid and Barcelona, where 90,000 delirious soccer fans chanted his name. But the part that touched him most was when he realized how popular his victory seemed to be, both around the world and inside the locker room.

Garcia’s reputation among his peers has always been at odds with how the general sports fan viewed him, their perception perhaps tainted by scenes of the Spaniard spitting into the cup or whining about Tiger Woods or blaming the golf gods. Here at TPC Sawgrass, where Garcia has a win (2008) and four other top-5s, the treatment toward him has been particularly brutal, with spectators coughing in his downswing and delighting in his occasional misery. Indeed, for as much credit as his sublime ball-striking deserves, his best quality has always been his resilience – his willingness to put himself in position to get his heart broken once again.

“The only thing I could do,” he said, “was wait for the right time to get it done.”

That moment came Sunday at the Masters, of course, when he birdied 14, eagled 15 and made birdie on the first playoff hole to put away Justin Rose and complete the best kind of sports story, one of redemption. Overwhelmed, Garcia unleashed a primal scream and punched the green with his fist and blew kisses to the crowd.

Back at his rental house in Augusta, McIlroy, one of Garcia’s closest friends, was moved to tears.

“To see the emotion and satisfaction of getting it done,” Rahm said, “you could see it on his face. When I watched it, I could sense it: Finally, the wait is over.”

Jordan Spieth was one of hundreds of players to reach out to Garcia via text. His message read: Welcome to the Masters club. We’re proud to have a great champion in our locker room.

No, he couldn’t relate to Garcia’s 0-for-73 start in the majors, to his years of torment. (After all, he had won in his ninth Grand Slam appearance.) But he could imagine the relief Garcia must have felt.

“That’s got to be one heck of a feeling,” Spieth said. “To go through that, the chip on his shoulder for so many years … he’s got to walk around with a smile on his face for the next couple of years, just like, I told you so.”

Spieth has seen firsthand the abuse that Garcia has absorbed over the years – the jeers at the Ryder Cups in the States, the jabs at the majors.

“There’s a lot of haters that were put down with that win,” Spieth said. “That’s not why we do what we do, but it’s kind of nice to have that, I’m sure, from his perspective.”

Garcia has little interest in revisiting those uncomfortable moments, mostly because he’s moved on, because it doesn’t matter now. His on-course attitude, how he responds to adversity, continues to improve – a shift that can largely be attributed to his fiancée, Angela Akins, whom Garcia is set to marry in July.

For years, Garcia was a sports psychologist’s dream, a megastar who would sulk and blame others for his misfortune. Now, he seems completely at ease, as if a 73-pound weight has been lifted. All throughout the round Wednesday, he posed for selfies and laughed and smiled easily. He clearly was relishing his first week as a fan favorite.

“You see his happiness level is through the roof,” Rahm said. “He’s accomplished a lifelong dream, and it’s something you can’t copy or imagine. You have to see it and experience it yourself. To see it in him, it’s a game-changer for his life.”