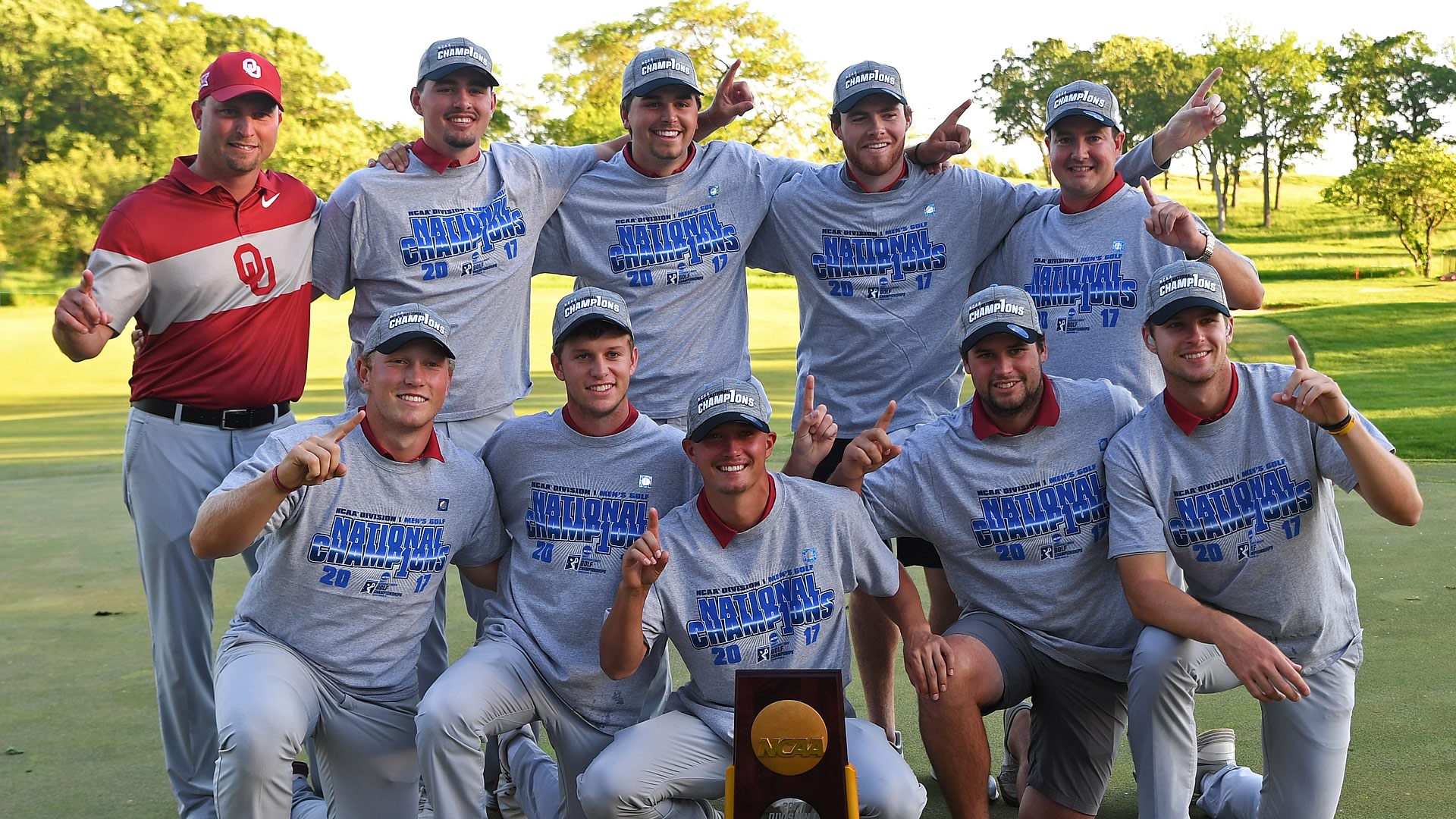 You don’t often hear that word in the privileged world of college golf, where most of the problems are trivial, like whether players are able to pack a vest and a sweater or if they have enough snacks to last a five-and-a-half-hour round. But Hybl, 35, is a coaching throwback, a no-nonsense, straight-shooter who would fit in just as easily on the sidelines of a football game.

“Ryan is one of the most competitive people I’ve ever met,” Baylor coach Mike McGraw said, “and that trickles down to his entire team. He’s the leader.”

And he’s one of the main reasons why 17th-ranked Oklahoma defeated Oregon and captured the NCAA Championship on Wednesday at Rich Harvest Farms. The Sooners were the rare title team with no superstar – their highest-ranked player was Grant Hirschman, at No. 48 – which points to Hybl’s sizable impact. He was able to maximize the potential of a group of largely unheralded players, lifting Oklahoma to its first national title since 1989.

“We were talented enough; the talent was there,” Hybl said. “But now these guys just believed in themselves.”

It’s little surprise that Hybl took a hard-nosed approach to coaching. His father, Tom, was a high school football coach. His brother, Nate, went 19-3 as the Sooners’ starting quarterback and led the team to a Rose Bowl victory in 2003. Doggedness came naturally.

Ryan was a former junior world-beater who drained every ounce of his talent to become a two-time All-American at Georgia. With his playing career curtailed by an elbow injury, he signed on at his alma mater as an assistant to coach Chris Haack.

“Ryan was a grinder, even back in junior golf and college,” Haack said. “He was one of those blue-collar guys who worked hard and put in a lot of effort and never gave up on a shot. He brought that same mentality to his kids. He pushed the guys to dig deep.”

Hybl was only five years removed from college when Oklahoma athletic director Joe Castiglione hired him to lead the men’s golf program, which was in need of a reboot after falling outside the top 100. It didn’t take long for Hybl to make his mark – Oklahoma has qualified for NCAAs each of the past seven seasons, joining powerhouse programs Southern Cal, Texas and Illinois.

Last year, the Sooners took another step, qualifying for match play for the first time, but they were smoked in the quarterfinals by Big 12 rival Texas.

“Back in our locker room in Norman, you could tell they were thinking about getting back here and showing that we’re better than that,” Hybl said. “Personally, I think that’s where this all goes back to. They were hungry to get back here.”

Their mantra became “OUrtime,” which appeared on nearly every social-media post. In practice they started playing fierce “Optimus Prime” matches, where all nine team members competed for points. The coaching staff pushed players to battle in the weight room and the classroom and on the range.

“He’s the most competitive guy I’ve ever worked with,” said Hybl’s assistant, Jim Garren. “We don’t just have fun days where we mess around. We want to win.”

Said Hybl: “You just have to be able to get as gritty as possible. We talked about it all the time. My guys know that they’re going to give everything that they can on every single shot, every single day, otherwise you don’t get a chance to play for us.”

“You’ve got to find the right kids who are willing to buy into what you want to do, and clearly Ryan has done that,” Haack said. “In this day and age, some kids have their own agendas, but to be successful they have to give 100 percent all the time. Whenever they do that, whenever they’re all in together, they can accomplish special things.”

Three Oklahoma players won five individual titles this season, but no top-15 program had a lower-ranked No. 1 starter than the Sooners. Yes, the 5-on-5, match-play format reduces the overall impact of a star player, but Oklahoma’s balanced attack still bucks a recent trend at NCAAs, in which most title-winning teams were powered by a stud, whether it was Augusta State’s Patrick Reed, Texas’ Jordan Spieth or Alabama’s Justin Thomas.

There was no headliner on this Sooners squad, but even more importantly, there also was no weak link.

McGreevy is an undersized and under-recruited kid from Edmond that Hybl molded into a three-time winner. Little wonder McGreevy wiped away tears as he posed for pictures with the trophy and his coach. “I was able to get past the looks a little bit more and look into what’s inside of him,” Hybl said, “and he’s got the heart of a lion.”

Hirschman is one of the straightest ball-strikers that Hybl has ever coached … “but personally,” Hybl said, “I didn’t know if he had that in him to go out and win.” But he did this season. Twice.

Struggling with his putter, Blaine Hale didn’t have a top-20 finish in his last seven starts this spring, but he tied for 11th in NCAA stroke play and then went 2-1 in match play, including a thorough dismantling of Freshman of the Year Norman Xiong in the finals.

Loose off the tee, Rylee Reinertson wasn’t a fixture in the lineup until the spring. But on Feb. 16, Hybl tapped out a note about the 6-foot-3-inch Nebraska native in his phone: “Stalk looks the best I’ve ever seen him. He can take us the distance.” Sure enough, Reinertson, who has been deaf since age 2, earned the clinching point in the semifinals against Illinois.

And though Brad Dalke has name recognition, after he committed to the school as a 12-year-old and advanced to the finals of the U.S. Amateur, he is not yet an elite, consistent college player – he entered nationals ranked 138th.

What do they all have in common?

“We’re gritty,” Dalke said, “and we fight until the very last stroke.”

Seems the coach’s message was received. 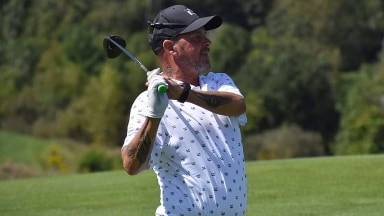 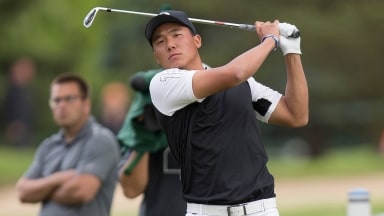 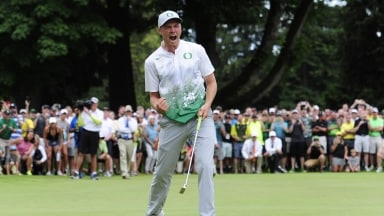 Oregon's Sulman Raza cured a case of the driver yips, and now he is once again leading the Ducks on a run to an NCAA title.