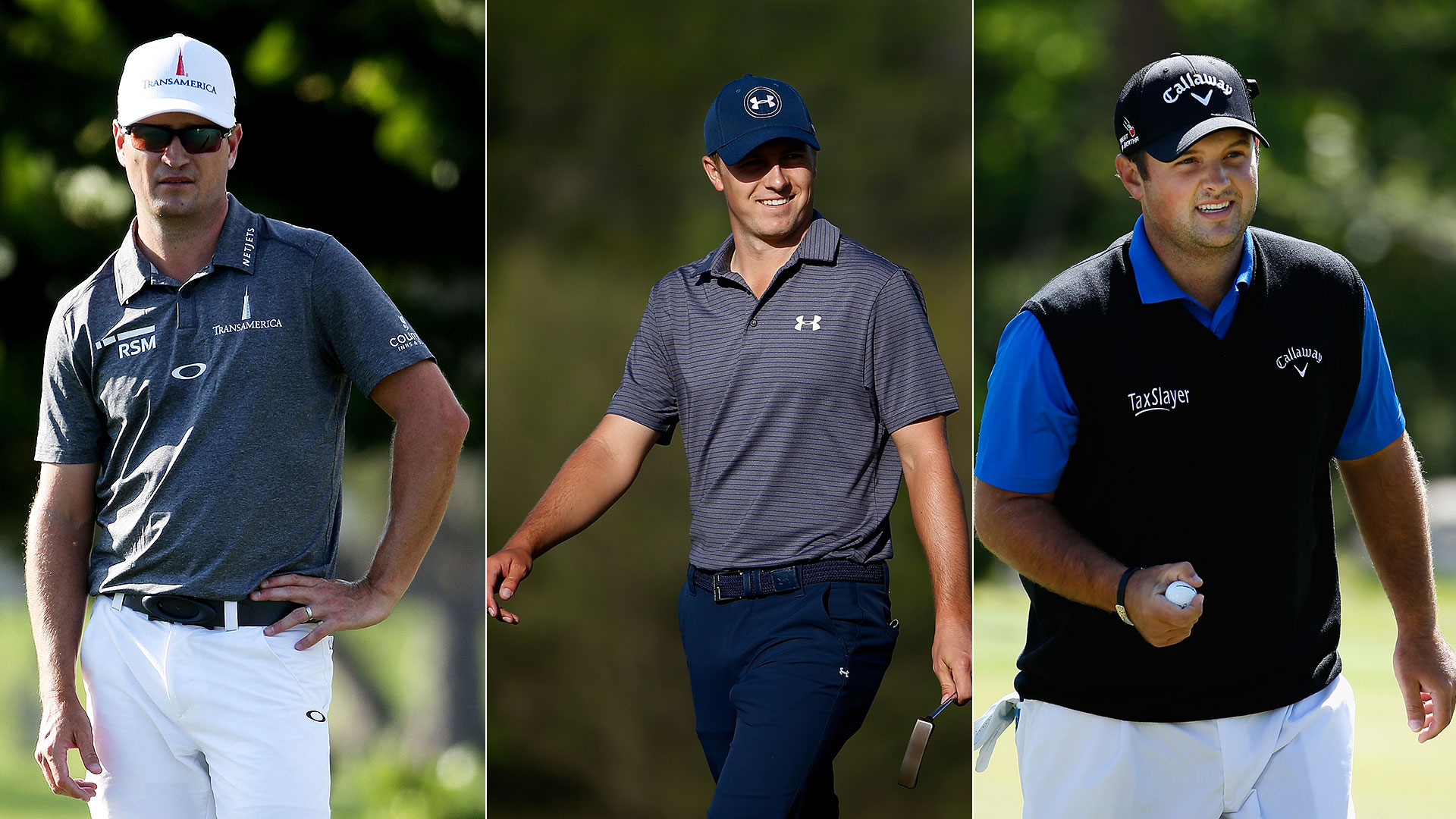 AUSTIN, Texas – Is your head still spinning from all of the points and the playoffs, the standings and the scenarios?

At least Jordan Spieth, Zach Johnson and Patrick Reed have made it easy on us: Three days, three matches, three wins … and they’ve trailed for a total of one hole.

Friday at the WGC-Dell Match Play was all about survival, but it turned into another stress-free round for Spieth, Johnson and Reed.

Spieth, the hometown favorite and No. 1 overall seed, disposed of friend and rival Justin Thomas, 3 and 2, to punch his ticket to the round of 16.

Johnson enjoyed another blowout – this time a 4-and-3 victory over Shane Lowry – that left enough time to scout the last three holes.

But it was Reed who starred on the third and final day of group play. Playing in one of the four winner-take-all matches, Reed turned the day’s most-anticipated duel into a rout, thumping Phil Mickelson, 5 and 4, to remain unbeaten.

Neither Spieth (46 holes) nor Reed (47) have trailed at any point this week; Johnson lost the first hole during his second-round match against Martin Kaymer – and then went on to win, 8 and 6.

Reed was asked if it’s felt as easy as he’s made it look.

On Friday, he jumped all over Mickelson after Lefty butchered the first two holes to fall into an early hole. Staked to a quick lead, Reed poured it on, making birdie on the fourth and fifth holes, and then eagling No. 6 after dropping a 44-footer. Six up at the turn, Reed holed a 95-yard wedge shot to provide the exclamation point.

All Mickelson could do was walk up to Reed and give him a fist-bump.

Reed’s three days here have reinforced the belief that he’s one of the best match-play performers in the world, his skills honed at Augusta State – where he went 6-0 in match play during a back-to-back NCAA title run – and then strengthened two years ago at Gleneagles, when he posted a 3-0-1 record and was one of the few bright spots during another U.S. loss.

“I relish every time I get to go in this format and go up against one guy,” he said. “It’s something that I love and something I’m pretty good at – just going out and getting in a dogfight.”

Reed’s dominance has overshadowed the superb play of Johnson, who has made such quick work of his competition this week that he played the 16th, 17th and 18th holes Friday afternoon for practice because he hasn’t needed to play them during a match.

His stellar play isn’t a surprise – he’s coming off a top-10 last week at Bay Hill and Austin CC, this event’s new home, is a strategic Pete Dye layout that rewards steady golf and strong iron play, both of which are Johnson’s strengths.

That’s what makes his Round of 16 match against Rory McIlroy all the more compelling, because it’s a fun clash of styles.

McIlroy, the defending champion, is riding a 10-match winning streak in this event, but he has needed to rally in each of his first three matches here. The latest comeback came Friday against Kevin Na, in a win-or-go-home match that went 20 holes and ended when Na hooked his tee shot into the hazard.

Spieth was pleased just to get past Thomas, his college rival and one of his best friends on Tour.

“We were in a tricky situation,” Spieth said. “I know he wanted to beat me pretty bad. And that made it a tough match for us.”

No one has played fewer holes this week than Jason Day, a dose of good fortune after he injured his back during his opening match. He played only six holes Friday, with Paul Casey conceding the match because of a stomach virus.

It's the first time since 2006 that the top three seeds reached the round of 16.

The final day of pool play wasn’t as chaotic as anticipated. There were only four sudden-death playoffs to determine a group winner, and only seven matches of significance reached the 18th hole.

Eight of the 16 top seeds advanced to the weekend, including each member of the so-called Big 3. The biggest surprise was 63rd-seeded Patton Kizzire, who defeated Emiliano Grillo, 2 up, to emerge from a stacked group that included big-hitting Bubba Watson and J.B. Holmes. A late addition to the tournament, the PGA Tour rookie is only the fourth player in the last decade seeded 61st or worse who made the round of 16.

Saturday begins the knockout stage of the tournament, as the Match Play reverts to its simplest form: Win or go home.

“It only gets harder from here,” Reed cautioned.

Unless, of course, he never trails.