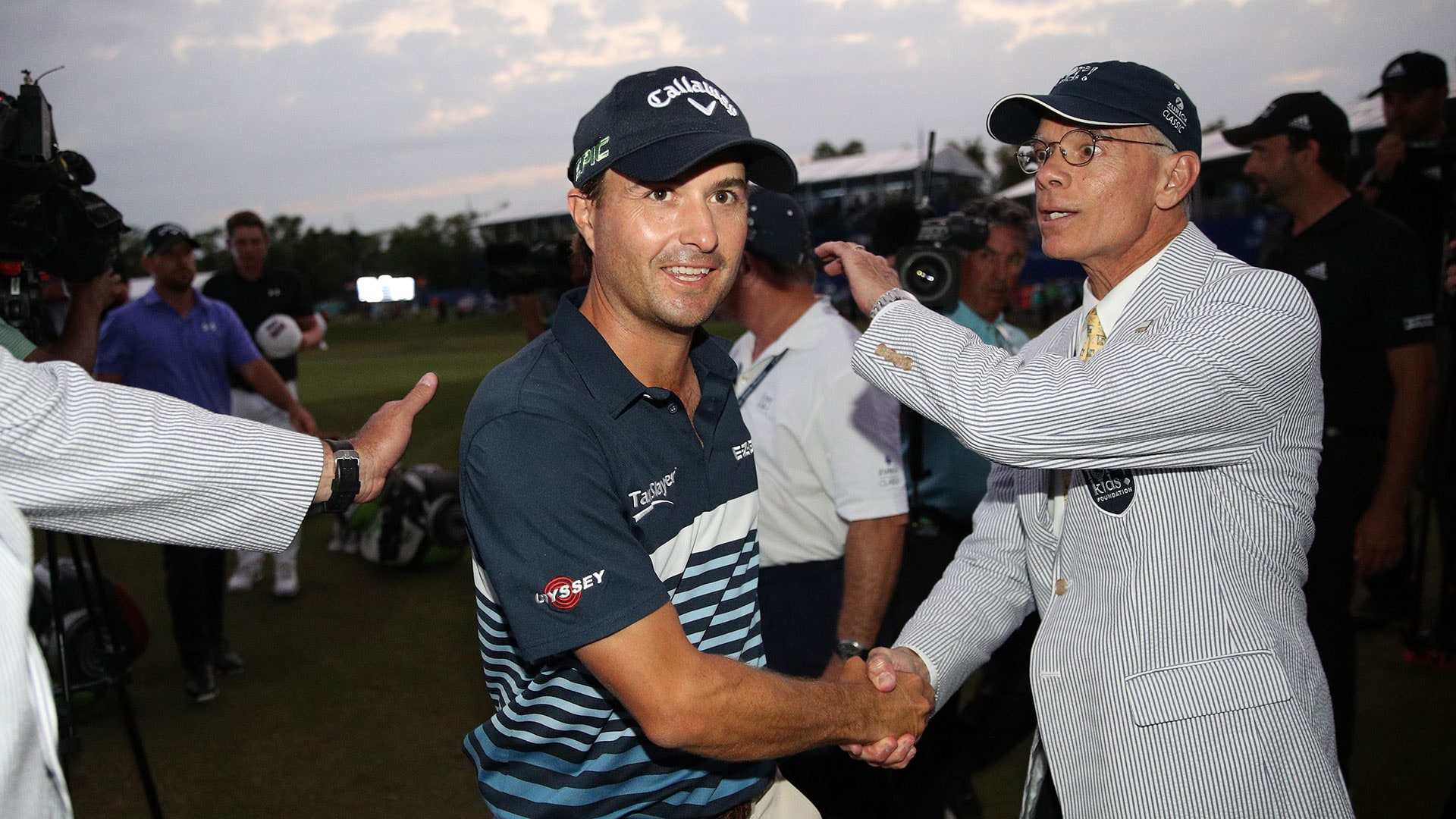 AVONDALE, La. – With daylight and his team’s hopes fading, Kevin Kisner had only one thought as he lined up his 30-yard pitch shot on 18.

His chip from the front of the green clanked off the flagstick and dropped for an unlikely eagle-3, stunning the team of Jonas Blixt and Cameron Smith and pushing the Zurich Classic into a Monday finish for the second consecutive year.

The sudden-death playoff will begin at 9 a.m. ET, live on Golf Channel.

“It’s one of those shots you dream about,” Kisner said afterward.

It was a wild final round at TPC Louisiana, even before Kisner’s heroics.

Four shots down to start the day, Kisner and partner Scott Brown looked unstoppable early on Sunday, rattling off six birdies in a row, including five on Kisner’s own ball.

Then came the horn, and a six-hour, 22-minute weather delay in the first team event on the PGA Tour in 36 years.

Of course, Team Aiken doesn’t get perturbed by much, especially not something as unpredictable as weather, and so Kisner spent some of the break in the clubhouse with his feet propped up on Jordan Spieth’s bag.

“We didn’t do much strategizing,” Kisner said. “We know each other so well that we knew the game plan was to go make a ton of birdies. Every time we made one, I kept saying, 'Let’s birdie the next one, buddy.'”

Meanwhile, the suspension offered a much-needed break for Blixt and Smith, who used the delay as an opportunity to regroup.

After sailing through the first three days, the overnight leaders had sputtered out of the gates, staying bogey-free but mustering only one birdie over the first six holes. Despite their relative struggles, and their red-hot playing competitors, they still enjoyed a three-shot cushion over the rest of the field.

By the time play resumed, at 5:30 p.m. ET, most of the fans had gone home, sent packing after a round of severe storms dumped more than 2 ½ inches of rain on TPC Louisiana.

They missed quite a finish.

Kisner-Brown went out in 28 and took a two-shot lead. They added birdies on 10 and 11 but struggled to adjust to the slower speed of the greens, recording six consecutive pars midway through the back nine.

Blixt and Smith took advantage, making 5-foot birdies on 16 and 17 to grab a one-shot lead heading to the par-5 18th.

Smith appeared poised to seal the victory and earn his first Tour title, after he played a deft pitch from 57 yards that nestled within 2 feet of the cup.

But as Kisner studied his 94-footer, using only the light from the video board in the middle of the pond, Brown walked by and told his partner: “Just knock it right in. You’ve already chipped in twice today, so one more time wouldn’t hurt.”

With nothing to lose, Kisner went flag hunting.

“All I was trying to do was make sure I didn’t leave it short, and I couldn’t see much,” he said. “I knew it was breaking a little right, and when it hit the flag, I said, ‘Don’t you come out of there.’”

The eagle capped a 12-under 60 and forced a playoff at 27 under par. It also touched off a spirited celebration from Kisner, who flung his wedge into the air and whirled his arms, as if trying to take flight.

“Honestly, I didn’t really expect that,” said Blixt, after his team shot a closing 64, “but that’s part of golf. You’ve got to expect the unexpected. We get another shot at it tomorrow, and we’ve just got to leave this behind and go out there and make birdie or eagle tomorrow on 18 and try to win this tournament.”

It’s the second consecutive year that the Zurich has gone into a fifth day, after last year’s event was shortened to 54 holes because of weather. 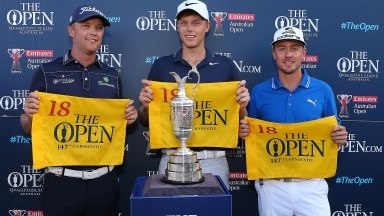