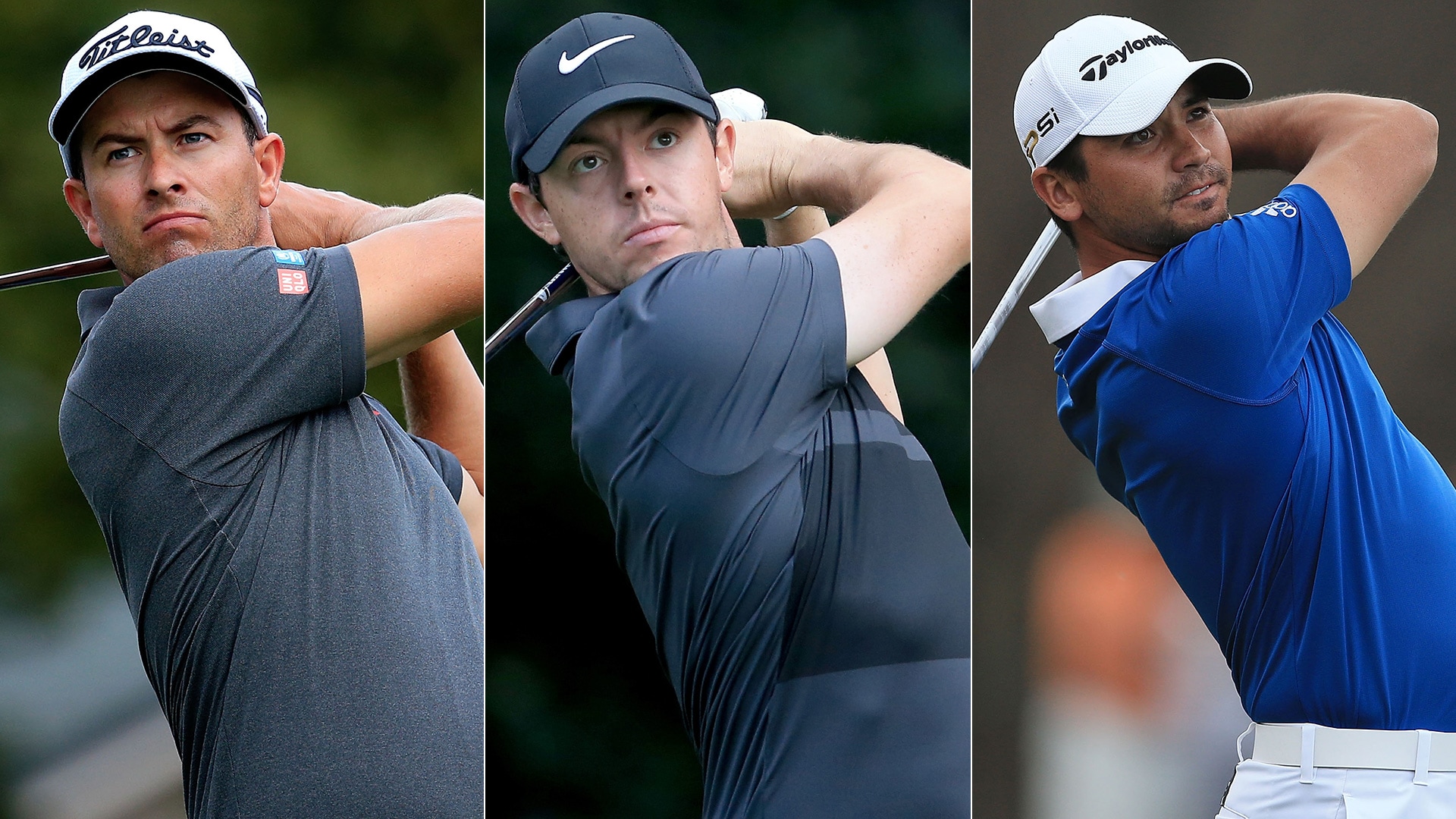 AUSTIN, Texas – So it doesn’t sound like Adam Scott was glued to his television watching the two-hour selection show for this week’s WGC-Dell Match Play.

He barely noticed his draw.

“I don’t think it really matters who’s in your group here,” he said Tuesday. “Every match is going to be tough, and I feel like I’ve got the ability to beat anyone in this field, so that’s why I think I didn’t have a reaction to my group.”

Scott might be the hottest player in the world, with two wins and a runner-up in his last four starts, but he certainly has a score to settle in this event.

Heading into Wednesday’s first-round bout with Thomas Pieters, Scott has lost six consecutive WGC matches dating to 2010. Last year, he went 0-3 in the round-robin format, which is odd, because he was a formidable match-play opponent early in his career, reaching the third round three of the four years he played at La Costa (2002-05).

“Once I left La Costa, I think my game left, as well,” he said with a smile. “I’d like to turn it around because I don’t really want to get a beatdown this week and go home Friday.”

Much like World Cup soccer, players will face each of the other three members in their group during pool play, with the top point earner advancing to the single-elimination knockout stage on the weekend.

Opinions on the move away from the traditional bracket to a round-robin format remain divided.

Some prefer this setup because they are guaranteed three days on-site instead of possibly getting bounced after only a few hours. In theory, this system is fairer and rewards those who are playing the best, rather than the guy who simply catches fire at the right time. And no one will argue with a few extra reps with the Masters now only two weeks away.

Others contend that pool play robs the event of its drama and intrigue, especially early. Match play is so compelling because of its win-or-go-home ethos, but the sense of urgency is removed when a loss on Wednesday or Thursday doesn’t necessarily doom a player’s chances.

“It can’t hurt your confidence coming here,” Jason Day said, “but it can definitely give you confidence the longer you stay around this week.”

The most obvious is the move to Austin Country Club, an arrangement that will run through at least 2019. The Pete Dye design is a strategic track that forces players to position their shots, a task that will be made even more difficult with wind gusts expected up to 30 mph during pool play. The back nine, in particular, should produce plenty of pyrotechnics.

The second is a tweak to the scoring. None of the round-robin matches will go extra holes, with each player receiving a half point if the match is tied after regulation. This should help cut down on the number of lame-duck matches Friday, but there still will be a few meaningless matches between players with 0-2 records. That’s the scenario that led Keegan Bradley and Miguel Angel Jimenez to go nose-to-nose last year; a few players felt as though they were trotted out and embarrassed, and emotions can run high when only pride and a few FedEx Cup points are at stake.

The event’s new position on the schedule only heightens the anticipation for what is already one of the most fun weeks of the year. Just 11 days before the start of Masters week, the Match Play provides one final tuneup for players like Scott, Day and Rory McIlroy.

Not that a few of them need it.

Scott and Day already appear to be in peak form, having combined for three wins during the Florida swing, but the Match Play might be just what McIlroy needs at the moment.

The defending champion has a stellar record in head-to-head play, boasting an 18-6 record in this event while going 2-0-1 in Ryder Cup singles. But he is coming off an uneven trip through the Sunshine State, with a missed cut (Honda), a blown 54-hole lead (Doral) and a six-double performance (Bay Hill) in the past four weeks. He blamed a poor attitude for his inconsistent play, and the temporary move to 18-hole match play could help put him in the proper frame of mind – after all, one blowup hole won’t cost him this week.

“I just need to beat the person that’s in front of me,” he said.

For others, the Match Play will serve as an audition of sorts.

Young Americans Justin Thomas, Daniel Berger, Smylie Kaufman and Brooks Koepka all have ambitions of playing on the U.S. Ryder Cup team, and they can be sure captain Davis Love III will be watching with keen interest. On the European side, Matt Fitzpatrick, Andy Sullivan and Thomas Pieters hope to follow Danny Willett’s lead and use the WGC as a springboard for a huge season.

“You get to see the guys’ games under pressure in a different kind of way,” Willett said. “We all know that anybody out there, the top 64, can win. They’re in this because they’re a great golfer. All that stands in the way each day is one person at a time.”

Assuming, of course, that they even bother to notice their opponent.