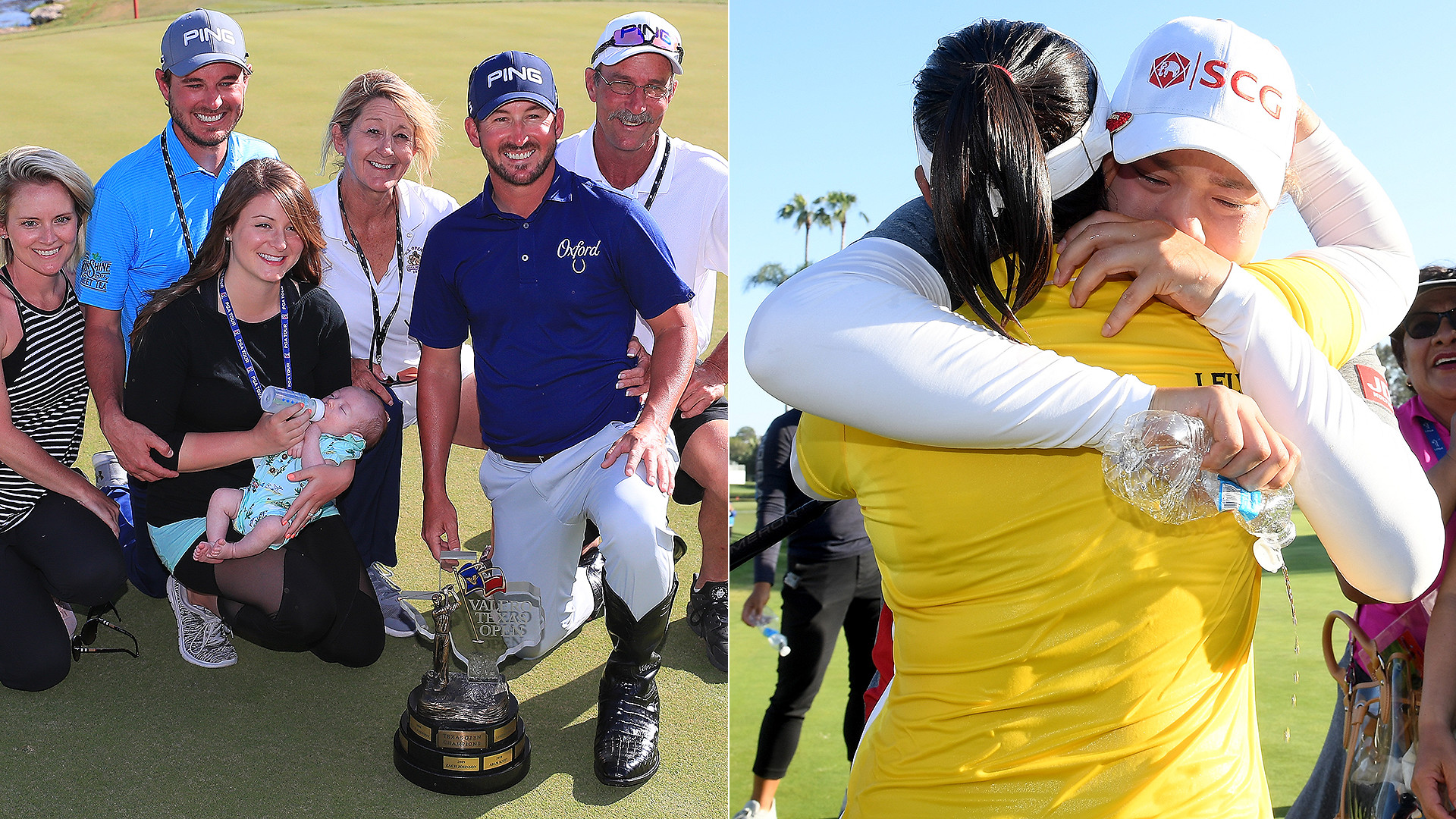 Andrew Landry breaks through, Moriya Jutanugarn completes the sister act, Joaquin Niemann dazzles in his debut and more in this week's edition of Monday Scramble:

In the shadow of the famed Hollywood sign, Moriya Jutanugarn scripted a cinematic moment that left some in the audience in tears.

Playing in her 156th career start, she held off Hall of Famer Inbee Park and Jin Young Ko to capture her first LPGA title at the Hugel-JTBC LA Open.

And that alone is a great story – one of hard work and perseverance. But this was different, with Moriya joining younger sister, Ariya, as just the second siblings to win on tour, following Annika and Charlotta Sorenstam.

No one was more overcome with emotion than Ariya, a seven-time winner, a major champion and a former world No. 1.

Her family had reached its goal. The Thai sisters are winners.

1. After a few close calls over the past few years, Andrew Landry became a PGA Tour winner Sunday with a rock-solid final round of 68 to win the Valero Texas Open.

Landry might be best remembered for his starring role at the 2016 U.S. Open, where the little-known Texan played his way into the final group. He spent last year tearing up the Web.com Tour and then took Jon Rahm into a playoff at the CareerBuilder Challenge.

Now, after a two-shot victory over Trey Mullinax and Sean O’Hair, Landry is exempt for The Players, WGC-Bridgestone Invitational, PGA Championship, Tournament of Champions and 2019 Masters.

2. Your trusty correspondent wrote more about Landry at Oakmont, but it’s worth retelling.

The 30-year-old grew up in Groves, Texas, playing on a nine-hole track called The Pea Patch, the former home to another PGA Tour player, Chris Stroud. Friends and family described it as a goat track with a bar. A country-club upbringing, it was not.

More on that backstory here.

Landry said this on Sunday night: “It just shows that it doesn’t really matter where you come from. It just matters the determination and hard work you have – anything you put your mind to, you can accomplish.”

3. No one played better over the weekend than Mullinax, the former Alabama product who fired a course-record 62 on Saturday to put himself in the mix.

It was an important final round for Mullinax, who finished 137th on the 2016-17 points list and was playing this season on conditional status. He looked decent in his limited appearances, but he hadn’t played since a tie for eighth in Tampa.

Mullinax made six birdies in the final round, but he made two costly errors. The first came on the par-5 14th, where after a massive drive, he flared his approach into the greenside bunker. It plugged near the lip, and he could only make par. Then came his miscue on the 17th. One behind with two to play, he was just left of the green with his tee shot on the drivable 17th. Then he quit on his pitch shot and flubbed it into the bunker, leading to a stunning bogey and gifting Landry a two-shot lead heading into the finishing par 5.

“This experience that I’m gaining right now is just going to help me down the road,” Mullinax said.

4. How about that debut for Joaquin Niemann?

The former No. 1-ranked amateur in the world, making his pro debut, shot a pair of weekend 67s to surge all the way into sixth place at the Texas Open.

He earned $223,200 and 100 non-member FedExCup points, putting him in line to at least qualify for the season-ending Web.com Tour Finals, where he’d have a chance to secure one of 25 PGA Tour cards. He needs 269 points to earn special temporary membership, which would allow him to receive unlimited sponsor exemptions for the rest of the year (otherwise he’s limited to seven).

This kid is obviously a stick – he won nine times worldwide in 2017, including four pro events in Chile – and now he’ll have a few more opportunities to wrap up his card for next season. By virtue of his top-10, he gets into next week’s Wells Fargo Championship (he now can save the sponsor invite), the Byron Nelson and Memorial.

“I feel like a veteran right now; I feel like a Tour player now,” he said. “I know I can beat these guys, and I’m just going to wait for my week and try to win.”

5. Alexander Levy boosted his chances of playing in a home Ryder Cup with his victory Sunday at the Trophee Hassan II.

Levy needed only a final-round 70 to overtake Alvaro Quiros and win for the fifth time on the European Tour. It was his fourth top-7 in six starts this year.

With the victory, he moved up to No. 9 in the European Points and 15th on the World Points List.

“It’s a good win, but I need to go back to work because we can see we have a lot of good players in Europe,” he said, “so it will be tough to make it.”

So, yes, he might qualify for the team on his own merit. If not, the fun character would be a no-brainer choice for captain Thomas Bjorn – a top-50 player teeing it up in his home country.

6. Brooks Koepka returns to competition after a 15-week layoff to recover from a torn ligament in his left wrist.

Koepka said he doesn’t know how he injured his wrist, but it began to bother him the week after he blew away the field at the Dunlop Phoenix in November. He finished last in his next two starts, then shut it down for more than three months. He had originally targeted a return at the Masters, but he wasn’t ready.

To help him recover, Koepka had bone marrow from his hip injected into his wrist and endured a round of platlet-rich plasma injections, according to the Associated Press. Koepka only began hitting balls two weeks ago, and his swing coach, Claude Harmon III, posted this video over the weekend:

All of that time away didn’t really affect his world ranking – he’s still ninth in the world – or his Ryder Cup position, as the reigning U.S. Open champ is still seventh in points.

7. Koepka’s partner this week at the Zurich is (somewhat randomly) Marc Turnesa, a 40-year-old who won on Tour, in Las Vegas, a decade ago. Because Koepka committed so late – a few hours before the 5 p.m. Friday deadline – his options for a partner were limited.

Turnesa also plays at Medalist in South Florida. Playing mostly on the Web.com Tour, he’s missed 13 of his past 17 worldwide cuts, including eight in a row.

The Zurich field is filled out by two tiers of players – Player A is by eligibility ranking, while B has to have some Tour status or it counts as a sponsor exemption.

8. Koepka is one of 10 top-14 players who will tee it up this week at the Zurich. It’s Year 2 of the two-man team format, with alternate shot on Thursday and Saturday and best ball on Friday and Sunday.

Having covered the Zurich for the past couple of years, it’s been fascinating to watch the revitalization of this tournament. This year’s field is – by far – the strongest it’s ever been. That so many great players are willing to play an event without world-ranking points and reduced FedExCup points suggests that they’re tired of the 72-hole, stroke-play monotony.

No, they don’t want every week to feature a tricked-up format, but there are plenty of other opportunities throughout the year for a player to sharpen his scoring skills. Zurich week becomes all about competition and camaraderie.

9. The only thing that could make a good week even better is a venue change.

Move the event to City Park – the community-based program modeled after East Lake in Atlanta – and put TPC Louisiana in the rearview mirror. It’s a bland course that’s too far away from all of the action downtown.

10. Asked this week by CNN’s Shane O’Donoghue whether he thinks he’ll be able to win the Masters to complete the career Grand Slam, Rory McIlroy said – yep, you guessed it! – “it’ll happen.”

“I play that golf course well enough. I’ve had five top 10s in a row. I’ve given himself the chance; it didn’t quite work out but the more I keep putting myself in those positions, sooner or later, it’s going to happen for me.”

Speaking for the first time since he played in the final group at Augusta, closed with 74 and tied for fifth, McIlroy said that he was “quite nervous” on the first tee and felt “a little bit of pressure there, for some reason.”

There was a reason for that, of course – he was vying for the career Grand Slam – and his attempts on the eve of the final round to deflect attention were feeble at best. It was McIlroy, not the first-timer Reed, who played like he had everything to lose on Sunday.

In this clip, Washington State football coach Mike Leach explains why he doesn't like golf.

As is most things with Leach, it's entertaining, but there's a short-and-sweet rebuttal here: Hey, at least golf doesn't turn your brain to mush!

Mike Leach hates golf. Why? Because "it's boring and I don't care where that ball goes." And because he doesn't need practice swearing. pic.twitter.com/hmybj1411Y

Back On Top: Inbee Park. With a tie for second in LA, she supplanted Shanshan Feng as the world No. 1, marking her first return to the top since October 2015.

Thanks, Mother Nature!: Eric Axley. Holding on to a three-shot lead, the 44-year-old was declared the winner of the inaugural North Mississippi Classic after the final round was canceled because of inclement weather. It was his first victory on the Web since … 2005.

Keep An Eye Out For: Sean O'Hair and Jimmy Walker. After shooting a combined 29 under par at the Valero (good for a T-2 and fourth-place finish, respectively), they’re teaming up for the team event at Zurich.

Must Not Be Sleeping Well: Sergio Garcia. He has missed his first two cuts since becoming a father (his first back-to-back trunk-slammer in the U.S. since 2003), though at least he didn't make a 13 at TPC San Antonio. He did, however, have a temper tanrum:

Won't be needing this. pic.twitter.com/xbe9abvCjn

Under-The-Radar Stud Alert: Valentina Giraldo. The junior at Jacksonville State earned medalist honors at the Ohio Valley Conference Championship. It’s her sixth title in 10 starts this season, which is a school and conference record.

Blown Fantasy Pick of the Week: Charley Hoffman. The tournament’s all-time money leader added to his total – barely. He didn’t even sniff a round in the 60s and tied for 64th, a waste of a one-and-done pick. Sigh. 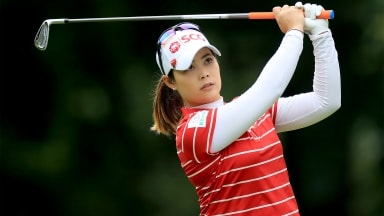 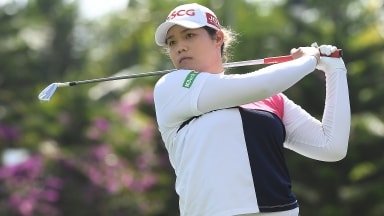