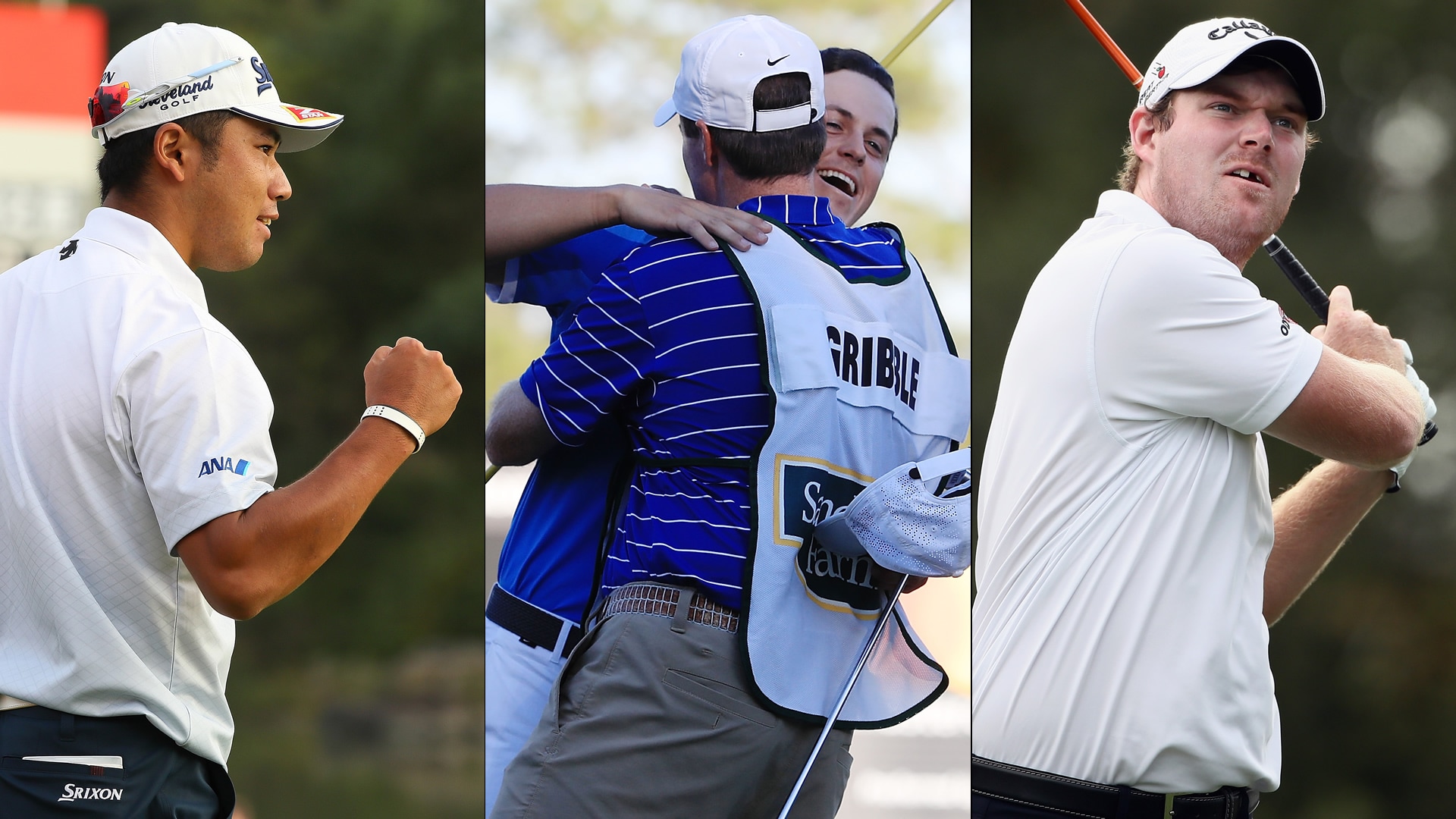 Surging toward the top of the world rankings, the only step left for Matsuyama to take is to win a major.

The Japanese star whipped an elite field at the WGC-HSBC Champions for his third PGA Tour title, and his 10th victory overall. He turns 25 in February.

The talent never has been a question; he ranks among the best ball-strikers on the planet. As usual, it comes down to his putter, and Matsuyama was on fire in Shanghai, rolling in 29 birdies for the week.

Matsuyama will eventually join Y.E. Yang as the only Asians to win a men’s major. Don't be surprised if he breaks through next year.

1. Here is the list of players who have won a WGC event by at least seven shots:

2. Strokes-gained statistics weren’t available in Shanghai, but Matsuyama led the field in putts per green in regulation, averaging 1.54 putts.

“I’ve probably never putted better than I have this week,” he said after shooting 23-under 265, one stroke off the tournament record.

Last season, Matsuyama ranked 103rd in strokes gained-putting and was 131st inside 10 feet. If he can shore up that part of his game – any Tour player is capable of a lights-out performance, after all – then he’ll be a consistent force.

3. Matsuyama is all the way up to No. 6 in the world ranking, after four consecutive top-5 finishes worldwide. Last week he became the first player since Jumbo Ozaki in 1998 to crack the top 10.

4. Cody Gribble won the Sanderson Farms in just his second start as a PGA Tour member.

Gribble has an interesting backstory. He was part of Texas’ 2012 NCAA Championship team (along with former roommate Jordan Spieth) and finished 27th on last year’s Web.com money list, narrowly missing his card.

He missed 15 (!) cuts this year – and one of his close calls made our WTH? section in May – but he wound up 19th in the Finals standings after the season finale was canceled because of Hurricane Matthew. He tied for eighth earlier this month at the season-opening Safeway.

5. Did you know: At age 26, Gribble is the youngest left-hander to win on Tour since another lefty, THE lefty. Phil Mickelson, won as a 20-year-old amateur in 1991.

Why does this matter? Because the old adage of “Drive for Show, Putt for Dough” no longer applies, at least not at the elite Tour level. The long game is king.

7. An event that was supposed to include a bevy of stars now is in desperate need of some good news.

At this week's Turkish Airlines Open, there will be no Tiger Woods. No Rory McIlroy. No Henrik Stenson or Patrick Reed, either.

McIlroy led a spate of withdrawals over the weekend. He didn’t care to elaborate on his decision Sunday, telling reporters that the reason was “obvious.”

That’s presumably a reference to the terrorist bombings that have occurred there in the past 18 months, including one last week in the parking lot of the Antalya Trade and Industry Chamber that left a dozen people injured.

McIlroy’s chances of repeating as the Race to Dubai champion may have taken a hit, but the leader, Stenson, also pulled out. No. 2 Danny Willett, who was 75th out of 78 players at the HSBC, is still scheduled to play.

8. With the season-long FedEx Cup race already over, here’s a look at the Race to Dubai standings with three events to go. The finale is the Nov. 17-20 DP World Tour Championship in Dubai.

“If I have somewhat of a chance going into Dubai, that’s great,” McIlroy said. “But if not, I think over the course of the season, they have had big wins and played well. They are two major champions, so I’m OK with that.”

His appearance turned heads, too.

Apparently, Murray popped out a front tooth in May when he bit into a piece of chicken. (Oddly enough, this exact thing once happened to this scribe, too, while covering a high school basketball game.) As he explained to PGATour.com's Adam Stanley, Murray actually yanked out his tooth in the car when it was “kind of hanging there.”

“I didn’t have a tooth for a few weeks, then had a flipper made for me,” he said. “But I talked with a lisp and I didn’t like it. So I’m rocking the no-tooth.”

Murray supposedly had a dentist appointment two weeks ago, but he showed up at the Tour’s opposite-field event in Mississippi with the massive gap in his teeth. His (no-)toothy grin got even more exposure when he led at the halfway mark.

“I look at myself in interviews, and I look like a hillbilly,” he said. “I rock it well, and I’m not concerned about it.”

Um, perhaps he should be?

Olympic Bump: Shanshan Feng. She hasn’t finished outside the top 4 since taking bronze in Rio, culminating with her victory at the Sime Darby.

Of Course It’s an Ace: Matt Kuchar. Because of a ridiculous technicality that a Cadillac would only be handed out for a hole-in-one longer than 200 yards – as if it's any easier – Kooch walked off a 193-yard tee box Saturday with “one of the saddest holes-in-one I’ve ever had.”

Welcome Back: Paula Creamer. Thanks in large part to a third-round 64 in Malaysia, she posted her first top-10 finish in 16 starts.

One Way to Return from an Injury Hiatus: John Peterson. After missing 11 months with a left-hand injury, Peterson dove off a cliff during a bachelor party, posting the footage (and the aftermath) on social media.

We have located the reason I can't feel the left side of my body pic.twitter.com/9t6v0oNDs0

Blown Fantasy Pick of the Week: Dustin Johnson. The newly minted Player of the Year, who had a 66.89 scoring average in his last nine rounds there, was DFL through two rounds and scrambled just to post a T-35. Sigh. 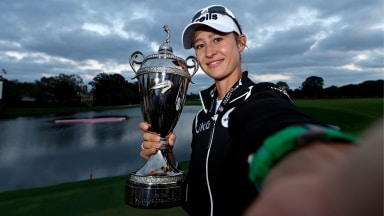 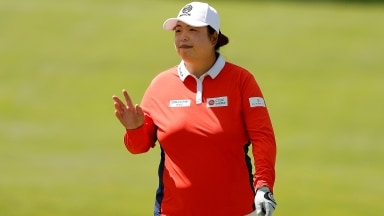