'Never seen it like this': Augusta a beast on Day 1 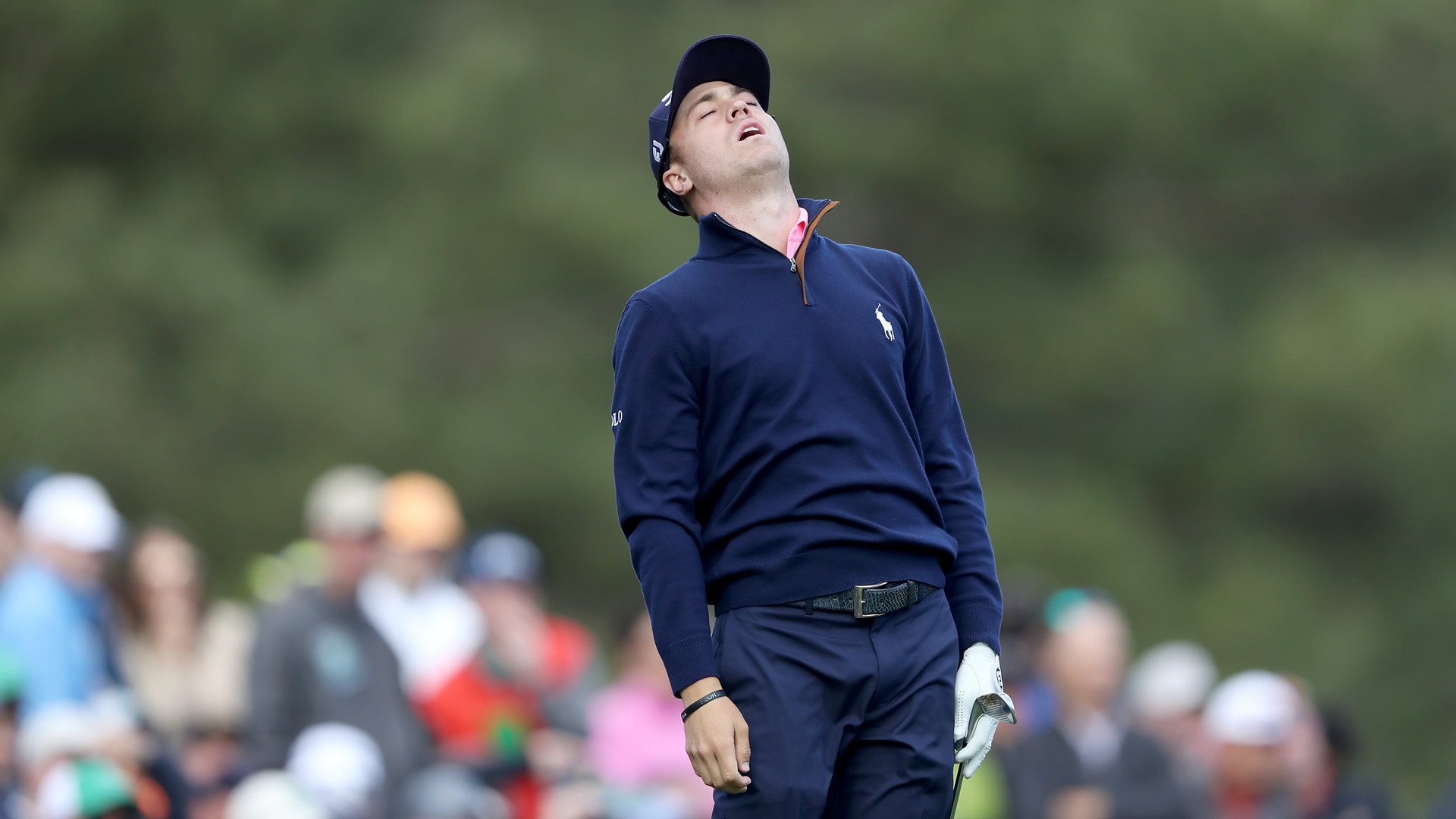 Over the years, he has seen plenty of good days here. When the sun is warm, the conditions benign. When the ball flies forever. When the roars rattle the pines.

But this was not one of those days. Not even close.

“It was hard. It was windy. I’ve never seen it like this,” Couples said.

He shot 76 in the opening round in 2000, when the wind howled and the greens were even firmer.

He ran up three consecutive scores of 76 or worse in 2007, when the winning score was over par for the first time in more than a half century.

Sure, those days tested his mettle too, but apparently they were nothing like Thursday at the Masters, when the high temperature barely crept above 60 degrees and the wind gusted to 40 mph and another former Masters champion called the conditions “borderline” and only 11 of 93 players (including the unconscious Charley Hoffman, who shot 65) ended the day in red numbers.

Couples used all of his guile to shoot 73 and sighed afterward: “I couldn’t have really shot much of a different score.”

When the wind whips like this, he can’t hit his trusty hybrid clubs, because they balloon into the air. And he can’t come out of any shots, because if his patented cut shot starts right, in a stiff left-to-right breeze, it “goes forever” in the wrong direction.

“It was really a semi-nice day for Augusta,” Couples said, looking up at the partly cloudy skies. “But to come and play in this at 2 p.m. is going to be brutal.”

Play was painfully slow, and yet no one complained about the pace. Every player took his time, waited until a gust subsided, and then pulled the trigger, hoping for a lucky guess.

“Anyone else want to hit this shot?” he said.

Thomas Pieters said ill-timed gusts make players “look stupid,” like he did on 12. He hit 8-iron, plenty of club, and didn’t even reach dry land, his tee shot splashing down in Rae’s Creek and leading to a double.

“Sometimes you have to back off five times,” Pieters said after an eventful 72 that included six birdies, two doubles and two bogeys. “I know that might give you a penalty shot or a warning, but if that’s what it takes, then that’s what you’ve got to do.”

And there always seems to be more uncertainty at Augusta, where mistakes are magnified and the punishment for a miscalculation can be severe.

“The tough part here is that a lot of it is shielded,” Jordan Spieth said. “So trusting how much wind is up there, when obviously if you’re five yards off on this golf course you could be in a very, very bad location. That’s the toughest part.”

The par-5 15th doled out plenty of punishment.

Historically, it’s the easiest hole on the course, a 530-yard par 5 that plays downhill. But a stiff wind back into the players’ face made it unwise to even try and reach the green in two shots, leaving an awkward third shot from a downhill, sidehill lie.

Spieth had 98 yards. He used a wedge that imparted too much spin and sucked his ball back off the front of the green, into the creek. He moved about 20 yards closer, clubbed down, and knocked his fifth shot over the back of the green, leaving a nasty, downhiller that is nearly impossible to get close. He chipped on and three-putted for a quadruple bogey-9.

But Spieth wasn’t the only player to encounter trouble there. Only 14 birdies were made on the par 5, and its 5.215 average (with seven doubles or worse) was the highest in tournament history.

“You can play some tennis there,” Casey said. “You’ve just got no margin for error.”

With the hole tucked on the left edge, players would have liked to hug the trees down the right side to gain the best angle of attack into the green. On a calm day, that’s a simple task. When it’s blowing 30, not so much.

“You can’t get the angles you normally would,” Casey said.

Kevin Kisner hit driver and a 3-iron to lay up – normally, that’s what he chooses to reach the green in two shots. He stood at the top of the hill and watched in disbelief as Adam Scott hit a 4-iron for his second shot.

“He said it went 15 yards backward at the peak of its flight,” Scott said. “He watched it go back toward me.”

And the fun was just beginning, as players then hit what is normally a little wedge shot into a sliver of green.

The bad news, of course, is that Friday’s forecast calls for similar conditions, if only slightly warmer.

Keeping scores respectable Thursday – two of the three rounds in the 80s were shot by amateurs – was the receptiveness of the greens after an inch and a half of overnight rain. But with plentiful sun, a strong wind and Augusta’s SubAir system, it’s firming up quickly.

“Personally,” Couples said, “I don’t want it to be like this for four days, if I’m here four days.”

And neither do his wind-burned peers.