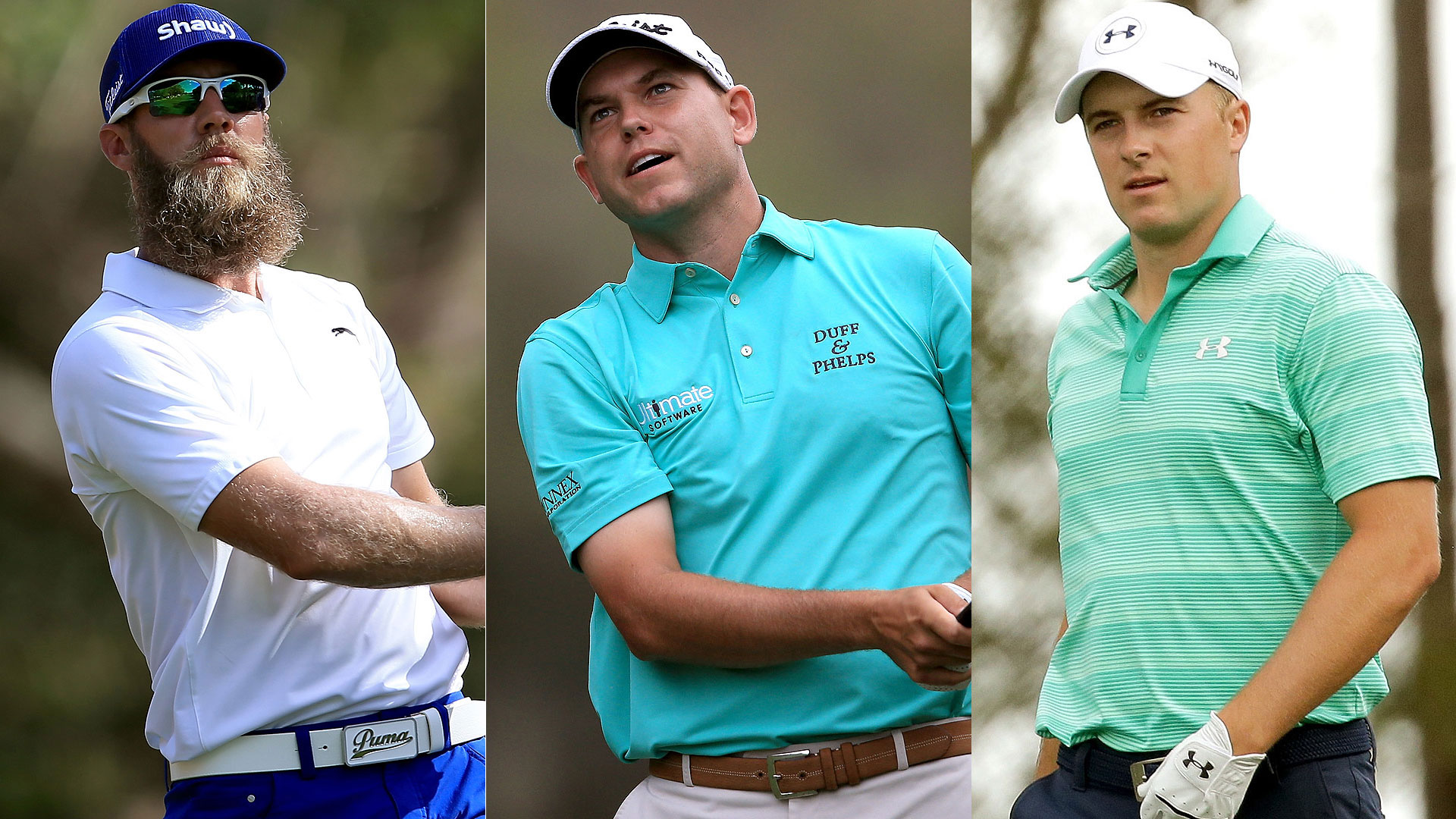 PALM HARBOR, Fla. – From the claustrophobic opening tee shot – down a hill, into a landing area that looks like the size of a bowling alley – to the nerve-wracking finishing hole – with deep bunkers guarding both sides of the fairway to a raised green – Innisbrook’s Copperhead Course doesn’t offer much relief for a frontrunner.

“It can go either direction really fast,” Ryan Moore said Saturday. “No lead is safe on this golf course.”

He would know, of course.

A year ago, Moore was in prime position to earn his fifth PGA Tour title when he tripped up on the back nine, making three bogeys in his last six holes. He finished two shots out of the three-man playoff, an afterthought following Jordan Spieth’s heroics in regulation and in extras.

But Moore is far from the only third-round leader who has struggled to close the deal here; in fact, four of the last five winners have come from behind.

Bill Haas, who leads by one at 8-under 205, is well aware of the challenge ahead on a course that is demanding from tee to green.

“It’s just every hole seems like, all right, here we go again, which I think is good for tomorrow,” Haas said. “It’s going to keep me in the frame of mind that if I do bogey early, it’s OK, because people are making bogeys out here. You’re not seeing many runs of birdies.”

Innisbrook is the best course on the Florida swing because it doesn’t play favorites. It’s why recent winners here include both basher Gary Woodland and bunter Luke Donald. It’s why the current leaderboard features both Graham DeLaet and Moore. With more of an emphasis on strategy than power, the Copperhead Course removes the bombers’ inherent advantage and puts everyone in virtually the same spot in the fairway.

“There’s certainly a lot of thinking going on out there,” Haas said.

The six-time Tour winner fired his second consecutive 67 on Saturday, which matched his best score here in 29 attempts. He credited a swing thought from his famous father, Jay, who flew in Tuesday.

“I was just hoping he would have the magical touch and change it for me,” Haas said, and the tip – to abbreviate his follow-through but still hit a full shot – has worked wonders. He is ranked fourth this week in the Tour’s strokes gained-tee to green statistic.

“Without him coming down, I might not have even made the weekend,” Haas said. “It was very valuable.”

He is one stroke clear of DeLaet, who surged into contention after smashing a 268-yard 3-wood to set up a short eagle on 14. The Canadian added a birdie on the difficult 16th as he looks to be known more his play than his epic beard.

“I think tomorrow is going to be the day,” said DeLaet, who is winless in 137 starts. “Every time I’m in this position I say the politically correct things. I’m going to go and win this golf tournament tomorrow.”

Among those chasing are 49-year-old Steve Stricker, who is searching for his first win in four years, and Patrick Reed, who is four shots back and looking to avenge last year’s playoff loss. Spieth, the defending champion, is only six back despite an opening 76.

Making the final round even more intriguing is the less-than-perfect greens, which were resurfaced last summer and are running significantly slower than a typical Tour course. Players have left a number of putts short on the sticky greens, but the pursuers will be more aggressive in the final round, knowing they have to press the issue and that the ball won’t trickle out to that uncomfortable distance.

“It’s a conscious effort to try and get the ball to the hole,” Moore said.

Throw in a forecast that calls for possible thunderstorms and a sustained 15-mph wind, and the final round should produce plenty of volatility on the leaderboard. Nothing new there.