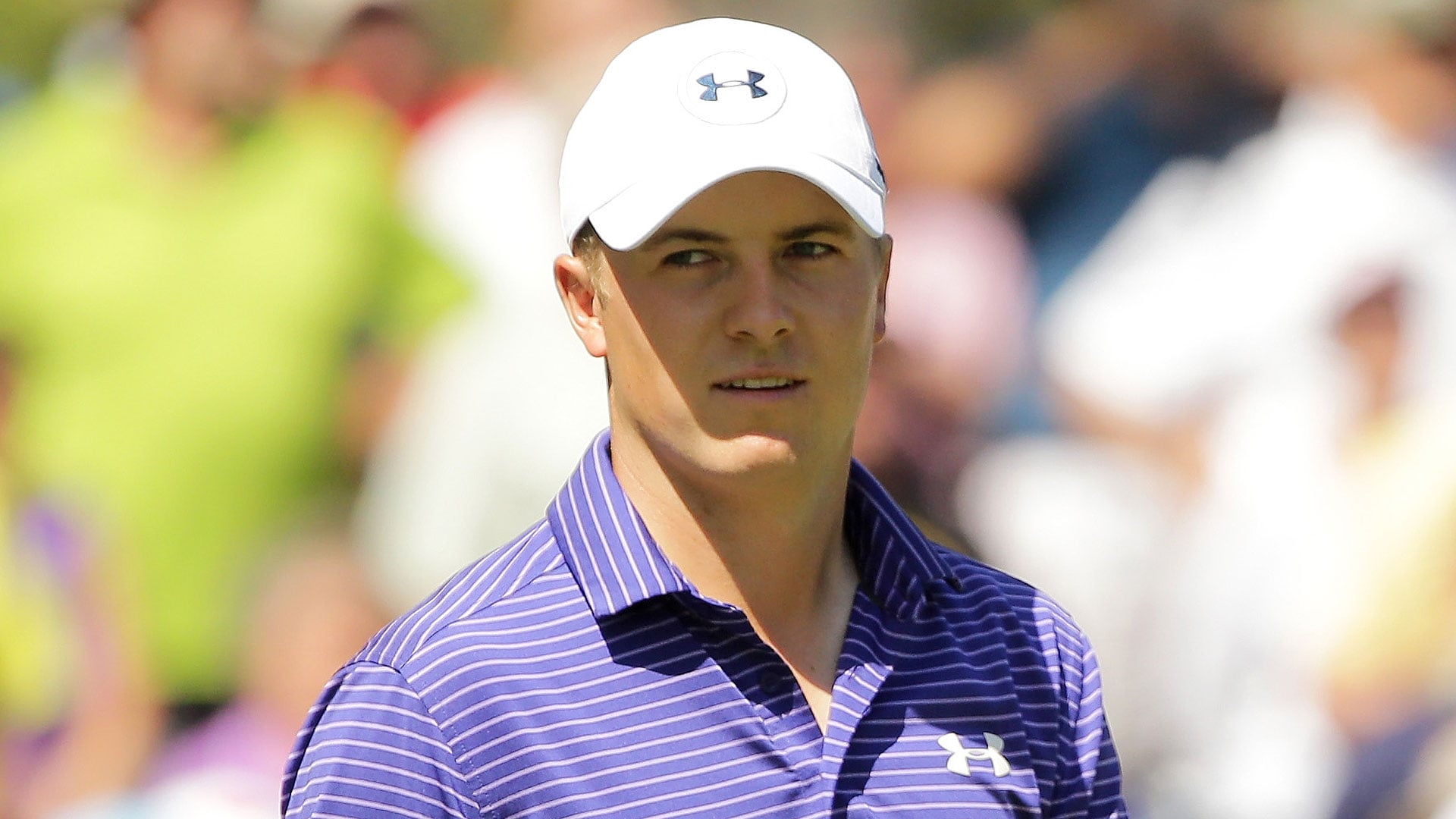 PALM HARBOR, Fla. – Nearly 2.5 million people follow Ian Poulter on Twitter and Instagram, so whenever he posts about his Ferrari collection or his clothing line or his latest result, it doesn’t go unnoticed.

The majority of the responses are positive and optimistic, kind and supportive.

But then he will scroll through this:

maybe you could play aff the womans tees. Give U a chance.

The problem, of course, is that Poulter admittedly reads it all – the good, the bad and the downright vicious.

“I’m an idiot,” he said. “I’ve had enough warnings, and unfortunately you can have a hundred good messages and one bad one, and the one bad one really pisses you off.

“So note to self: Don’t (expletive) read the comments.”

The explosion of social media has made politicians, TV stars and athletes more accessible than ever before. Sadly, that also has its drawbacks.

It is, without a doubt, one of the greatest complications of the Internet age: the free exchange of ideas also offers the angriest and most miserable people a voice, a platform, where they muster up the keyboard courage and spew hatred without consequence.

To leave a comment on this website, users must register an account with Facebook or Google Plus. The thinking is that it would discourage an anonymous fool from polluting what can be sensible discourse. But peruse the comments left on social-media posts by LeBron James, Bryce Harper and Tom Brady. Some are complimentary. Many are sadistic, racist, homophobic or sexually explicit.

Granted, those superstars have it worse, the battle lines drawn because of their team affiliation, their significant others, their big-money contracts, their spirited style of play. Oftentimes, they are despised simply because of the logo on their jersey.

But it’s more personal in golf, because it’s an individual pursuit, and the high-profile players are targets for the fans’ vitriol. Sift through the carnage … sorry, comments … on any website, on any given day, and the world’s best golfers apparently are hacks, clowns, spoiled, thin-skinned, overrated, phonies and losers.

Justin Thomas noticed that the same few users will comment every time he shoots an over-par round, almost as if they’re waiting on their phone for the score to become official.

“A lot of them are honestly hysterical,” Thomas said, “and people hide behind their phones and say whatever, and once they get called out, from anybody, they quickly go back into their little hole and support you.”

When a Twitter user needled Jason Dufner about his winless drought, Dufner responded with a picture of him holding the Shark Shootout trophy. A month later, when he won again in Palm Springs, he reached out to the same fan with another trophy shot, this time with the caption: “another one..”

In one of the most memorable social-media interactions last year, Rickie Fowler buried a pair of haters on Instagram – one who insulted his then-girlfriend, another who criticized his swing.

Taking a blowtorch to the trolls publicly may produce an avalanche of retweets, likes and attaboys, but many wonder why a public figure even acknowledges the haters.

Perhaps more than any other Tour player, Poulter has engaged in numerous cyber scuffles. When asked why he responds to the naysayers, Poulter took a few seconds to process the question. Then he shrugged.

“Don’t know,” he said. “Sometimes you want to please the fans. It’s nice to read nice comments, but unfortunately there are dangers with doing so. Those dangers are a few idiots, a few very sad, lonely, pathetic, unhappy individuals who like to try and make misery for other people. So you have to manage what it is you want out of social media, but at times it’s tricky to be able to do that.”

Do the negative replies sting?

“Of course,” he said. “I try and brush it off, but when there are lots of idiots who say lots of things, then unfortunately it gets frustrating at times and you retaliate occasionally when you probably shouldn’t.

“Sometimes it’s very unjust. You work very, very, very hard to do something, and you put all the hours in, and somebody accuses you of being lazy or telling you to go practice and work harder and that you’re rubbish – and those are the polite versions – then it really annoys you and you want to tell that person, ‘Would you like to go forth and multiply?’ But you can’t do that. Then it’s out there in the outside world and you can get punished for it.”

A global superstar like Jordan Spieth has, incredibly, dodged much of the Internet bashing. He is good-natured, unfailingly polite and thoughtful, the total package, an All-American kid who is already a star pitchman. Polarizing, he is not.

And so it was a surprise to see Spieth get snippy on social media Thursday night. First he fired back at an Instagram user, who said that he was “garbage,” and then he called out the PGA Tour’s official Twitter account, which had highlighted a post-round comment that was made in jest.

Spieth said that he was “bored” and saw the nasty comment as he scrolled through his feed. Already frustrated after a poor round, he tapped out a reply. He’s human.

“You’ll probably never see me do that again,” he said Friday. “Obviously it was seen and known. It’s just really frustrating. I should never respond to any of that. Just let it go and by the time the next tournament rolls around, no one even remembers it anyway.”

This represents an ongoing inner struggle for Spieth, how to deal with social media, with the fallout and the bullies and the so-called experts. Earlier this year at Kapalua – a tournament he won by eight shots – he talked about trying to “quiet the noise” of the detractors while living in the spotlight.

The task is actually made easier at the majors. When he won wire-to-wire last year at the Masters, Spieth went on a social-media hiatus, passing the time at night by playing pingpong and watching movies at his rental house.

But it’s unrealistic to live in a bubble the rest of the year. He’s 22, after all. Even if he purposely tries to avoid the noise, he’s bound to notice a few criticisms or quips on his timeline or in his mentions. It’s unavoidable.