Spieth has Sunday edge after clawing way back 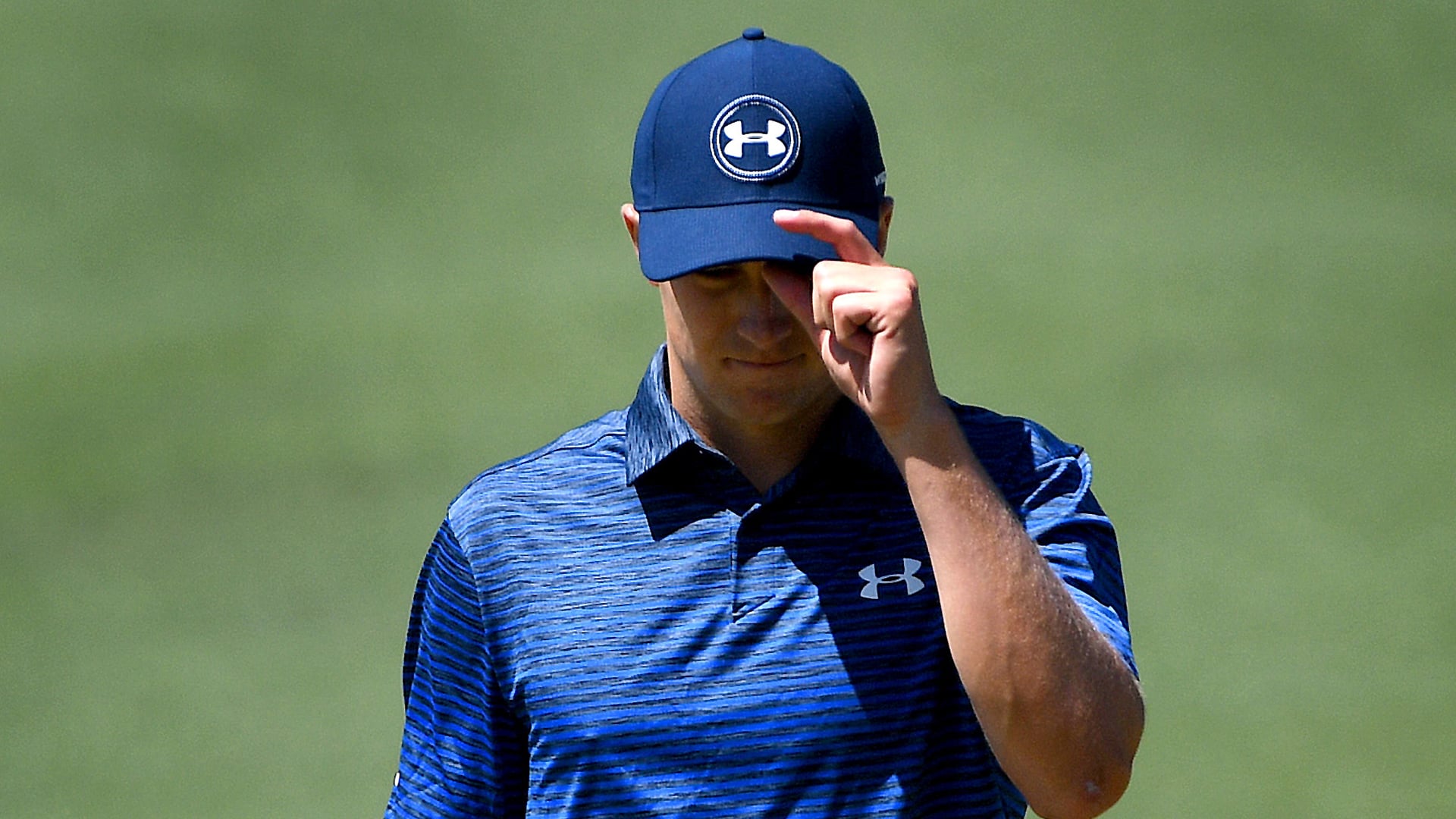 And not give a – well, you know – about anything else.

“It’s win or go home,” he said. “So if you pull off the shots and you make the putts, then I want to give myself a chance for that to be enough. And if I don’t, then so be it.

“Finishing fifth versus 10th doesn’t mean much to me. So that frees me up a bit tomorrow.”

When he entered the media building Saturday evening, Spieth stared intently at the leaderboard.

He was two shots back.

Spieth never changed his expression, but he could have been excused for a double take.

For the first time in his career, Spieth won’t take at least a share of the lead into Masters Sunday – and yet he’s feeling just as dangerous.

The master of the Masters was left for dead after he took a quadruple-bogey 9 on his 15th hole of the tournament. At the end of Day 1, he was 10 shots off the lead. Midway through Day 2, with Charley Hoffman pulling away, Spieth was in danger of being sent packing.

But he never panicked, because around here, with his level of comfort, it’s a waste of energy. He came home in 33, including birdies on Nos. 16 and 18, and practically floated into the scoring center.

“It gave me that chance,” he said. “I went to bed with my heart pumping faster last night.”

And then he played with renewed purpose on Saturday, ending his front nine with three birdies in a four-hole span. His lethal short game took over from there, with nifty par saves on the 10th and 12th holes, and then one of the boldest shots of his young career, into the par-5 13th.

With Spieth’s ball on a sidehill lie in the pine straw, and with 228 yards to the well-guarded green, his caddie, Michael Greller, pushed for a layup.

“What would Arnie do?” Spieth asked, and they both knew the answer. He ripped a 4-iron into the middle of the green, leading to a two-putt birdie. He shot 68.

From out of the tournament to another chance at a green jacket, all in 27 holes.

“After the first round,” he said, “I couldn’t ask for much better than this.”

If Spieth truly strikes fear into the rest of the field, we’ll find out Sunday. He’s right there, again, the continuation of a historic four-year run of excellence here.

“We have a great history here,” said Spieth, in the understatement of the day, but his dominance isn’t as easy to quantify. He cracked that, unlike in the early 2000s, there is no way for Augusta to “Jordan-proof” this place. He doesn’t overpower the course. He’s not always down the center stripe of each fairway. He’ll occasionally hit some errant approaches. But his short game is magical. And he never quits. Never believes he’s out of it.

“Jordan Spieth is a huge threat to this tournament," Adam Scott said.

“He’s got a great golfing brain,” said Justin Rose, who is tied with Sergio Garcia at 6-under 210. “This is a very strategic golf course, and you have to make good, smart decisions out there. It tempts you at times. It can dangle the carrot. You need to be on top of your thinking, and he’s very good at that.”

Rose and Garcia may have 31 Masters appearances between them, but they never have experienced the suffocating pressure of holding a lead and turning toward the back nine.

In that respect, Spieth holds a massive edge.

Three years ago, he eased off the gas and got lapped by Bubba Watson.

Two years ago, he stiff-armed the field during a historic romp.

And last year, well, last year he endured the biggest collapse in tournament history, going from five ahead to three behind in less than an hour.

Important lessons, all of them.

“I know that anything can happen,” he said with a wry smile.

Indeed, the question that hovered over Spieth as this Masters approached – will the back nine haunt him forever? – now gives him confidence as the pursuer.

“I’ve been on both sides of it now,” he said, “and I like the winning side better. So I’m certainly going to go for broke.”