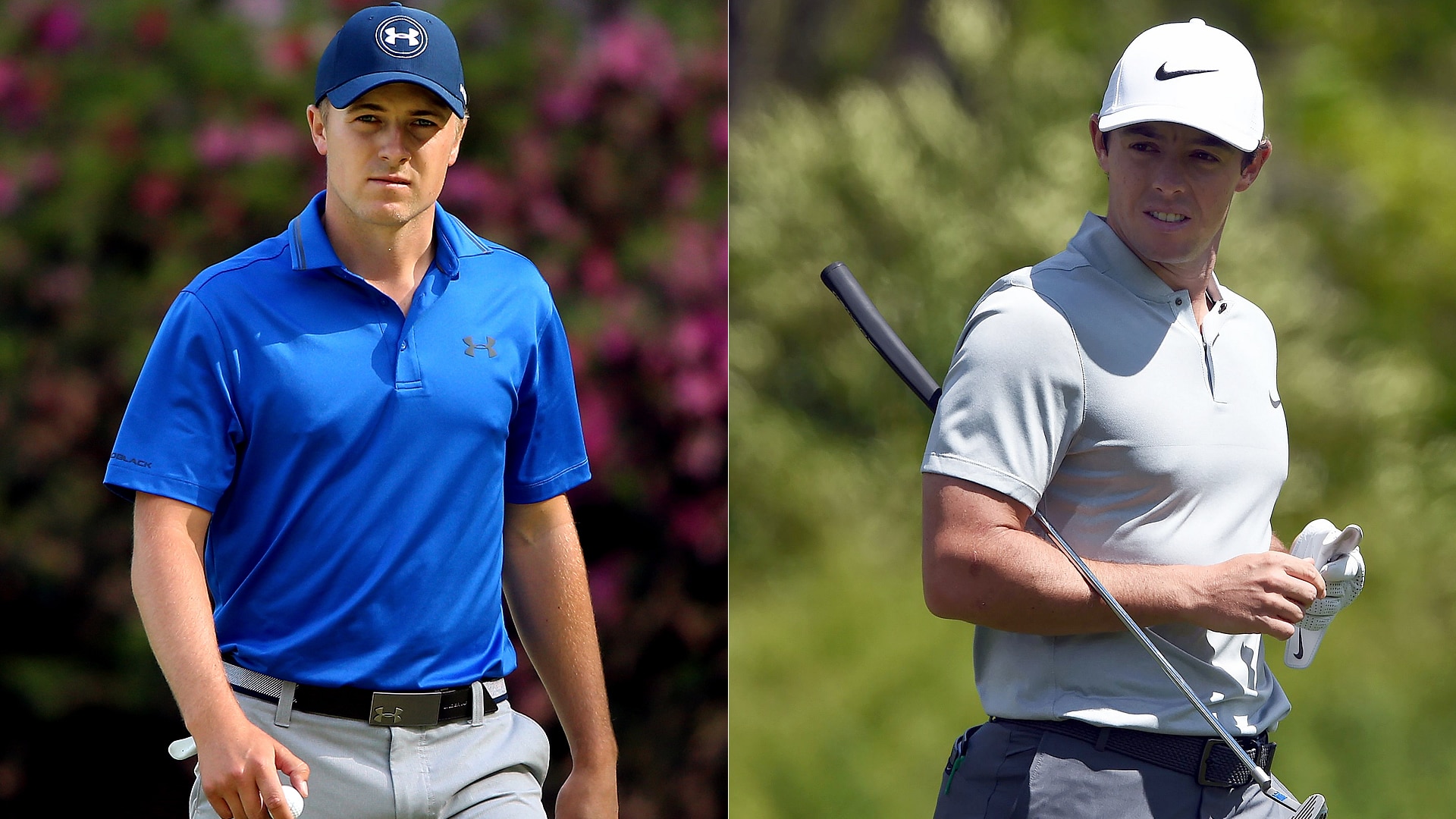 SPRINGFIELD, N.J. – The PGA of America ditched the Glory’s Last Shot tag line a few years ago, at the PGA Tour’s request, because, it reasoned, important golf is still played deep into the fall. (Hello, FedEx Cup.)

That’s true, of course, but the PGA’s former slogan still underscores the importance of this week for players like Rory McIlroy and Jordan Spieth, whose outlooks could change dramatically depending on how they fare at Baltusrol.

It’s been a turbulent few months for both superstars, but the numbers suggest they’re far from spiraling toward Armageddon.

McIlroy has a victory and eight top-5s in 15 starts this year.

Spieth has won twice and likely was a solidly struck 9-iron from sliding another green jacket onto his shoulders.

Yet for various reasons, both players enter the year’s final major unfulfilled and unsatisfied.

Asked Tuesday to describe his year in a single word, McIlroy chose "neutral."

“I’m trying to stay as positive as I can,” he added. “I feel like I am positive because my game is in good shape. But I guess I’m just maybe running out of patience a little bit and trying to make it happen.”

His frustration has boiled over at various points over the past few months. In May, he was less-than-enthused about the negative spin regarding his game. In June, he missed the cut at the U.S. Open and blew out of town before speaking with the media. And just two weeks ago at The Open, he slammed his 3-wood and snapped the head after an errant shot.

Surely, he’s desperate to get back to world No. 1, to his winning ways?

“I think you guys are more desperate for it to happen than I am,” McIlroy said at Royal Troon.

Yet in this era of awe-inspiring power players, a year in neutral is oftentimes a year left behind. If McIlroy fails to win the PGA, he’ll have gone two full years without a major. That’s far from an eternity, of course, but it comes at a time when Spieth, Jason Day and Dustin Johnson all have taken significant strides. Fair or not, it appears as if McIlroy is lagging behind, which led an ambitious headline writer for The Telegraph (U.K.) to suggest that the former Boy Wonder was in danger of becoming Ringo.

Is it unrealistic, McIlroy was asked, to expect a world-class golfer in today’s environment – with better equipment, better fitness, better depth and talent – to capture a major title every year?

McIlroy believes it’s possible. And he should – from 2011-14, he averaged a major per year.

“There’s no reason to think that I can’t do that for the foreseeable future,” he said. “Obviously that’s what my benchmark is, and I feel like I can attain that. I have to play my best golf, and sometimes it’s hard to come up with your best golf each and every week. But I definitely think it’s attainable.”

Like McIlroy, Spieth’s toughest challenge this year has been outracing the massive expectations that followed one of the best seasons in recent memory.

Spieth has won twice this year, but history suggested he was due for a market correction after he came up four shots shy of the single-season Grand Slam. Of the 14 players who won two majors in a season, only five returned the next year and added to their Slam total.

Even without his best stuff, Spieth led the Masters by five shots before ultimately coming undone on the back nine. He hasn’t finished inside the top 30 in each of the past two majors, however, only fueling the critics who say he’s mired in a slump.

“I don’t think that I am a better player this year than I was last year,” he said. “I think I’m the same player – I’ve just been getting a bit too frustrated.”

On the course, Spieth has seemed at times both impatient and uncertain, engaging in long, lively chats with caddie Michael Greller in which he overanalyzed each shot and club selection. In hindsight, he said, it served little purpose, other than to drive his pace of play to a screeching halt. In recent weeks, he’s tried to revert back to a “gunslinger” mentality – chose a club, pick a target, pull the trigger – but it could be further proof that his mind is cluttered with unnecessary thoughts.

Spieth has even expressed frustration with some of the negative questions about his game, as if to imply that he’s had a bad year. Though the statistics show that he’s taken a step back with his ball-striking, he’s longer off the tee and more confident in his mid-to-long iron game. And even if he’s not quite as sharp, even if he’s major-less this year, the kid still knows how to get the ball in the hole – his scoring average (69.501) is third-best on Tour.

“I set my own expectations so high,” he said. “So have I met them this year? Not yet. But I still can, based on the goals that we set for the year.”

Which brings us back to the PGA, and to, ahem, Glory’s Last Shot. A FedEx Cup title could pad their already overflowing wallets, and a Ryder Cup victory might bring a sense of collective achievement, but nothing would compare to the satisfaction of capturing another major, of transforming a good year into a great one, of silencing the questions, if only for a few moments.

It’s the only tournament left on their schedules with that singular power.

McIlroy seems to understand the stakes this week at Baltusrol. Grading his season so far, he said it’s either a “B-minus, or a B … but I could change that into an A-plus on Sunday.”

“There’s a lot of golf left, the last major of the year,” he said, “and I want to give it my all to get in the mix and try to win another one of these things before I have to wait another eight months.”