Spieth wrestles with 'hardest decision I’ve ever had to make' 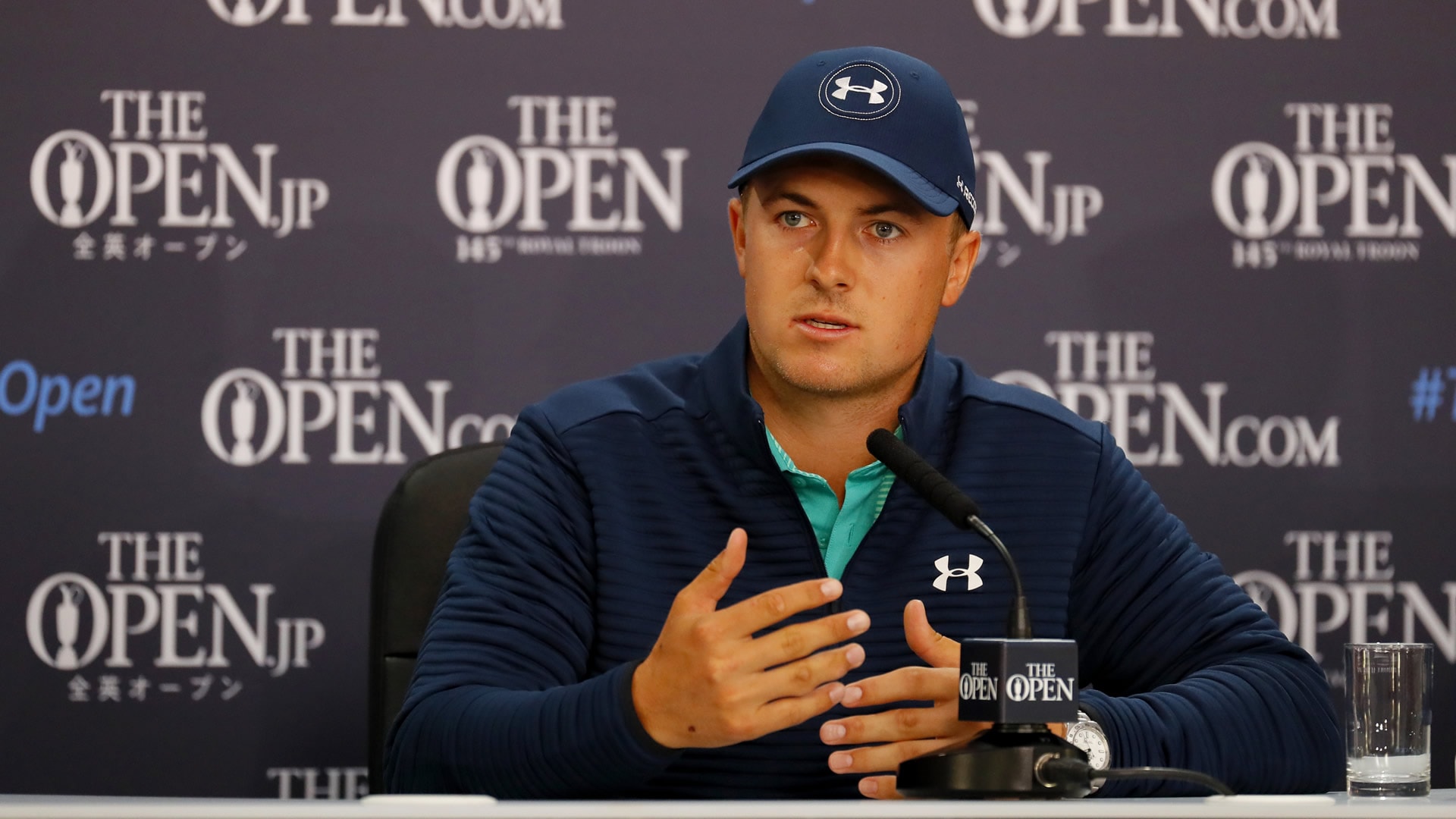 TROON, Scotland – It was Sunday night, the clock was ticking, and Jordan Spieth was no closer to deciding whether he would don the red, white and blue when golf made its much-maligned return to the Olympics.

It was a decision that proved more difficult than when he chose Texas over a slew of other powerhouse college programs.

More difficult than when he opted to turn pro at the halfway point of his sophomore year.

More difficult than when he picked an equipment company or mapped out a schedule or turned down some charity outing because he didn’t have the time.

Nicknamed the “Golden Child,” because everything seems to have gone right during his gilded career, Spieth recently found himself in an unenviable position: Would he single-handedly save the Olympics by going all-in, or simply fall in line with the rest of the dropouts during what has been an uneasy run-up to golf’s return after an 114-year absence?

“This was probably the hardest decision I’ve ever had to make in my life at 22 years old,” he said Tuesday at The Open.

Ultimately, we now know, Spieth decided to withdraw from the Olympics, from Team USA, because of health concerns. That he waited until Monday morning, a few hours before the teams were to be announced, was revealing; he’d been waffling for weeks, so much so that he said he went to bed Sunday night still undecided about his status.

Spieth sensed the impending doom as he headed into a packed media center at noon local time Tuesday. After handling a softball question by the R&A moderator about how much it would mean to capture The Open, Spieth woofed, “I can already tell that’s going to be the easiest question I receive.”

And indeed, it was.

Spieth was pressed, repeatedly, about his choice, about whether he faced any external pressure, about what kind of medical advice he’d received and whether he could understand why the public would be skeptical of players’ rationales.

As always, Spieth was honest, intelligent and charming, though the timing of his decision could have been better, with The Open just 48 hours away. Of the 19 questions he was asked, 15 were about the Olympics. As he rose to leave, Spieth wondered aloud whether there was actually a golf tournament this week.

So, yes, this could have been resolved weeks, maybe even months ago. And he felt bad about that. Slow-playing his Olympic decision left the International Golf Federation, USA Golf and his eventual replacement, Matt Kuchar, all in a bind. But Spieth had doubts and questions, and they didn’t subside no matter how many professional athletes he consulted or medical experts he queried.

“I certainly wasn’t trying to wait until the last minute,” he said. “I just couldn’t make a decision, and then I had to by the last deadline. I was very indecisive about it.”

According to the timeline offered by the IGF, July 18 is the deadline for players to confirm their participation in the Games. But if Spieth had waited until then, until after the teams were announced, he’d have been skewered.

Spieth had spoken at length with both Dustin Johnson and Rickie Fowler before they made their Olympic announcements last week. On Friday, Johnson withdrew. Sunday night, with Spieth seated next to him in their rental house, Fowler confirmed he was in with a patriotic tweet.

There have been more than a dozen withdrawals in all, everyone from major champions to afterthoughts on the FedEx Cup bubble. But Spieth was the final, and arguably the biggest, domino to fall.

“Do I think it looks bad on golf?” he said. “Maybe. But I’m making the decision of what I think is best for me. I don’t feel like I have to carry the torch for the sport or anyone else. This is bigger than that for me personally.”

And so he decided that these Games, at this site, were not worth the risk.

A shame, too, he said, because he had hoped to be an Olympian ever since golf rejoined the program back in 2009. But no one could have foreseen the trouble that Rio now presents: the Zika virus; the security issues; the general instability. Though he might regret missing the opening ceremony, the competition and the medal presentation, Spieth is already looking forward to Tokyo in 2020.

“This is just a really unique circumstance,” he said.

Despite reports that he faced mounting pressure from Cola-Cola, a longtime Olympic sponsor, Spieth said the decision was “90 percent me, 9 percent the team, and 1 percent anything else that came our way.”

“Whenever I talked to our team,” he added, “the responses I got were, ‘We are 100 percent behind you either way, but you need to make this decision 100 percent yourself.’”

And so he did, just as Adam Scott, Jason Day, Rory McIlroy and Johnson had before him. That didn’t make Tuesday any easier.

“I will continue to carry (the decision) with me throughout these Games and for a while,” he said. “It’s that tough. It’s the most difficult decision I’ve ever had to make.”