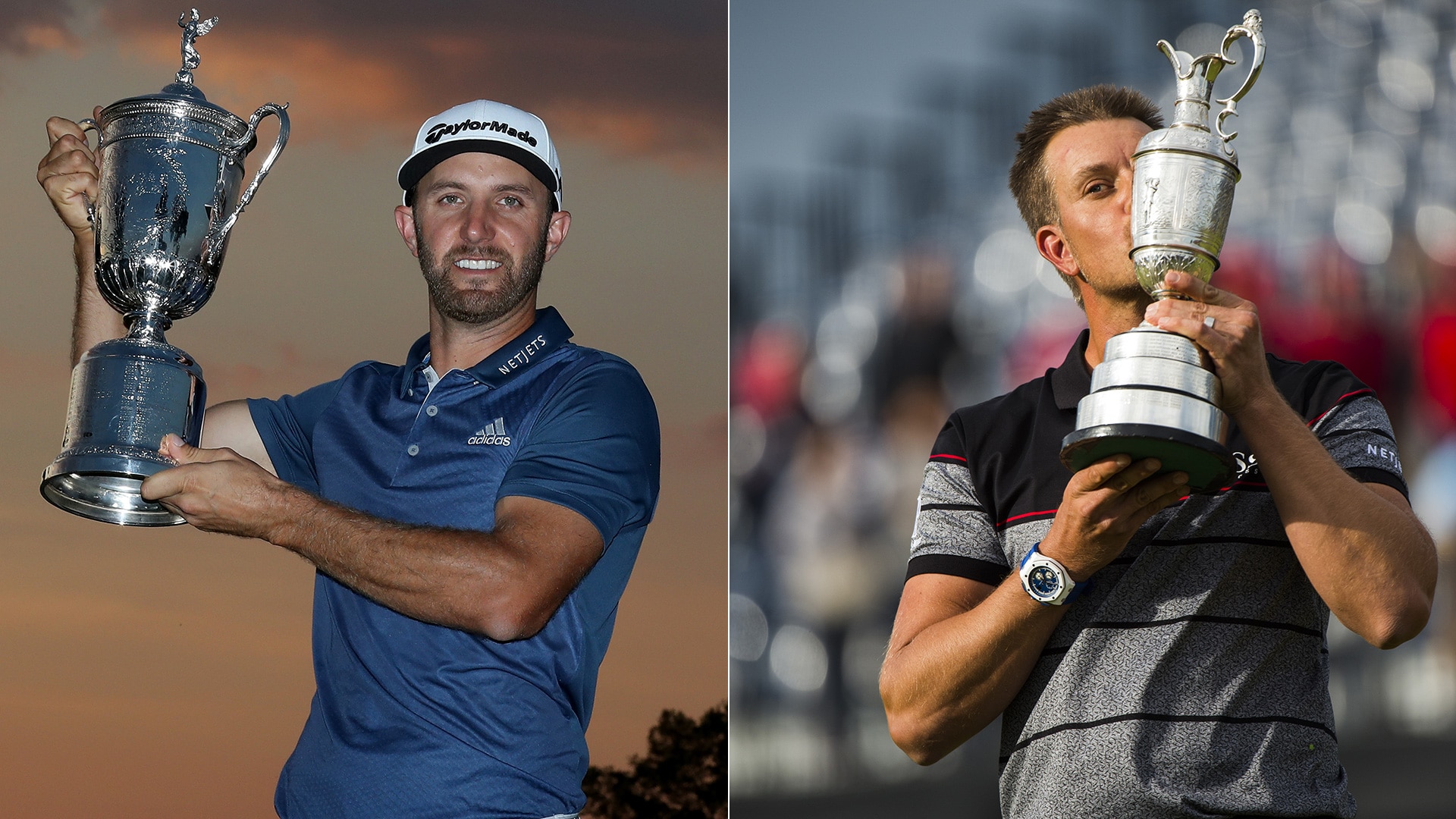 What had been a theme-less 2016 will now be remembered as the year that golf’s nearlymen finally broke through for their first major title.

Resounding victories in the past month by Dustin Johnson and Henrik Stenson offer hope to the frequent contenders who were thought to be too damaged and scarred by their past failures. After years of wilting under pressure, they each played boldly on their Open Sundays, authoring the most stirring performances of the year and shifting the narratives of their underachievement.

Uber-talented but enigmatic, Johnson had won every season as a pro but also endured a checkered history with on-course blunders and off-course recklessness. From Pebble Beach to Whistling Straits to Royal St. George’s to Chambers Bay, he woulda-coulda-shoulda bagged a couple of majors already. Instead, he entered this year empty-handed.

Then came Oakmont, where the USGA gave him every opportunity to fold. In an unprecedented move, the rules officials interfered with the rhythm of Johnson’s round and informed him on the 12th hole that he may face a one-shot penalty after the round. The confusion about his score could have sent Johnson into a downward spiral, again, but this time he bashed his way to the top of the leaderboard on arguably the most difficult course in America. Remarkably, the very attribute for which he’d been so relentlessly criticized – a lack of mental toughness – was the main reason he won golf’s most grueling major. And so now, after years of making head-scratching blunders in big spots, no deficit or distraction will ever seem insurmountable.

“He’s a fantastic talent,” Jack Nicklaus said last month, “and I think he’s probably one of the later bloomers. He’s just starting in the prime of his career, and I think he’s got a great future.”

Though talent usually prevails, sports history is littered with cautionary tales of what-if superstars. It’s simply human nature: The more a player crumbles in crunch time, the more difficult the task becomes. The only relief from the pressure and the scrutiny – even Stenson admitted that the incessant questions about his major-less status were “annoying” – is to win.

“But if it continues to happen,” Nicklaus said of the major near-misses, “then all of a sudden it gets in your head and you can’t really get it out.”

What goes on upstairs has always been Stenson’s greatest weakness. He’s a world-class player and ball-striker who has weathered two career-threatening slumps, but it’s his drive for perfection that ultimately has capped his success. Sure, he’d captured 15 titles worldwide (including the FedEx Cup and a World Golf Championship) and had seven major top-5s prior to The Open, but equally as memorable were his tantrums in which he decapitated his driver and trashed a locker.

“It’s all about the melon, isn’t it?” said Stenson’s longtime swing coach, Pete Cowen. “If it’s a dark gray, he’s fine. But if it’s a dark green, he’s in trouble.”

Stenson’s brain certainly didn’t resemble the Hulk’s at Royal Troon. Though his putter had often tormented him in big spots previously, Stenson filled up the cup at an astounding rate Sunday, rolling in 10 birdies (including a pair of cold-blooded 30-plus-footers on the back nine) to outduel Hall of Famer Phil Mickelson in one of the greatest head-to-head clashes in the game’s long history. The Swede became just the second player to win a major after closing with 63, and his 20-under 264 set a major-championship record.

Seems a gray melon led to a silver claret jug.

“I felt like this was going to be my turn,” he would say later.

Johnson and Stenson’s breakthroughs should be welcome sights for Sergio Garcia, 36, and Lee Westwood, 43, who now assume the mantle of the best players not to have won a major. Though there was a sense of inevitability to Johnson’s victory, given his incredible skill set, the 40-year-old Stenson proved that it’s not too late for these battle-scarred stars.

After all, Garcia’s 12 top-5s in majors are the most all time without a victory. But considering the way this major season has gone, with the Revenge of the Nearlymen, this week’s PGA could change the trajectory of his complicated career.

Just look at the transformation that is already underway within Stenson. His Open victory wasn’t but an hour old when he began looking ahead to another big prize.

“We’re only just getting started, aren’t we?” he said. “You never know once you open the floodgates what might happen.”