Texas' Scheffler on another big stage at NCAAs 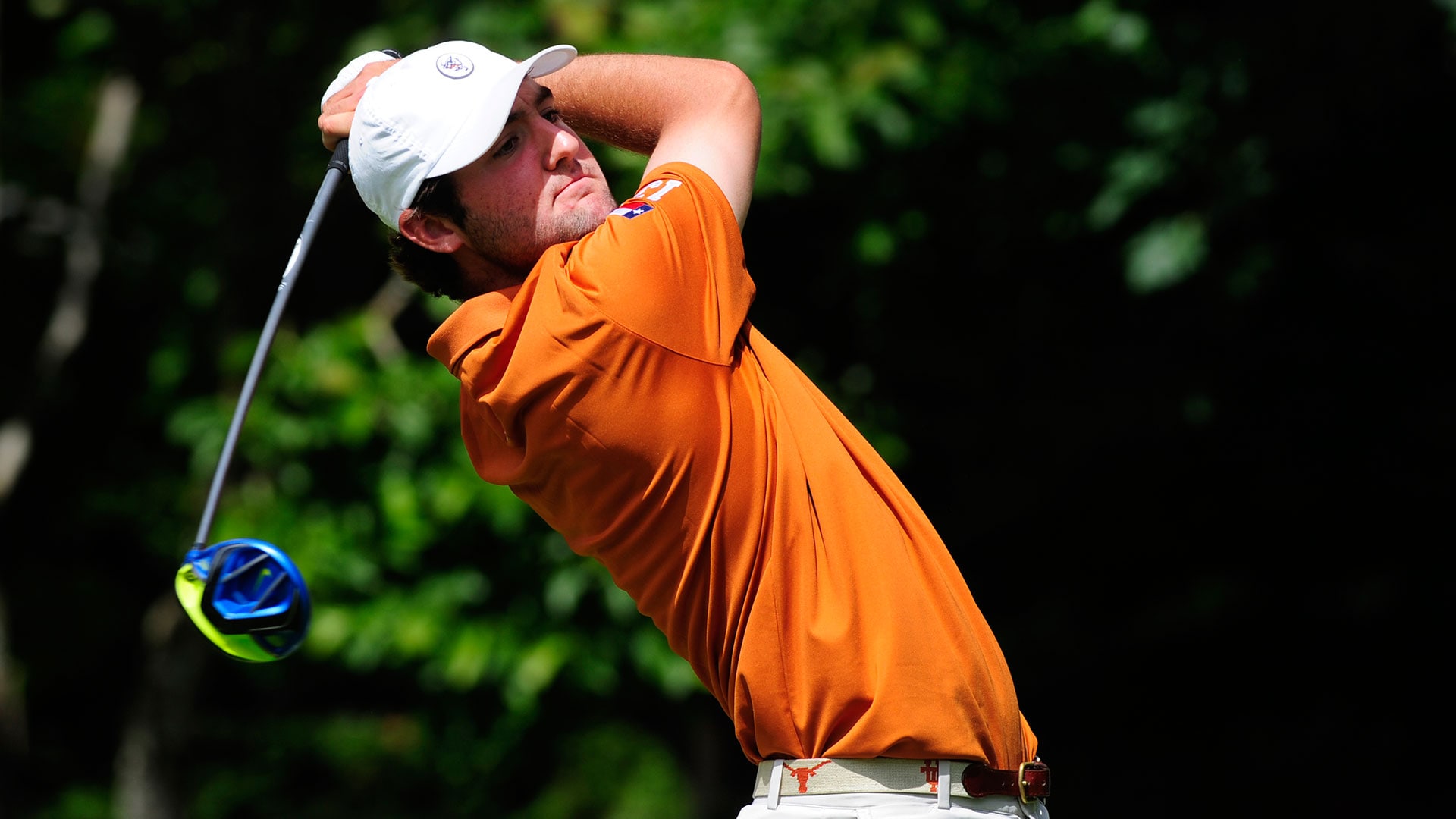 SUGAR GROVE, Ill. – This big stage doesn’t faze Scottie Scheffler, and why should it?

He has contended (early) at a U.S. Open. He has played in a PGA Tour event. He has captured a U.S. Junior and won three consecutive Texas high school championships and gone 3-1 in NCAA match play.

“He certainly has a belief in himself that he can compete at a really high level,” Texas coach John Fields said.

And so now Scheffler has found himself in another position with all of the attention and the TV cameras. On Monday, the junior will take a two-shot lead into the final round of the NCAA Championship.

The Longhorns are currently four shots back of the top 8, but their best chance for a title this year might ride on the occasionally problematic back of Scheffler.

The 20-year-old was one of the most-hyped junior players of the past decade, a can’t-miss kid who seemed destined to follow Jordan Spieth and lead Texas to another national title. But his past three years have been filled with both promise and patience.

It’s hard to imagine it now, looking at his 6-foot-4-inch, 210-pound frame, but just seven years ago he was 5-foot-2 and 100 pounds. He grew at an alarming rate – not just his overall height, but his arm length and hands and shoulders – and all of that growth put an immense strain on his body. He suffered a back injury two years ago and has since needed a maintenance program to keep him upright and in the lineup.

“Growing as much as I did, you’re not going to feel awesome every single day,” Scheffler said. “Just some growing pains.”

Fields credited Scheffler’s longtime swing coach, Randy Smith, for keeping him competitive through all of the tweaks that his growing body necessitated.

“He never lost any confidence in me,” Scheffler said of Smith, with whom he has worked since he was 7 or 8.

Scheffler’s game has been trending heading into nationals, with top-3 finishes in each of his past three starts. Here at Rich Harvest Farms, he has recorded three consecutive rounds of 68 to take the lead heading into the final round of stroke play.

Chasing Scheffler is an eclectic cast of characters who rank among the best in college golf.

USC’s Rico Hoey (runner-up in 2016) and Vanderbilt’s Matthias Schwab (T-3) each are in position to avenge last year’s disappointment, when they came up a few shots shy of Oregon’s Aaron Wise for the individual title.

Also three shots back is Illinois junior Dylan Meyer, who has had a whirlwind few weeks. At last month’s Big Ten Championship, he thought he had a stomach virus but was later diagnosed with ulcerative colitis, which required a three-day stay in the hospital. Not the most patient 21-year-old anyway, Meyer was “climbing up the walls” of his room while watching re-runs of “Law and Order.”

Meyer was released from the hospital the day before the Illini left for regionals, and he played early the next day to show coach Mike Small that he could handle one of the most important tournaments of the year.

“The time of year inspired him to be ready,” Small said.

Meyer had joined the player-of-the-year discussion after posting three wins in a row, but he had played only once between Big Tens and regionals, and he lost 10 pounds and 10 yards of distance after his illness.

Illinois was six shots off the top-5 cut line with seven holes to play, but the team played the finishing stretch in 2 under to finish third. Meyer tied for 28th individually, his worst showing of the season.

“Not exactly what I wanted,” he said, “but adversity hits everywhere and you just have to deal with it.”

Even though he takes medication three times a day, Meyer is still figuring out what he can and cannot eat, and will require an infusion every eight weeks for the rest of his life. Meyer says he is competing this week at “100 percent.” He looks like it, too, shooting weekend rounds of 67-69 to sit in a tie for second heading into the final round.

To win, he’ll have to overcome a slew of other seasoned players, but mostly Scheffler, who has a two-shot head start.

Scheffler arrived on campus and immediately drew comparisons to some of the Texas legends – Ben Crenshaw and Tom Kite, Justin Leonard and Spieth. With a victory Monday, he’d vault into a new stratosphere as one of the world’s best amateurs.

“The greatest thing that everyone involved with Scottie has done is just be patient with what had to transpire over the past three years to get him to this moment right now,” Fields said.

Another big stage? Don’t expect him to shy away from it. 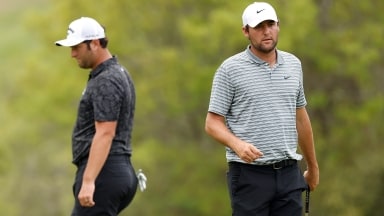