Wilkes-Krier among those living the dream at Oakmont 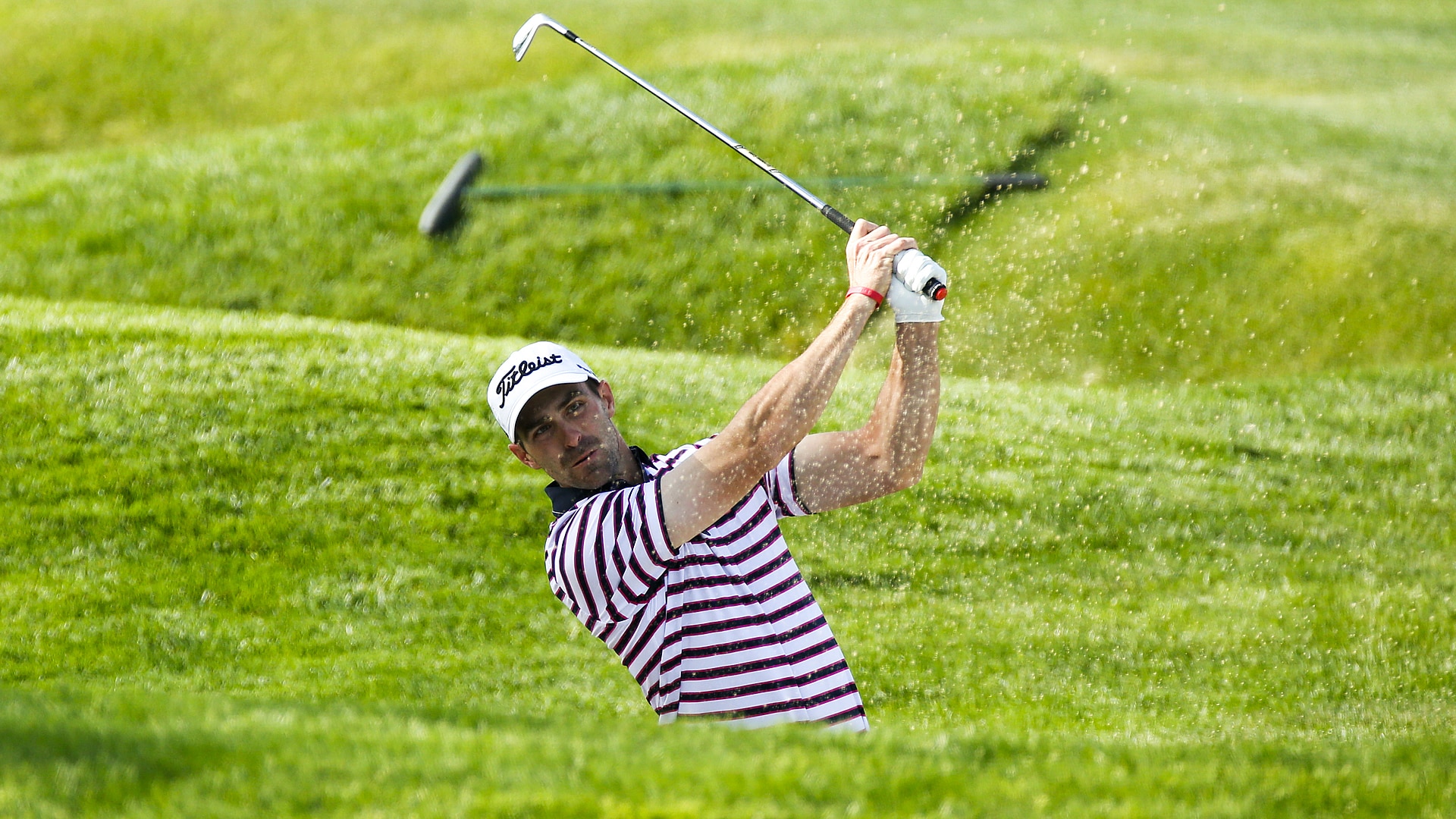 OAKMONT, Pa. – The beauty of the U.S. Open isn’t in its brutish challenge, with its bowling-lane fairways, shoe-swallowing rough and hit-and-hope greens. It’s in stories like Patrick Wilkes-Krier.

This is golf’s most democratic major – shoot the scores, play the U.S. Open – and so Wilkes-Krier, 32, is here at Oakmont, signing up for practice rounds alongside Jordan Spieth and Jason Day, realizing a dream that he thought he’d abandoned nearly two years ago.

Wilkes-Krier played collegiately at Ball State, where he enjoyed a solid but unspectacular career. After graduating in 2006, he moved to Orlando, Fla., and set up a home base for him and his future wife, Whitney.

“I moved her into the apartment and said, ‘OK, gotta go,’ and left for a month to play golf,” he said. “That was a real shock to her.”

But that was their routine for years: Wilkes-Krier drove his 2004 Subaru (260,000 miles) all across the country, played two or three weeks each month from February through September and kept in touch through calls, texts and video chats.

“It felt unusual to spend our engagement and first few years of marriage loving each other from a distance,” Whitney said.

Dropping anywhere from $800 to $1,500 on tournament entry fees, Patrick needed to play well just to break even on what was then known as the Hooters Tour. Whitney stayed home, bankrolling their lives while working for a publishing company.

“I kept playing because I felt like I was improving and getting closer,” he said. “But it was exhausting. Mentally, it’s just the feeling of going several weeks of playing not well enough, and it just drains you.”

Patrick, whose brother is party-anthem recording artist Andrew W.K., never earned much – maybe a few hundred thousand over an eight-year career, he figured – and that added stress not only to his new marriage, but also to his relationships with family members who were helping fund his dream.

Whitney quit her job in 2012 to join Patrick on the road. The vibe at mini-tour events is decidedly low-key – players typically change their shoes in the parking lot – and yet there was Whitney, carrying Patrick’s sticks and talking through his decisions, despite having no golf experience. If nothing else, the time together made the grind more tolerable.

“He was always outplaying a lot of the people he was with,” Whitney said. “There’s just a wall that they can’t break through to get to the higher level.”

And so finally, in fall 2014, Patrick and Whitney sat down and discussed their options. They were expecting their first child. They’d been on the mini-tour circuit for nearly a decade. And the PGA Tour had recently made changes to Q-School, pushing a PGA Tour card further down the line.

“He looked at me,” Whitney said, “and he had these sad eyes and he said, ‘I don’t want to do this anymore.’”

“Eight years on the mini-tours, that’s about as long as anyone should be out there, maybe longer,” Patrick said. “I didn’t feel like by stopping playing I wasn’t giving myself a chance. I had a good chance at it.”

And so he reached out to Dave Kendall, who runs the Kendall Academy at Miles of Golf outside of Ann Arbor, Mich., where Patrick was born and raised. Soon, Patrick took over the elite junior program, where he taught and mentored middle- and high-school kids. These days, his greatest thrill isn’t shooting 65 – it’s watching a 14-year-old shave 25 shots over the course of a year.

Patrick gives lessons all day and works on his game only when he has a few spare minutes. Occasionally, he’ll tee it up on the weekend, with some of his most promising students, but he says he keeps his game sharp simply by teaching – by thinking about the swing and how to approach a round. “My practice is a lot more efficient now,” he said.

Wilkes-Krier didn’t attempt to qualify for the 2015 U.S. Open – his daughter, Azalea, was born the day after the local qualifier – but decided to try again this spring to see how he stacked up.

In May, he breezed through locals for only the second time in his career. Two days before sectionals, he was boogieing on the dance floor at his sister-in-law’s wedding in Bloomington, Ind. Early the next morning, he drove three hours to Springfield, Ohio, where he played a practice round in advance of a 59-man qualifier that offered four spots and attracted PGA Tour winners Tony Finau, Troy Merritt, Matt Jones and Brian Stuard.

“On paper, it shouldn’t have been the time,” he said. “I had a very small chance. I just played well that day.”

A year and a half after shelving his goal of making the Tour, after transitioning from a player to a teacher, Wilkes-Krier qualified for his first U.S. Open. Go figure.

Tyler Raber during Monday's practice round at the U.S. Open (USGA/Darren Carroll)

Remarkably, there are other stories just like Wilkes-Krier’s here at Oakmont.

Last winter, after playing seven years in Canada, Matt Marshall, 31, gave up the dream and worked at his family’s vineyard in Oregon. Despite playing only sparingly this spring, he qualified for the Open.

Tyler Raber, 26, had no status on any major or mini tour, so he agreed to become an assistant coach at his alma mater, UC Davis, and put an August deadline on his dream. He qualified for the U.S. Open, too.

Of course, come Thursday, this Open will be all about Jordan and Jason and Rory, about history and legacy and America’s most daunting test. It’s easy to forget about the dreamers, who needed only two qualifiers – really, two days – to view their stagnant careers a little differently.

At Oakmont, Wilkes-Krier has reconnected with some of his friends from his mini-tour days, guys like Patton Kizzire and Robert Streb and Billy Hurley III, the ones who made it big. And with a former Kendall Academy student, David Szymanski, on the bag this week, Wilkes-Krier has already played practice rounds with Spieth and Day.

“He called me, like, ‘OH MY GOSH, you’ll never believe this!’” Whitney said.

Indeed, so many aspects of this week have been surprising, from the glamorous practice-round groupings to the call Whitney received Tuesday reminding her that, as the wife of an Open participant, she could schedule a few hours in the spa. It’s their first glimpse into a world they spent eight years pursuing.

“Each moment, there’s more stuff to soak in,” Patrick said. “It’s an experience you can’t even dream about.”

Editor's note: Wilkes-Krier is a Golf Channel Academy instructor as part of the Kendall Academy of Golf. 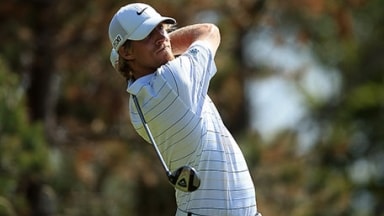 Tyler Raber accomplished a feat so rare Thursday that it's only taken place once in the history of the PGA Tour.