Bubba again getting in own way before WMPO begins 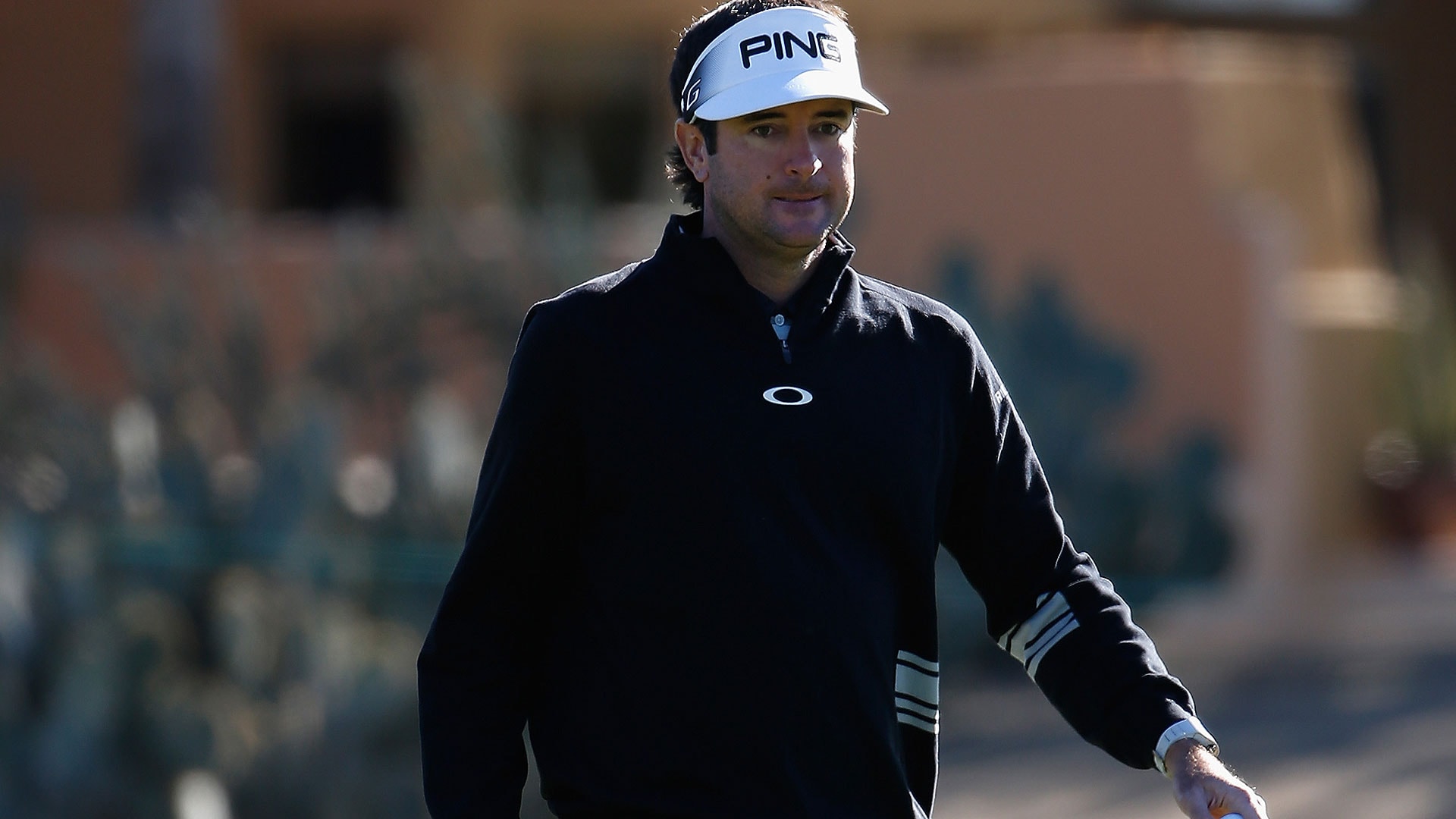 But Watson made it known quickly that he wasn’t back at TPC Scottsdale because of his good play in this event.

“I'm here because of my sponsors,” he said.

And when asked why he liked the course, Watson didn’t bite his tongue.

“I don't like it,” he said. “I'm not going to PC it. I don't like it at all. I just mentioned why I'm here. I've got three beautiful sponsors [Ping, Stance Socks and Oakley] that love it here.”

The quote was surprising, but these mini-controversies are not uncommon with the two-time Masters champion.

So many times throughout his career, Watson has created headlines from seemingly minor incidents.

He refused to compete in the Long Drive Contest at the 2014 PGA Championship, famously protesting by hitting a 3-iron off the tee.

Watson participated in the contest last year, but he still didn’t sound too pleased.

“It made big drama last year for no reason because I stated my opinion,” he said last year at Firestone. “It’s sad that my opinion is obviously wrong at everything I do, but yes, I’m going to hit the tee shot because I understand it means more to do that than worry about my opinion. My opinion means nothing, as long as my family’s happy.”

And he’s said courses like Olympic, site of the 2012 U.S. Open, and  Doral are “too tough” for him despite being the No. 5 player in the world and an eight-time PGA Tour winner.

And it’s amazing to think what Watson’s record would look like if he didn’t let these things bother him.

For the past year, we’ve all been mesmerized by the record-shattering performances of Jordan Spieth, Jason Day, Rory McIlroy and Rickie Fowler, also known as the four players ranked ahead of Watson.

The noise generated by the four 20-somethings leading golf’s youth movement have overshadowed some great play by other pros, namely Watson. He’s been flying under the radar … you know, as much as a guy with a neon-pink driver can.

Compared to the four players ranked ahead of him, Spieth had 17 top-10s in 2015, McIlroy and Day had 11, and Fowler seven. They’ve had more success converting those high finishes to wins, and it’s a fine line Fowler knows all too well.

“It can be one little bounce,” Fowler said Tuesday in Phoenix. “Can be a certain putt that goes in and you go off and birdie four, five of the next few holes. It's pretty crazy how fine a line it is. I mean, you look at what Sneds did last week to being a little ways back and just happens to put together an amazing round and ends up winning.”

When asked what’s holding him back from turning more of those close finishes to wins, Watson cites his putting.

“That's what I need to do,” Watson said. “We know my stats. I don't make that many putts. I've got to try make some putts … I missed the putt to force a playoff (in 2014), and then I just fell short last year. So I've got to just try to make one or two more putts than the other guys.”

While a few more made putts would help Watson, it’s no secret his mental toughness is not on the level of the four players ahead of him in the rankings. And despite what he says, his putting is not that bad. He ranked 54th last year in strokes gained-putting. He was ranked 110th in 2014.

With Spieth and Day sitting out this week and McIlroy in Dubai, the spotlight will no doubt be on Watson, good buddy Fowler and, as always, Arizona State alum Phil Mickelson.

While Mickelson has three Phoenix Open titles, Watson is still seeking his first.

Since his first WMPO start in 2007, Watson has compiled some gaudy stats.

He’s a combined 55 under par in this event since 2012, seven strokes better than anyone else. No one has scored lower on the par 5s since his ’07 debut at TPC Scottsdale. And in his 34 career rounds, he’s never been over par with a scoring average of 68.24, the best in tournament history with a minimum of 10 rounds.

But most of those stats were compiled before Tom Weiskopf toughened up TPC Scottsdale last year, and the changes were the source of Bubba’s grumpiness on Wednesday.

Even with tighter driving areas and more bunkers to carry, TPC Scottsdale should still be a course Watson can thrive on. But now that his attitude has soured on the course, it remains to be seen if Watson can get out of his own way and break through in Phoenix.