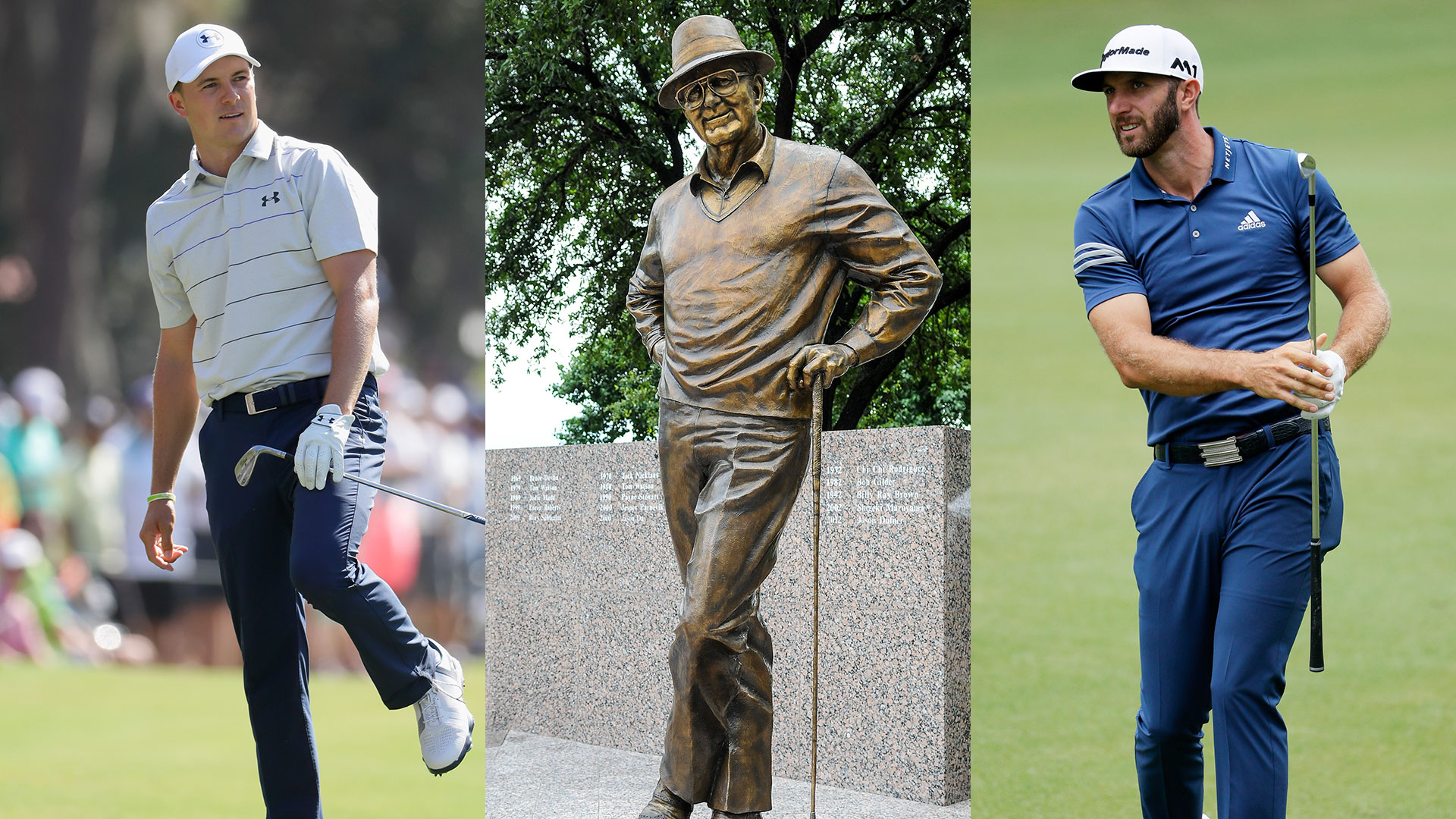 IRVING, Texas – The theme of this year’s AT&T Byron Nelson is “One Last Round.”

After 35 years in Las Colinas, the Nelson is moving next year to Trinity Forest, a brand new Coore-Crenshaw design south of downtown Dallas.

It will be a bittersweet week for many players who have frequented this event, including the four highest-ranked players in the field – No. 1 Dustin Johnson, No. 4 Jason Day, No. 5 Sergio Garcia and No. 6 Jordan Spieth – who all have fond memories of the TPC Four Seasons.

As a high school junior and reigning U.S. Junior Amateur champion, Spieth received a sponsor’s invite in 2010 to a tournament he first attended when he was 5 years old. Over the course of four days, Spieth went from a nice little story – local amateur gets shot against the pros – to a household name with his T-16 finish.

It wasn’t just Spieth’s rounds of 68-69-67-72 that stood out. It was the way he carried himself and spoke like a seasoned pro even though he was competing in (and winning) a high school event a week earlier.

Spieth wasn’t the only player to grab headlines that week. Jason Day captured his first PGA Tour title at the 2010 Nelson, famously jumping into the arms of his caddie and coach, Colin Swatton, after securing the victory.

Both Day and Spieth have gone on to become No. 1 in the world. Day won five times in 2015, including his first major at the PGA Championship where he beat Spieth by three strokes. Normally, Day would have easily been named the Player of the Year, but Spieth also won five times with two majors (Masters, U.S. Open) and the Tour Championship.

Day has 10 PGA Tour victories, while Spieth would love to capture his 10th career title this week at the Nelson and join Day on the wall of champions that sits behind a statue of Byron Nelson near the first tee at the TPC Four Seasons.

“I'm looking forward to creating the best memories yet this week,” Spieth said on Tuesday. “I'd really like to get my name there by Byron's statue after coming out and looking at all those names for so many years.”

Surprisingly, Day hasn’t won in more than a year (2016 Players), but he’s also dealt with a back injury and watched after his mother as she battled cancer.

World No. 1 Dustin Johnson would also like to add his name near Lord Byron. Johnson has yet to win at Las Colinas, but his record isn’t shabby. In seven starts, he has notched four top-10s, never missing the cut.

“I'm starting to hit the ball a little better than I have the last couple of weeks,” Johnson said Wednesday after the pro-am. “That's definitely a positive. This golf course I feel like it sets up well for me, and I've liked it ever since I came here.”

DJ already has three wins this season, and he’s feeling good coming off a T-2 at the Wells Fargo and a T-12 at The Players Championship, his best showing ever at TPC Sawgrass. His blockbuster season was thrown into disarray in April when he slipped on the stairs of his rental house and injured his back. Johnson withdrew from the Masters, and he spent the next month on the sidelines.

Now with two solid starts behind him, Johnson is gearing up for the meat of the season and his title defense at the U.S. Open next month at Erin Hills in Wisconsin.

“Back is a hundred percent good,” he said. “It has been the last two weeks.”

Masters champion Sergio Garcia is also the defending champion this week at the Nelson, and he made it known Tuesday after a month of celebrating his first major victory that he's ready to return his attention and energy to his game.

Garcia made his first start in a PGA Tour event as a professional here in 1999 at age 19, and it was the start of a special relationship with the Lone Star State. Two years later, Garcia won his first Tour title at Colonial, and he won the first of two Nelson titles in 2004. Garcia is also engaged to Angela Akins, who is from Texas and a UT grad.

“Well, y'all …” Garcia joked when asked if he’s developing a Texas twang. “Yeah, it is funny how things work out. You don't plan for these things, but I've always had a good connection with Texas for whatever reason that's been. I've been successful here throughout my career.”

Now he would like to add one more title before saying goodbye to the TPC Four Seasons.

“A little piece of heart is always going to stay here no matter where we go,” he said.