Phoenix, Fowler (65) seem to be a perfect match 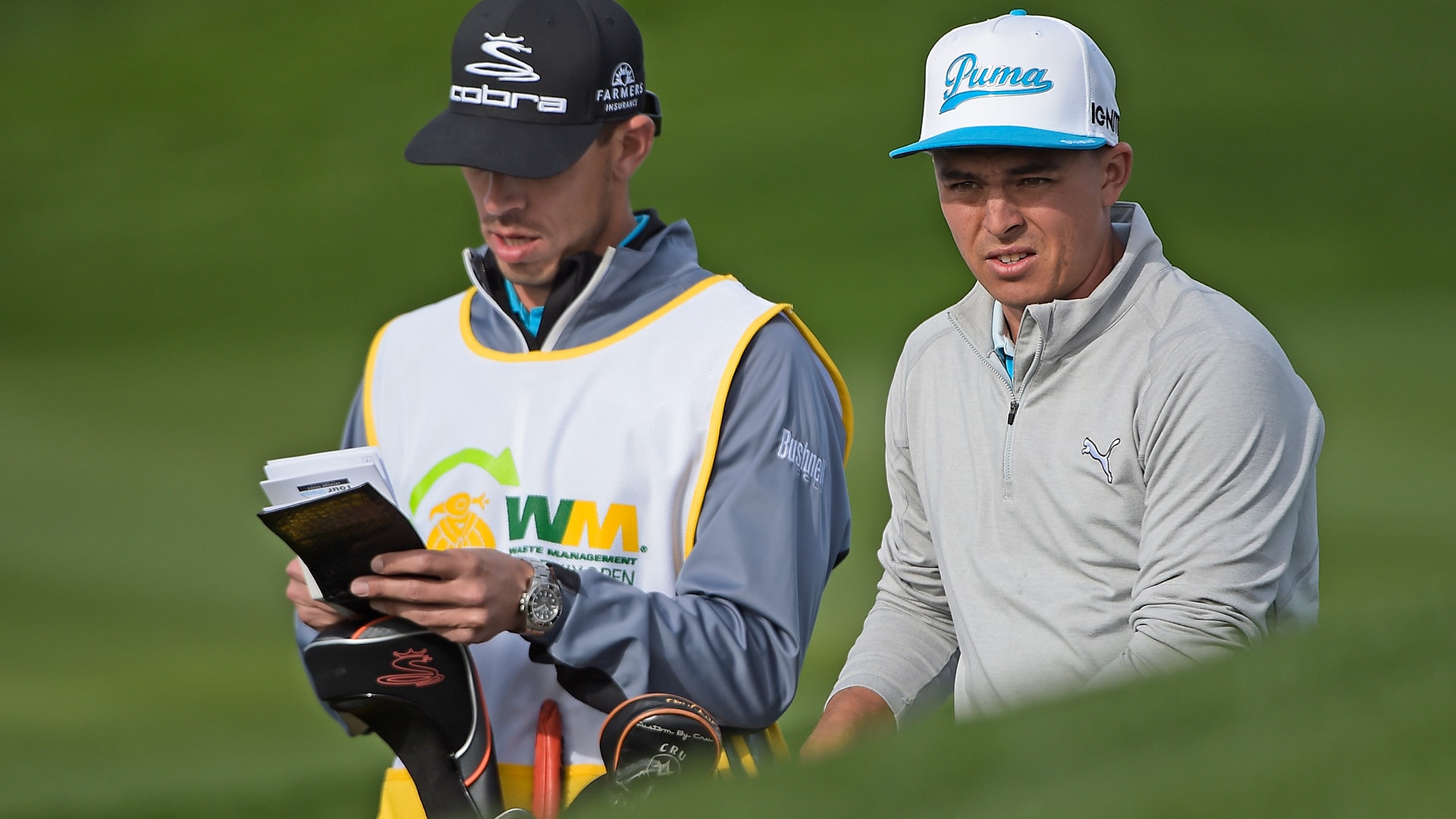 SCOTTSDALE, Ariz. - Standing in a fairway bunker on his final hole of the day, Rickie Fowler had a choice to make.

Option 1: Take a lofted club, blast out of the bunker and hope to get up-and-down from the fairway to save par.

Option 2: Open the face on his 7-iron, pray he doesn’t nail the lip of the bunker and just maybe his ball will land safely on the green from 170 yards out.

He flushed his second shot from the bunker, and it settled 12 feet away for a closing birdie, a 6-under 65 and a share of the first-round lead with Shane Lowry and Hideki Matsuyama at the Waste Management Phoenix Open.

"It's not one that you try and pull off a lot," he said. "Definitely at home, but tournament golf sometimes you don't try and do that. Just kind of went with it. I knew I could hit it, but I had to hit it perfect."

Fowler and the rowdy Phoenix Open seem to be a perfect match.

The yelling and boisterous cheering from the fans remind Fowler of the crowds at an action sports event, and while some players just try to block out all the noise, Fowler embraces the atmosphere much like three-time Phoenix Open champ Phil Mickelson.

“I like playing in front of the big crowds and how crazy the fans can get, and being kind of acclimated to the atmosphere here definitely helps,” he said.

The fans at TPC Scottsdale love nothing more than to be entertained, and Fowler is one of the most exciting players in the game. He’s calm and collected on the course, but his good looks, bright Puma outfits and five worldwide wins have attracted a new crop of younger fans.

Those fans - both above and well below the legal drinking age - were out cheering on Fowler even though he had an early tee time on Thursday.

In case you haven’t heard, the fans here at TPC Scottsdale don’t exactly pace themselves.

Playing in the group in front of Mickelson, Fowler birdied three of the first four holes and then ignited the crowd with an eagle on the par-5 15th.

Fowler put a new 5-wood in the bag last week, and he said it’s finally going the distance he expects out of a 5-wood.

“Ended up with a perfect number [on 15],” he said. “I had it in to 13, as well, but I just mishit it a little bit, so it was nice to feel the rebound, hit that one. And I know the back of the green there pretty well, hit a lot of putts and know it's pretty straight, and hit my line perfect there.”

Fowler got his putter going again after a missed cut last week at Torrey Pines. He holed 15-of-16 putts inside of 15 feet.

And this is another promising stat for Fowler: In his previous two missed cuts (U.S. Open and Barclays), he’s won the following week (Scottish Open and Deutsche Bank).

But even as popular as Fowler is, he didn’t give the fans what they wanted at the par-3 16th. He missed the green and was showered with boos. He bogeyed 16, birdied 17 and bogeyed 18 to make the turn at 4 under par.

A birdie on the par-5 3rd and closing birdie on 9 out of the fairway bunker gave Fowler a share of the lead and a chance to head into the weekend with a shot at his fifth win in nine months, and second this year after winning two weeks ago in Abu Dhabi.

"I made some good putts to start the round," Fowler said. "Just kinda got everything going. Made a couple of bad swings. Cost me a little bit, but other than that, nice way to get off to a good start here."