Spieth: Tried to do too much 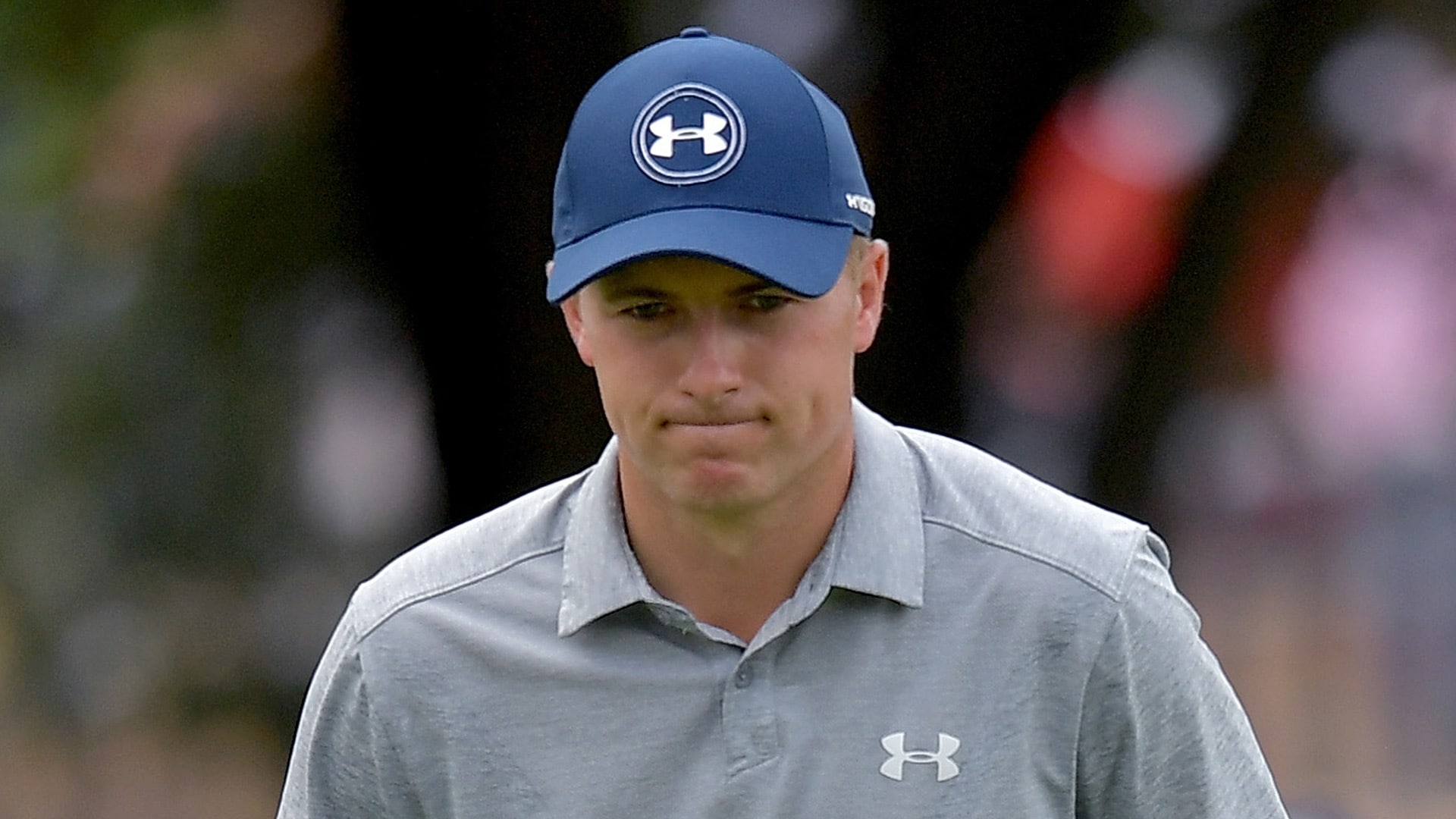 IRVING, Texas – Jordan Spieth has plenty of great memories at the TPC Four Seasons, and he was hoping to make even more this week at the AT&T Byron Nelson before the tournament moves next year to Trinity Forest south of downtown Dallas.

Instead of his dream scenario – standing on the 18th green Sunday with a trophy at the event he’s attended since he was a little kid - Spieth missed the cut for the second straight week. He will have extra time this weekend to figure out his putting woes before defending next week at Colonial.

“I felt like I really needed to make a move today or would fall pretty far behind, and just tried to do it in the wrong ways,” he said after signing for a 5-over 75 to miss the cut by a stroke. “It just set me back a little bit.”

Spieth opened with a 2-under 68, and his second round started with plenty of promise. He dropped a 10-foot birdie putt on No. 1 to reach 3 under, but then he gave it right back with a bogey on 2. And thus began the theme of his day.

Spieth made four bogeys and three birdies on the front nine, and then his round came unraveled with a quadruple-bogey 9 on the par-5 16th.

Sensing he was falling out of contention, Spieth tried to give his drive a little extra mustard so he could go for the par 5 in two. Instead he blocked his tee shot right into someone’s backyard.

“I've hit in those houses before, I think a couple times,” Spieth said after his round.

“Are you kidding me?!” Spieth said after his third drive found the right rough.

“I made five bogeys in the round through my first 12 holes, which is just ridiculous out here,” Spieth said. “Then I still had a 9 on 16. So many over-par holes and not necessary. Trying to do too much. Trying to move up the leaderboard instead of just letting it come to me on this course.”

The Dallas native made his Tour debut at the 2010 Nelson when he was a junior in high school. As the reigning U.S. Junior Amateur champion, Spieth tied for 16th in his first PGA Tour start. Surprisingly, it will remain his best result in this event for at least another year.

“Yeah, a bit shocking that's how it happened, and I still feel like the game is in a good place,” he said.

Spieth was quick to remind everyone what happened the last time he missed two cuts in a row. During his historic 2015 season it’s easy to forget he started the FedExCup Playoffs by missing the cut at The Barclays and the Deutsche Bank. He got back on track with a T-13 at the BMW and then captured the Tour Championship for his fifth win of the year.

During that run, Spieth seemed to drain every putt he looked at. But just as Michael Jordan didn’t hit every game-winning shot, Spieth’s putting has cooled off recently. For the third time in his career, Spieth switched putters, benching his Scotty Cameron 009 – the flatstick he’s used for all 12 professional wins - for a T5W mallet.

Despite logging plenty of hours on his short game with coach Cameron McCormick, the new wand didn’t rekindle his silky stroke at the Nelson.

But Spieth isn’t hitting the panic button as he heads into the heart of a busy stretch of events. His run of four straight tournaments continues next week at Colonial, followed by the Memorial at Jack’s house.

Spieth will then take a week off before heading to the U.S. Open at Erin Hills.

“I'm not far off,” he said. “I really don't think so. Doesn't look like that on paper but feels very close.”