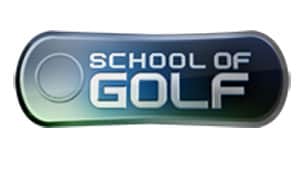 Cliff Notes
-To control your distance on the putting green, simply put a piece of tape on the green 10 to 15 feet from you. Putt the ball and see if you can get the ball to stop on the piece of tape.

-The belief you need to keep your head down to hit a straight shot is RUBBISH! While on the range, try hitting balls and picking up the flight of the ball as soon as you can. Robert Allenby and Annika Sorenstam, great ball strikers, picks their heads up immediately after contact.

-To release the club correctly, grab a buddy for this drill. Have your friend stand in front of you holding an impact bag at about waist high. Without a golf ball, make a practice swing at about 50% and stick the toe of the club into the impact bag. Feel the right arm brush up over the left (right-handed) and you should get a sense of fully releasing the club.

Facebook Question from The Class
Q: When I was watching the AT&T Pebble Beach National Pro-Am I noticed that none of the amateurs were on-plane at the top but all the pros were. As an amateur, how do I get on-plane at the top consistently? (Jess Shephard)

Martin’s Library
“Putting Out of Your Mind' by Dr. Bob Rotella

Next Week’s Show
Chapter 5: Setup for Success (February 29, 2012)
Post your questions for next week on Email or Facebook 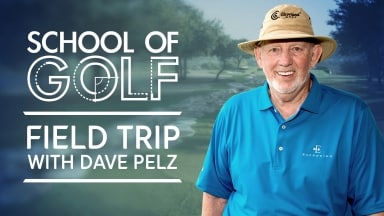 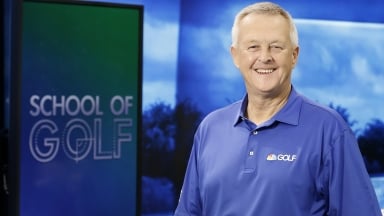 'School of Golf' host Martin Hall is set to air his 200th episode of the show. We catch up with him and talk about his past, present and future. 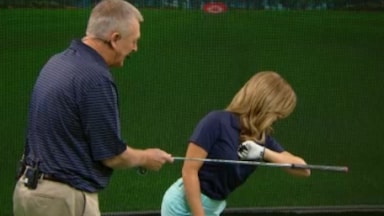