POLK CITY, Iowa -- Tom Jenkins birdied the second playoff hole Sunday to knock off 2004 champion D.A. Weibring and win the Allianz Championship. Jenkins posted a 67 and Weibring a 66 to end at 9-under-par 204.

Tom Jenkins earned his first win of the year and his sixth career victory on the Champions Tour.
Jenkins got up and down for birdie on the first playoff hole, while Weibring two-putted for his birdie on No. 18, the first extra hole at the Tournament Club of Iowa.

Both players found the putting surface with their third shots to the par-5 17th, the second extra hole. Weibring missed his birdie putt from just inside 10 feet. Jenkins sank his 5-foot birdie put for his sixth Champions Tour crown.

'I've been playing some good golf for the last month and a half,' said Jenkins, who has finished in the top-5 in five of his last six starts. 'I knew I was coming close to winning. My goal now is to win twice in a year, I've never done that.'

Mike Reid, who held the second-round lead and won the Senior PGA Championship last week, could only manage an even-par 71 in the final round. He finished alone in third at 7-under-par 206. Bob Gilder, Dave Barr, Mike McCullough and Dana Quigley shared fourth place at minus-6.

Jenkins two-putted for birdie on the par-5 first to get to 6 under. However, he stumbled to a bogey at the sixth. The Texan dropped in a 12-foot birdie putt on 11. He came back with an up-and-down birdie on the 13th to get to 7 under.

'It's been a fabulous week,' said Jenkins. 'Everyone wasn't quite sure about the course when they came here. It's a very playable course. It turned out to be a great test of golf.'

Weibring, who won the Bruno's Memorial Classic earlier this year, also opened with a birdie on the first. He moved to 6 under with a 5-foot birdie putt on the fourth.

The 52-year-old ran home back-to-back birdie tries from the seventh to take the lead at minus-8. Weibring parred his next eight holes before an up-and-down birdie on 17. He parred the last to head to extra holes.

'It was very exciting with the wind,' Weibring said. 'I felt good about the way I played. I didn't make a bogey the last two days, including the playoff.'

Ed Dougherty, Mark Lye and Mike Sullivan were one stroke further back at minus-4. 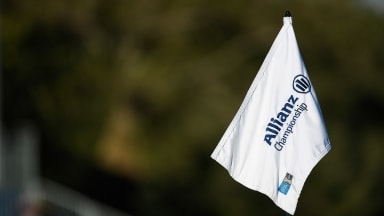 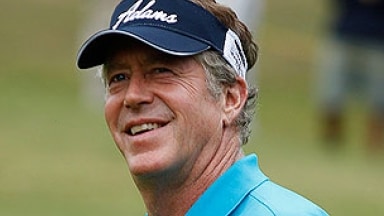 With birdies on two of his last three holes, Michael Allen matched the Champions Tour record with a 12-under 60 on Friday in the Allianz Championship, finishing the first round with an eagle and 10 birdies. 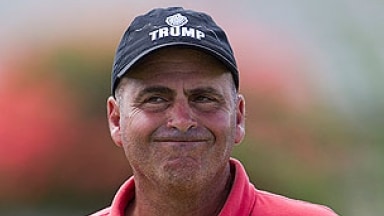 A rookie no more, Mediate looks to defend in Boca

A year ago, Rocco Mediate was just another rookie on the Champions Tour. Now he looks to defend his title this week at the Allianz Championship.