A tale of two waistlines 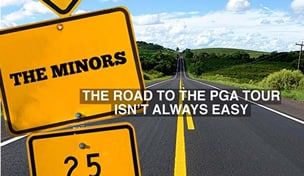 Zack Sucher isn’t the same man he used to be.

In some ways he’s less of a man; in other ways, more.

Is Zack Sucher the next weight-loss guru? Does he possess the secret to losing weight that so many of us would pay to be privy to? Hardly. As the way he approaches most things in life, Sucher simply figured he’d give the weight loss thing a try.

“I fluctuate in weight a lot which everyone says isn’t healthy. I just decided I was going to start working out a lot and lose some weight and see what happens,” Sucher said.

What’s happening is Zack runs five miles a day at least four days a week and sprinkles in some weight lifting when he can. This hard work off the course has been paying large dividends both on the course and into his bank account. Thankfully so, because a man void of 50 pounds needs a new wardrobe.

Dressed to impress and feeling healthy, Sucher is now a club and a half longer on all his irons – flying his 9-iron 160 yards and his 5-iron 210 yards.

While a golfer shouldn’t ever complain about gaining yardage, Sucher says his adjustment period was a bit of a struggle.

“I’ve finally adjusted now so I think it’s definitely helping. It hurt me for awhile. In Salt Lake City, for example, I had to adjust to the new yardage and the altitude. I airmailed so many greens that week. I was hitting the ball great, I just didn’t know how far it was going.”

The Salt Lake City event he’s referencing is the Nationwide Tour’s Utah Championship held the last week in July. Sucher got in the event as an alternate and although he didn’t make it to the weekend, he felt his game was on the verge of turning the corner.

Since the Nationwide event in Utah, Zack has played in two subsequent Nationwide events – the Price Cutter Charity Championship in Springfield, Miss. (T-32) and the Midwest Classic in Overland Park, Kan. (T-51).

Other than a change in his waistline and an extra 15 yards with his irons, Sucher says there’s something else very different about the only three cuts he’s made in Nationwide events this year.

They’ve all come at events he’s known, beforehand, he was guaranteed to play.

“It’s huge knowing, mentally, being able to prepare Monday and Tuesday getting to the course. They always have the course shut down Wednesday for pro-ams so all the (Nationwide) events I’ve played this year (as a late-entry alternate), I would just have to sit around all day, hit balls and I never got to play any holes,” Sucher said.

As any professional golfer will tell you, knowing you’re qualified for an event versus waiting to see if you get in last-minute require two completely different mindsets.

“I feel like an actual player now which is cool,” Sucher jokes. “I get out there Monday and Tuesday to practice and get to know the course and it’s nice.”

Zack didn’t qualify for this week’s News Sentinel Open in Knoxville, Tenn., but will likely get his next start on the Nationwide Tour at the Mylan Classic the first week in September.

He currently sits 162nd on the Nationwide money list and has raked in $7,643 for the season, not including money he made earlier in the year on the Hooters Tour.

“I’m feeling pretty comfortable. I see mostly the same guys every week and have definitely made a lot of friends out here. It’s kind of nice. It’s pretty similar to the Hooters Tour except it’s more business. The guys are cool,” Sucher said.

Zack’s riding a wave of consistent golf and says he’s setting short-term goals for himself for the rest of the year.

“My goal right now is to play in as many events as I can. If I get in the top 60, I’ll have full status next year. … But my first goal is just to get in all the events and then we’ll go from there.”

Perhaps the less Zack there is, the more we will be seeing of him on the Nationwide Tour. 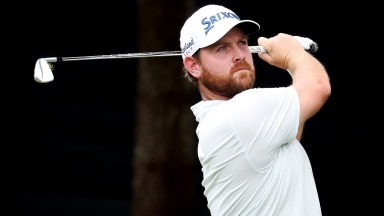 In the span of 35 minutes Saturday, Zack Sucher went from leading the Travelers Championship by five to trailing by one after a disastrous three-hole stretch he played in 5 over.