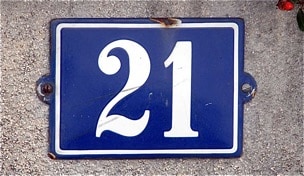 Editor's note: GolfChannel.com will be following four mini-tour players – Tim Hegarty, Zack Sucher, Benoit  'Wah' Beisser and Jack Newman – over the course of 2011 in our new feature, 'The Minors.' Check in each week for the players' progress, updates, photos and more.

A mythical one, mind you – nothing tangible. But when you get the slightest taste, the slightest inkling you’ve hitched a seat on 'Air Mo,' you want to ride the flight for as long as possible.

Maybe it’s his personality. He just goes with it. And goes for it.

But when he feels momentum in his corner he owns it. Twenty rounds of 65 or better in official Gateway Tour starts since 2008 attest this.

Beisser’s 64 a week ago in the final round at McCormick Ranch in Scottsdale, Ariz. was his latest.

Eight under through 12 holes and even knowing he was playing for second – former PGA Tour member Brian Vranesh went crazy-low (63-68) and built a seven-shot lead through two rounds, 11 over Beisser – Wah had momentum on his side and holes to play.

'I found a little something with my putting after the second round and just went with it,' Beisser explains. 'I had a great session of yoga that night, too, which really loosened me up, so I woke up the next day feeling better than I had in a long time and just kind of had a feeling it was going to be a good day.'

A 'feeling' here or there can result in anything from good shot to bad shot, to a win to a missed cut. Which, of course, goes back to the momentum thing.

That usually manifests with bushels of birdies for Beisser. And cash. He’s up to almost $49,000 in earnings on the tour and it’s not even summer yet.

Wah tried to put a finger on what clicked for him at McCormick.

“It’s kind of hard to explain . . . I basically stopped worrying about trying to putt my ball on a specific line to the hole. I decided to treat it more like a chip shot or even a driver, where I set up to hit to a central spot and once I make the stroke, I lose the idea of worrying about where it’s going,' he said.

“I just focused on making a good stroke and then letting everything else go.”

The man’s a sports psychologist’s dream and he doesn’t even know it.

'Process' is the trendy term these days with Tour players and Beisser just explained it to a T. The process at McCormick found him gunning toward a course record until pars on Nos. 13-15 and a three-putt bogey on 16 put a halt to that talk.

“It was just one of those days where you just got me on the greens and I felt like I could make everything,” Beisser explains. 'But then on 16, I was about 20 feet and I got a little too aggressive with it and left myself about a 3 1/2-foot slider, downhill, for par.

“And I hit that just a little too hard, through the break, and all of a sudden I had 4 feet coming back for bogey, which is about the worst thing you want because when you’re playing like that, you don’t want to totally ruin it by making a stupid double . . . bogey is fine but double just completely ruins your day.”

Beisser center-cut his bogey putt – total destruction averted – then two-putted the par-3 17th for par and pounded driver, 5-iron to the winding par-5 18th to 35 feet for eagle.

Two easy putts for his 4 and he finished tied for second at 10 under for the week. Goal reached.

“I was happy with how I played the last hole,” Mr. 64 says. “My goal was to get second and I did, so I was super happy about that.”

This 29-year-old free spirit from Arizona has turned into one of the most consistent players on the Gateway Tour. His $5,166.67 check for sharing second complemented a package deal of five top-5s in his last seven starts.

If Beisser could bottle and sell what he’s got right now he'd find a lot of buyers on any tour, PGA included.

Or maybe he can strut his stuff on the Nationwide Tour, which, after competing in the first Nationwide qualifier of his career, he’s penned a schedule for four or five Monday qualifiers this summer, starting with either the Utah Championship or Cox Classic of Omaha.

Regardless, Beisser's got it right now and he needs to flaunt it.

He proved it again just this Monday.

An aside from an official start on the Gateway Tour, Beisser competed in the tour's one-day California Series sponsorship qualifier in southern California, vying for a fully-paid series membership which was given to the winner of the 55-player event.

He didn't win, but Wah's 6-under 65 scored a T-2, which at least earned one paid-for event of the series' six scheduled tournaments during July and August.

It also means our happy-go-lucky momentum savant just scored lucky No. 21 – the 21st time he's hit the 65-or-below barrier on the Gateway Tour in the last four years.

Yet now another flight taken, sooner or later Beisser's going to cash in on all these 'Air Mo' miles. Hopefully, with a first-class ticket to the PGA Tour.