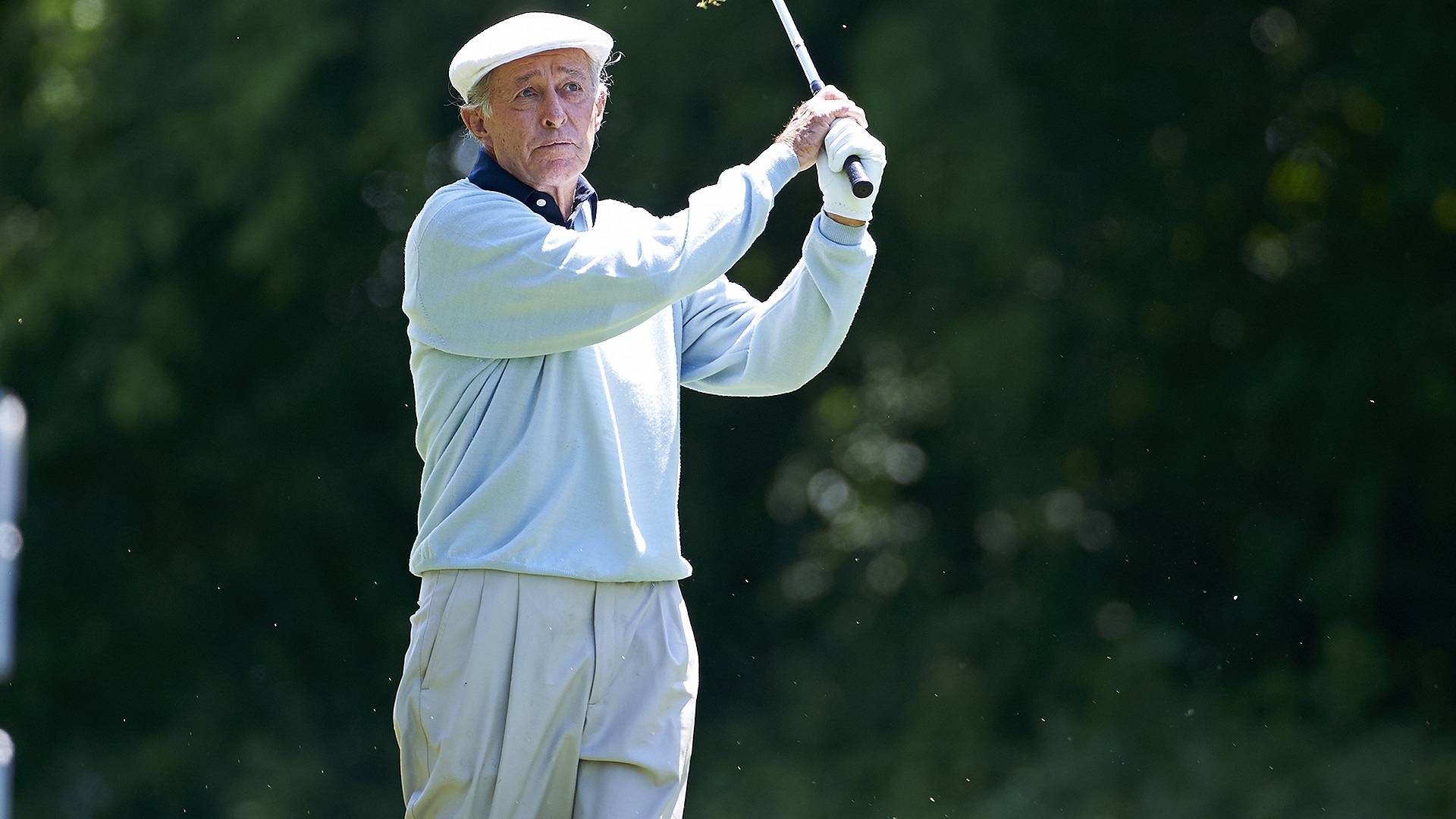 Bob Toski sounded pretty good for a man near death last week. When we spoke on Friday, the 91-year-old teaching legend and former PGA Tour leading money winner was alive and feeling well. Especially when he was talking about giving lessons, swinging a golf club again, and going down to the piano bar at Arturo’s near his home in Boca Raton, Fla., to sing his favorite song, “Sentimental Journey."

“It’s been quite a journey,” Toski said in total bliss. “But I’m going home tomorrow.”

Going back 10 days, to June 12, Toski suffered a severe heart attack that had him on life support, in critical condition, at a hospital not far from the South Florida golf community where he’s pro emeritus at St. Andrews.

He opened 15 minutes on the phone on Friday by asking how much he owed me for the publicity he got during the U.S. Open. Typical Toski. His heart may have skipped a beat, but he hadn’t.

At no more than 120 pounds, still larger than life.

Bob Toski from his hospital bed in South Florida

“This is the mouse,” he said when asked to confirm it really was him on the phone. “The Mighty Mouse.”

We were laughing now, but there was a moment one night during “Live From the U.S. Open” when I got a message from the Boca hospital which sounded grim (hospital staff used a defibrillator on him six times during his stay). That’s when one of the friends by his side texted me and said it would be just like “Tosk” to sit up straight and ask everybody what was going on.

Essentially, that’s what happened. And now here he was on the phone, cracking off one-liners, talking about Brooks Koepka’s win at Shinnecock, giving his take on the USGA and course setup, asking how much I’d been playing, and giving his love to everybody at “The Channel.”

He invited me down for a lesson at St. Andrews and dinner at Arturos. “In a month’s time,” he said, “I’ll be ready to go.”

He sounded ready right now, singing a line from his favorite song, from his hospital bed in the happiest of voices, “Gotta set my heart at ease.”

Legendary instructor Bob Toski heads a class of eight inductees to be enshrined in the PGA Golf Professional Hall of Fame.