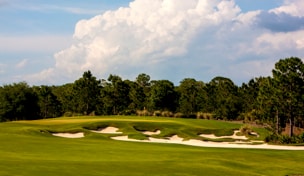 Getty Images
Rory McIlroy of Northern Ireland heads to the driving range for practice ahead of the BMW Championship at the Cherry Hills Country Club on September 2, 2014 in Cherry Hills Village, Colorado. (Photo by Doug Pensinger/Getty Images)  -

BRADENTON, Fla. -- Most golfers are too young to remember "The Concession," but it's something that neither Tony Jacklin nor Jack Nicklaus or their generation have ever forgotten. The year was 1969, the event was the Ryder Cup at Royal Birkdale. The last singles match, between Jacklin and Nicklaus, came down to a two-footer on the last green.

In a gesture of sportsmanship, Nicklaus conceded Jacklin's putt, and for all of Jacklin's accomplishments in golf – which includes wins at the British and U.S. Opens, he is often remembered for this moment as much as any other.

Nicklaus also concedes that Jacklin probably wouldn't have missed the putt, but you never know (It's happened before and since under pressure.). Nicklaus simply didn't want to win that way.

"I think it was the greatest single sporting gesture in golf," said Jacklin, who also brought relevance to the Ryder Cup by successfully captaining four teams. "If there was a greater one, I don't know what it is."

In 2005 when Nicklaus and Jacklin collaborated on a high-end private club here, Jacklin suggested to Nicklaus that the club be called The Concession to honor that moment. Sometimes, however, it gets confused with another club in South Carolina called "Secession," but an amateur event that will be coming to The Concession in 2014, plus a couple of other high profile tournaments here, are helping The Concession make a name for itself.

The new biennial competition is called the Concession Cup, and in 2014, it celebrates the 45th anniversary of that iconic moment. Instead of pros, it'll be the top amateurs 25 and older from the United States and Great Britain and Ireland (The Ryder Cup didn't include the rest of Europe until 1979.). Best of all, Nicklaus and Jacklin will serve as honorary captains of the first Concession Cup.

Scheduled for April 28-May 3, it promises to be a real coup for the Sarasota/Bradenton golf scene. The club's owners, the Cassidy Family-- led by Bruce Cassidy and son Bruce Jr., the club's GM – are opening the doors to their club for a week. Not only will the Concession Cup pay homage to amateur golf with a Ryder Cup-style competition, but it also will raise significant money for Southwest Florida children's charities -- The First Tee of Tampa Bay, Orphan's Heart and the Nicklaus Children's Health Care Foundation.

Additionally, Concession Club members Paul Azinger (who lives in Bradenton and grew up in Sarasota) and Gary Koch, will have prominent roles. Azinger who won the 1993 PGA Championship and captained the victorious 2008 U.S. Ryder Cup team, will serve as the event's honorary chairman, and he has long been involved in Orphan's Heart. Koch, a commentator for NBC Sports and six-time winner on the PGA Tour, will emcee the opening ceremonies.

"We're all excited about the prospect of what we think will be a massive event – at least locally," said Bruce Cassidy.

There might be a few other special guests as well. As part of the spirit of the club, all living Ryder Cup captains are extended honorary memberships to the club, which has Ryder Cup themes throughout. The logo, in fact, is a silhouette of Nicklaus and Jacklin from that famous 1969 moment.

The event also will surely bring attention to a growing golf scene that includes a collection of outstanding private and public clubs. The Concession Club, which has hosted the Big Ten Match Play the last three years and will be the site of the 2015 NCAA men's and women's national championship, is at or near the top of the list. (Nearby Sara Bay Golf Cub, a 1936 Donald Ross design that Bobby Jones once called home, is certainly up there as well.)

Although Nicklaus was the main designer, Jacklin's influence is also apparent. Not only did he help select the land for the course – which is on one of the most unique golf properties in Florida – but he had input on several of the holes, a dozen of which have water on them from the 60 acres of lakes.

As is the case with all Nicklaus courses, though, this one can difficult. Play it from the back tees at 7,474 yards, and it's "all you can handle," assured the 53-year-old Azinger, a 12-tme PGA Tour winner who doesn't step back to the tips nearly as often as he used to.

Fortunately, for members and guests, there are five sets of tees, but even if you play up, the real fun on this atypical Florida course is when you get to the greens.

The course was designed around the same time Nicklaus did The Golf Club at Dove Mountain near Tucson and Sebonack (with Tom Doak) on Long Island, N.Y. What it has in common with those two courses are its challenging greens. So much so, in fact, that the greens on the front nine were renovated recently to allow for more pin positions. Make no mistake, however, they are still formidable, as are the deep greenside bunkers, which are filled with pure white and expensive, imported Pro Angle sand. There are more than a couple of stories of prominent pros who have visited, such as six-time major champion Nick Faldo, making a mess of the par-5 13th hole, for example, after hitting the green in two and putting off the green only to wind up in his pocket.

The greens aren't impossible, though; you just have to hit approaches below the hole and miss to the correct side. And fortunately, the rest of the course very playable. Fairways are generally generous, and course conditions -- thanks to one of the best in the business, superintendent Terry Kennelly -- are among the best in the country all combining to rank The Concession as the Best New Private Course in the United States when it opened in 2006 and currently the fourth best course in Florida.

The Concession also has some of the best practice facilities anywhere, which is no wonder that many tour players – such as Britanny Lincicome, Sandra Gal and Andy Bean are members. Additionally, teaching guru David Leadbetter is not only a member at the club, but he's also The Concession's instruction advisor (members can get special rates with the world's most sought-out teacher).

The Concession Cup will include a charity am/am event on April 30 before the competition, which includes foursome matches, fourball matches and singles matches. Each team will be composed of eight mid-amateurs (age 25-54), eight seniors and two super seniors, age 65 and older. Although the full rosters haven't been announced yet, the U.S. team is already set to include Gary Nicklaus, Nathan Smith and Vinney Giles. For more information, visit concessioncup.com.