For the love of the game: celebrity foursome shares thoughts on golf and travel 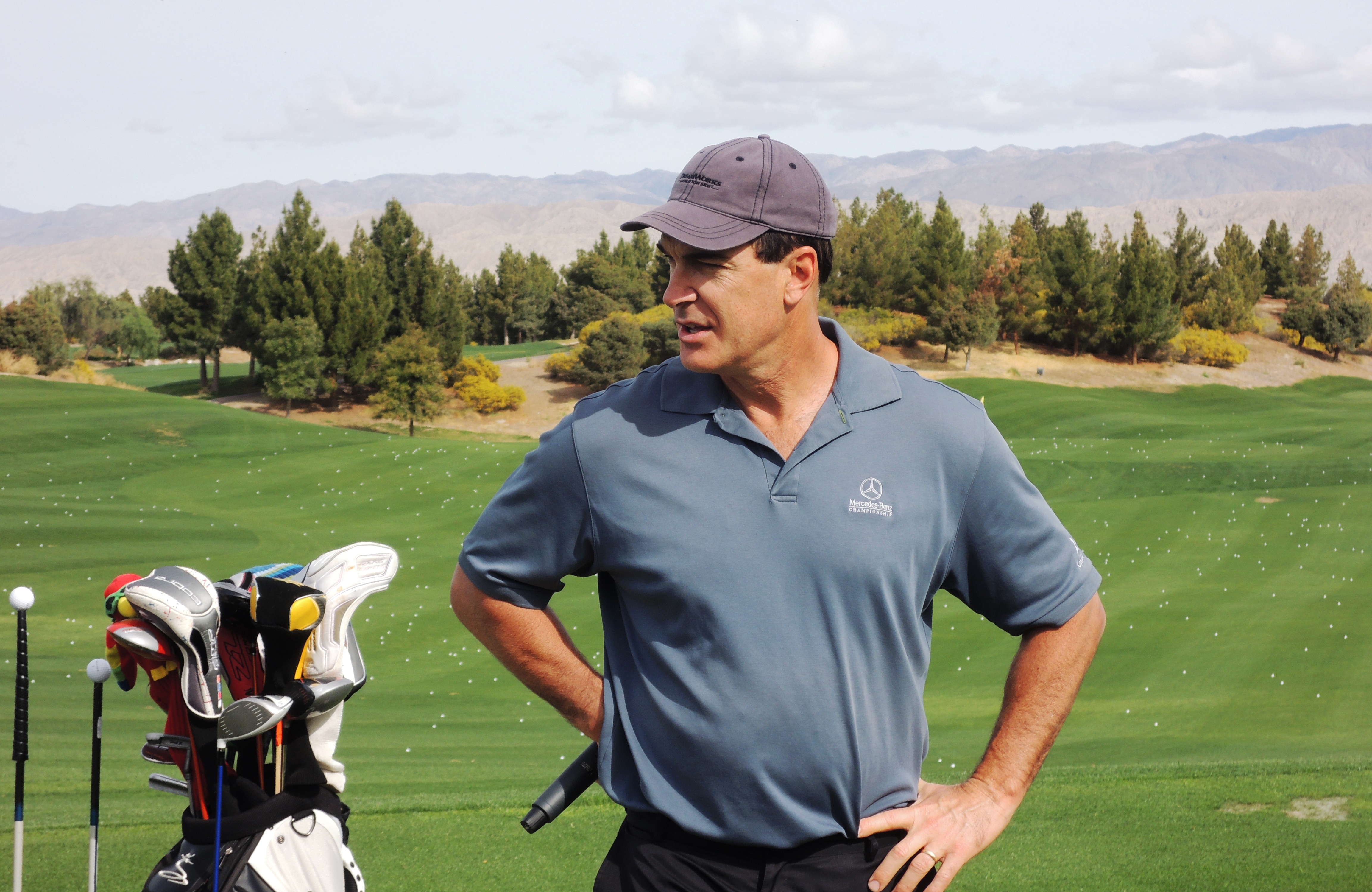 Getty Images
PONTE VEDRA BEACH, FL - MAY 11: Jordan Spieth smiles during a practice round prior to THE PLAYERS Championship at the TPC Stadium course on May 11, 2016 in Ponte Vedra Beach, Florida. (Photo by Sam Greenwood/Getty Images)  -

Recently, I had the chance to talk golf with a foursome of celebrities at the Patrick Warburton Golf For Kids charity tournament in Palm Desert, Calif., benefitting St. Jude Children's Hospital.

Warburton, known best for his roles in "Seinfeld," "Rules of Engagement" and "Family Guy," is the most challenged of the group as a mid-handicapper. His "Rules" co-star Oliver Hudson (pictured with Warburton) has been as low as a plus-2, while pro football Hall of Fame member Eric Dickerson, who still holds the NFL's single-season rushing record, is a 7-handicap who shot his career low, 71, a few months ago at his home club of Wood Ranch Golf Club in Simi Valley, Calif. Joel Gretsch, who played the immortal Bobby Jones in "The Legend of Bagger Vance," is a 2-handicap who says the role creates a lot of expectations about his game when he plays in charity tournaments. Dickerson (who hits it about 320 off the tee) and Hudson are left-handed. The common thread is that all of them love the game, just like we do.

Golf Channel: Tell us about your golf game?

Warburton (16 handicap, Wood Ranch G.C.): I probably started playing when I was about 26 or 27 (before Seinfeld). I'd get out with some buddies on a Friday, and we'd see how much beer we could drink and how many bad swing habits we could cultivate. When I play with Oliver (Hudson), sometimes I feel like I'm playing with one of these Web.com Tour guys. He's got an amazing game. And he's a southpaw. None of that computes.

Hudson (scratch, Mountain Gate CC, Bighorn G.C.): I started when I was 15 years old, but about 10 years ago is when I really started to play golf. I went to the Jim McLean Golf School here (in Palm Springs), and it sort of set me on a path of obsession. I went from a 12-handicap to a 4 in four months. (On playing with Warburton and "Rules co-star David Spade), there's a lot of cursing, a lot of anger; Spade's actually sneaky good. Patrick's going to hate me, but he beat Patrick. He's actually a good golfer.

Dickerson (7 handicap, Wood Ranch G.C.): I didn't start playing golf until after I retired. Not long after that, I was playing with Charles Barkley, Michael Jordan and Roy Green in Michael's tournament in North Carolina. I was hitting the ball everywhere, and he (Barkley) told me, 'You football players think you can play, but man, you're a bum; you can't play golf." I told him that one day I was going to beat him, and he said, "You'll never beat me." So I went back home and practiced, practiced and practiced. A year and a half later, I played him and beat the hell out of him. He says to this day that I'm the most improved golfer he's ever seen.

Gretsch (2 handicap, El Caballero C.C.): I grew up in a small town in Minnesota, and there wasn't a lot to do. In the summer, every day we were out there at Albany Country Club. I didn't have a lot of time to think about (playing Bobby Jones in "Bagger Vance"). I got the role and they sent me off to go film it. It was daunting, but more daunting was what the man accomplished outside of golf. He was extremely bright.

Golf Channel: What are your favorite golf destinations?

Warburton: A lot of it depends on where you're at and your mood, but I love Bandon Dunes, which is up by our cabin in Oregon. I haven't played all the courses there, but I've walked three of them. I usually make a trip or two there in the summer to play Bandon. I'm looking forward to (playing in Ireland or Scotland) someday. I've got my big 50th coming up next year. That could be the trip.

Hudson: Pebble Beach. It's the invitation I look forward to every year. When it comes in the mail, it's like Christmas. I've played Pebble with my dad (Kurt Russell in the AT&T) twice now. Walking down 18 with your dad at Pebble Beach with the crowd going nuts, you just take it in. I'm also fortunate enough when I play Pebble to get to play Cypress Point. I just read "The Match." Not only is it an amazing golf course, you're walking on a piece of history.

Dickerson: I've had so many great golf experiences, but my best friend, Charles Drayton, my fullback at SMU, and I about five years ago played a course in Ireland called Old Head. I love that course. We flew out there in a helicopter, and I was amazed by it. I'm hoping I can go out to Ireland again.

Gretsch: I really liked Palmetto Hall in South Carolina. We all went there one weekend (during the filming of "Bagger Vance" and really enjoyed it. And, of course, the Ocean Course at Kiawah is great but ridiculously difficult. I got the invitation once to play Pebble (in the AT&T), but I couldn't do it. I was terrified, and I've never been invited back. Of course, I would love to play Augusta. (If invited), I would be on a plane in a heartbeat.

Golf Channel: What do you love about golf?

Warburton: It's great when your game comes together. You feel like it's going to be solid and stay there, but of course, it doesn't. I've taken a few lessons this year, so it's not quite as bad as it used to be.

Hudson: The handicap system is awesome, so everybody can play and compete. I've got to give Patrick strokes; it's competitive. That's what makes golf so much fun.

Dickerson: It's never the same. The swing is never the same. I was at the driving range earlier and saying to myself, "Man, why can't I repeat this swing?" One day you're chipping well, but you can't putt. Another day, you're hitting your irons well, but you can't get off the tee. It's just hard to put it all together. It doesn't happen that often.

Gretsch: When I go back home to Albany (Minn.) in the summer, I take the kids. My daughters (Kaya, 11, and Willow, 8) get a lesson from the same amazing guy I did (Pete Herges). He taught tempo. Everything was like a metronome -- don't rush it, which really helped me for "Bagger Vance," because of those hickory sticks. Willow loves the game. Kaya is more into horses, which I know nothing about, other than it's expensive.