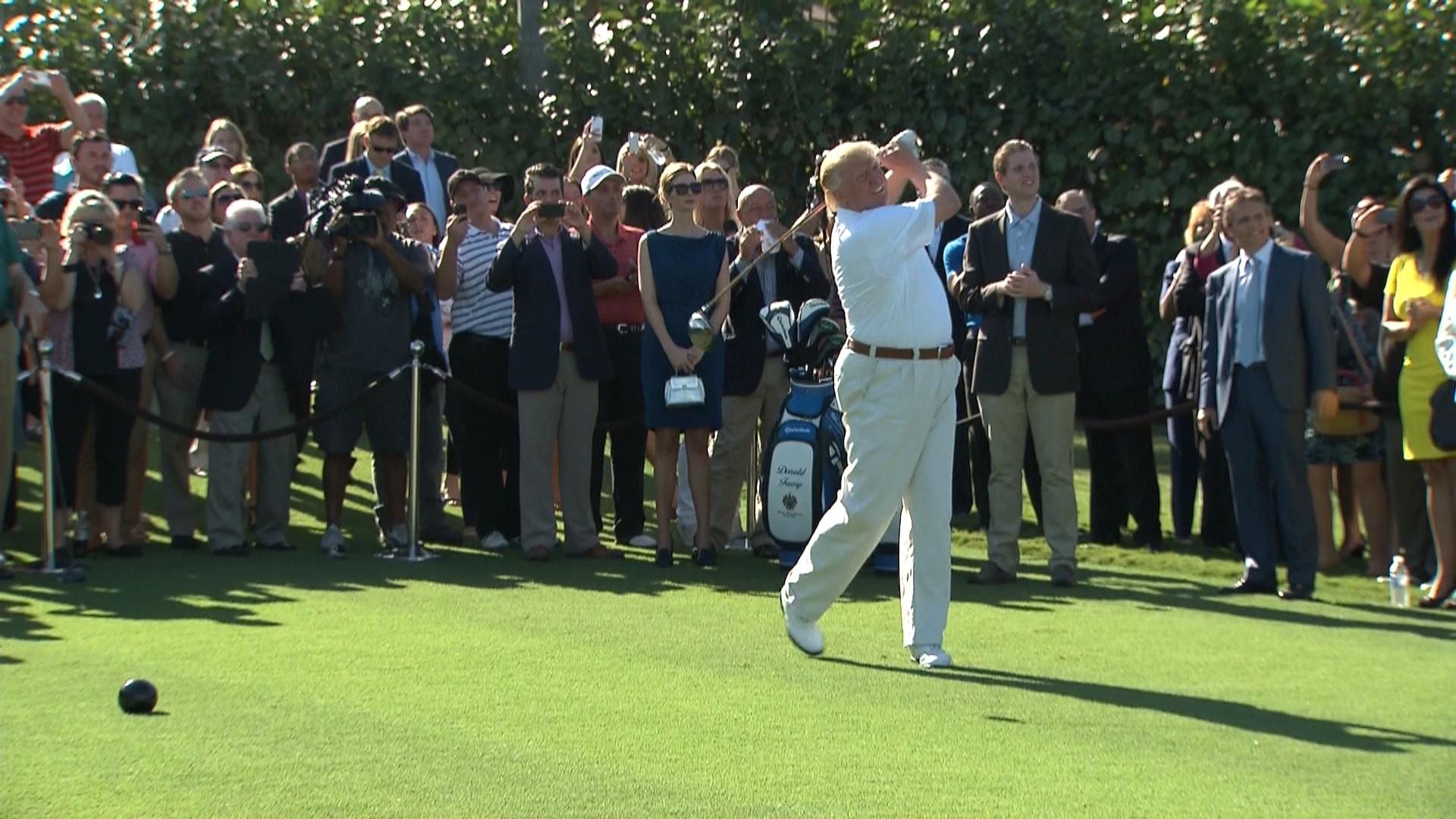 Getty Images
"It's nothing I've aspired to, and I don't think I ever will. It's all about the four majors, and I think that's the way it should stay for golf. To go and play an exhibition event down there to meet some athletes (in other sports) in the middle of the major season, I don't think any other athletes in their sport would do that." -- Scott on why he's not too excited about golf in the Olympics  -

The Blue Monster is officially reopen, which is the main event at the entirely revamped Trump National Doral Resort. Trump purchased the distressed resort in 2012 for a reported $150 million and got to work overhauling the property, set amongst 800 acres of prime Miami land, like only Trump can. On Thursday, he invited the Morning Drive gang down to partake in the opening ceremonies.

Gil Hanse, architect of the new Blue Monster, sits down with Charlie Rymer and Gary Williams to talk about the transformation of the course, which has been a stalwart on the PGA TOUR rotation and how he expects it to far when the pros tee it up here for the WGC-Cadillac Championship in March.

Meanwhile, history and design expert Geoff Shackelford offers his thoughts on the new Blue Monster, highlighted by a stretch of four finishing holes that are sure to produce drama.

Also, after taking some money from Rymer and Williams on the golf course, The Donald himself popped by the set to discuss his latest project in golf and how it stacks up with his growing portfolio of golf courses and resorts. Trump's son Eric has also been involved in the reimaging of the new Doral Resort and shares his perspective on the process.

Meanwhile, see what Gary and Charlie think of Trump's golf game after they had a front row seat during a match vs. Trump and Rocco Mediate.

Matt Ginella joins Charlie Rymer on Morning Drive to discuss his experience at the new Blue Monster and how the design caters moreso to the game's best than the everyday club golfer.

Trump's work isn't done at Doral. Not only has the hotel seen major upgrades, the Red and Gold courses are both expected to reopen in September after extensive renovations to each.