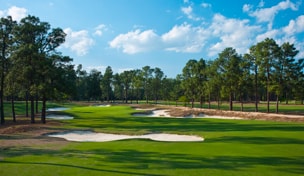 Getty Images
KIAWAH ISLAND, SC - AUGUST 10: Vijay Singh of Fiji hits out of the sand on the tenth hole during Round Two of the 94th PGA Championship at the Ocean Course on August 10, 2012 in Kiawah Island, South Carolina. (Photo by David Cannon/Getty Images)  -

With the PGA Tour kicking off this week at CordeValle, we asked our travel experts which public-access course on the 2013-14 schedule is the best.

It’s too bad that the CordeValle drops off the PGA TOUR calendar next year. The 7,360-yard course has hosted the Frys.com Open since 2010, but the event will move to the Silverado Resort and Spa in Napa in 2014. Be sure to check out this year’s telecast because it might be the last time CordeValle gets primetime coverage before the 2016 U.S. Women’s Open comes to northern California.

CordeValle, which kicks off the new 2013-14 season on the PGA TOUR this week, continues to fly under the radar as a golf getaway. Too many golfers drive by on their way to the Monterey Peninsula not realizing just what their missing in the secluded hills of San Martin 30 miles south of San Jose. The Robert Trent Jones Jr. design and the villas of the Rosewood Resort seem to melt into the scenic pastoral surroundings without intruding upon them. They’re both understated, yet luxurious at the same time. Jones’ yawning bunkers and tricky greens are superb. A meandering stream and several ponds don’t typically bother the pros, although they’re plenty in play for everybody else. Caddies (or a forecaddie) are required, an extra expense that is worth it.

With world-class dining and a sumptuous spa to boot, there’s no resort that embodies ‘California cool’ better than CordeValle.

In 2014, Pinehurst No. 2 is delivering a rare mix of history mixed with anticipation for the new. It's already the year's most talked about venue as Phil Mickelson will pursue his agonizing quest to win a U.S. Open. Also, Bill Coore & Ben Crenshaw's restoration of sandy waste areas and the fact the U.S. Women's Open will be staged just a week later gives this century-old course plenty of new buzz.

For us amateurs, No. 2 is a little bit more playable for the regular golfer than some other PGA TOUR staples like TPC Sawgrass, which can eat your lunch if your game is off. Pinehurst, on the other hand, is manageable with a good iron game and deft wedges. Fairways are quite wide, so even if you're not in the mayor's office off the tee, you still have a chance to reach the green.

How you recover from the new native areas and how good is your short game around the table-top greens will determine whether you have a score to remember or if some parts of game become exposed.

Also, no place on this year's schedule is a golfer's mecca quite like the Village of Pinehurst. The village has little pubs, B&Bs, great restaurants and memorabilia shops, all walkable and shaded by tall Carolina pines. Frankly, Pinehurst is worth a visit even if you don't pony up the cash for No. 2.

In Photos: View the golf courses open to the public on the 2013-14 PGA TOUR Schedule

The best golf course you can play on the PGA Tour schedule is Pebble Beach Golf Links, hands down (AT&T Pebble Beach Pro-Am, Feb. 6-9). It's one of three courses - including Augusta National and The Old Course at St. Andrews - that should be on every golfer's bucket list.

But just behind Pebble for many of the same reasons – history, setting and design – are the two golf courses at Torrey Pines, both of which are used for the Farmers Insurance Open, Jan. 23-26 near San Diego (we can add best golf weather in America, too). This is the same venue where Tiger Woods won his last major, the 2008 U.S. Open playoff win over Rocco Mediate. It came on the Rees Jones-renovated Torrey Pines South Course, where Woods defeated Mediate by one shot in a Monday 18-hole playoff. Both the South Course and North Course were designed by William P. Bell and his son William F. Bell, but what really attracts golfers are the views of the Pacific Ocean.

The North probably has better vistas, but there are plenty on both layouts. One of my favorites is the downhill par-3 sixth hole on the North Course, which plays right into the ocean and often two or three clubs shorter because of the drop in elevation.

Because Torrey is a municipal, locals can play the courses for next to nothing, but out-of-towners will have to pay green fees north of $200. In either case, with a little perseverance, you can get a tee time and experience these two gems. They are well worth the money. 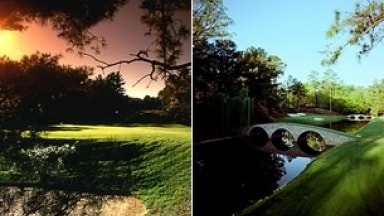 Ultimate Two for One 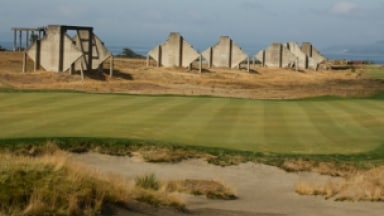 Liberty National went from a landfill on the banks of the Hudson River to an exclusive club minutes from NYC. We asked our golf travel experts what their favorite golf course reclamation project is in the U.S. 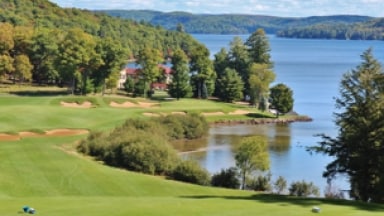 From Vancouver Island to Prince Edward Island, Canada has scores of great golf destinations coast-to-coast. So where should you start?