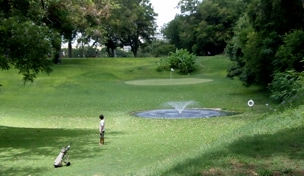 The story rings all too familiar. Here in Austin, three of the most affordable, beginner-friendly and centrally-located golf facilities (and we all know the industry needs to save as many of these as possible) are under serious, and most would say imminent, threat.

None of them have a famous designer like MacKenzie attached to them. But to the residents who live near and play them, that hardly matters.

The first is Lions Municipal Golf Course, located just about a mile or so west of downtown. The University of Texas gave the City of Austin a 100-year lease of the property in 1919 and the course opened in 1924. Many of the great golfers of Texas history, including Ben Hogan, have played here. More importantly, it is considered to be the first desegregated golf course in Texas.

The lease is running out, and the university has made no secret of the fact they want the land back, which has become some of the most valuable in the city. They'll likely build condos or offices, which will eliminate a large amount of urban green space, reduce home values and worsen area traffic.

Like Venturi's letter to city officials regarding the future of Sharp Park, native Austinite Ben Crenshaw has written in defense of Lions, but neither Crenshaw nor the Save Muny movement by residents seem to have made much impact so far.

Another course, just south of Town Lake is Butler Park, a little 9-hole pitch 'n putt that sits on city-owned property. It's just across the street from Peter Pan Miniature Golf, giving this corner of town a friendly golf vibe (a small reason why I've lived in the neighborhood for three years). I take visiting friends to Butler Park more than any other area course. It's the most casual golf experience I've ever seen: BYOB, dogs everywhere, shirts optional, no group is too large (I've seen eight-somes). The greens are shaggy, tees are worn out turf mats, there are no sand bunkers and one water hazard (pictured above). Even still, it's still one of my favorite places to play and there is usually a wait to get on the first tee. I celebrated my last birthday here and will probably celebrate the next one here, too.

But Butler Park's location is coveted. Condos continue to encroach closer and closer to the course (I've actually shanked a wedge off the side of one across the street from the second hole). The city is in the process of re-imagining the whole area, which is also home to a hike and bike trail, off-leash dog park, arts and events center. The pitch 'n putt makes up just a little sliver of a remarkable city park space. Click here for details of Butler's future recently published in the Austin-Statesman.

Thirdly, Hancock Golf Course, which dates back to 1898, is also facing an uncertain future. Now a nine-hole facility, it has been rundown for years. It's location, just north of UT Campus, is valuable. But in its current, cramped state, there isn't much to save.

My suggestion for Hancock is that it could be turned into a six-hole course with a practice area and driving range. It would become the city's best spot for beginners that isn't way out in the 'burbs.

Similar to San Francisco, Austin has a large eco-friendly base that staunchly defends the environment. Unfortunately, they don't appear to be strong allies with golf courses in either city.

It's good to see the USGA and local legends like Venturi stepping up for San Francisco golfers and Sharp Park. These three Austin city golf courses will need some mighty guardian angels to survive.