What's new at The Players Stadium at TPC Sawgrass for 2014? 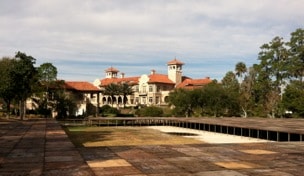 PONTE VEDRA BEACH, Fla. -- It's only January on the Stadium Course at TPC Sawgrass, but there are already signs of a big event on the horizon. Grounds crews are in trees, clearing out grasses for new spectator areas, and around the 16th & 17th green, the epicenter of fan excitement, platforms have already been set.

The Players won't begin until the second week of May, but tournament officials have been busy since last year's event ended trying to up the ante.

Matt Rapp, Executive Director of The Players, is in charge of finding new ways to enhance the spectator experience each year, whether it's adding to culinary options with local vendors and food trucks or improving spectator traffic flow. He looks at his duties this way: "We want the next year to feel like the 'Super Bowl'," he said. "And last year's to feel like AA-baseball."

Last year's Players was anything but minor league. Tiger Woods' victory was his first here since 2001 and the event drew 173,946 fans, checking in just shy of the sea of humanity at the TPC Scottsdale during the Waste Management Phoenix Open (179,022). The Players is unique because it carries a major-worthy field that attracts huge attention, yet unlike three of the four majors, it's staged at the same venue every year. That means the PGA Tour can invest in permanent event facilities other tour stops can't -- and the only other venue where it seems logical to do so is at Augusta National. The result is many niceties for fans you won't find at other events (or any outdoor festival for that matter) like convenient parking and plenty of permanent bathrooms. The Stadium currently has two, enormous, $800,000 rest areas on the course specifically meant for The Players, with a third being built by the 12th tee to be ready for 2014:

More permanent bathrooms on the Stadium Course are a welcomed site to any spectator.

Unlike The Masters, fan capacity at TPC Sawgrass is high enough that, despite the top field, it's rather easy to get tickets. Weekly ground passes start at $150 while daily grounds passes start at $58 (cheaper during practice rounds) and head higher depending on what kind of access to the clubhouse and VIP areas you want. For those who want to walk the whole course, Rapp and his crew have prided themselves on analyzing spectator traffic each year and looking for ways to weed out the bottlenecks, making it feasibly possible to follow a group from the first tee to 18th green. Natural, grass mounding that frame holes have always been a signature of the TPC "Stadium" concept, and as a result, there are very few bleachers erected around the course, mostly just around the 1st tee and the amphitheater around No. 16 and 17, plus corporate hospitality and VIP tents. For 2014, mounds have been added to seven holes (No. 1, 3, 5, 7, 11, 12 & 14) specifically for the purpose of viewing lines, making it all that much easier to follow action throughout the course.

Spectators will have a new, elevated vantage point of the 3rd green thanks to newly installed mounding.

TPC Sawgrass is the home of the PGA Tour, and many tour pros reside here just to play and practice here, but that doesn't mean you can't play through. Rounds on the Stadium don't come cheap here and green fees can soar north of $400 in prime times with a forecaddie or walking caddie. Dye's Valley course, a Web.com-worthy venue, can be played more affordably (rates are currently under $200). However, Dye's Valley, which is usually open for play during The Players, is scheduled to close March 1st for renovation work and is expected to reopen in September.

If the green fees are too heavy on your wallet, don't let that deter you from at least visiting the property, which is a marvel. The 77,000-square-foot clubhouse, built in 2007, may appear opulent on TV, but it's very welcoming inside. Volunteer tour guides are on premises every single day except Christmas, and will take anyone on a free tour of the many artworks and artifacts that aim to tell the PGA Tour story. Also, anyone can have a meal in Nineteen, the restaurant and bar overlooking the course, which is frequented by many tour players and dignitaries.

For those looking for a stay-and-play golf package at the TPC Sawgrass, look no further than the next door Sawgrass Marriott Resort, which just underwent a thorough refresh to their public areas in the hotel (including spa) as well as their roomy vacation rentals. They've also built a new path that can shuttle guests straight to the TPC Sawgrass clubhouse without any need of a car.

Punch Shots: Is the Stadium Course at TPC Sawgrass the best golf course you can play in Florida? 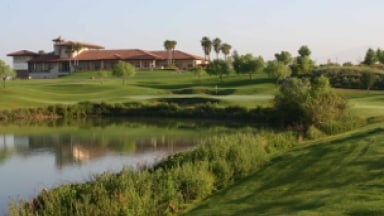 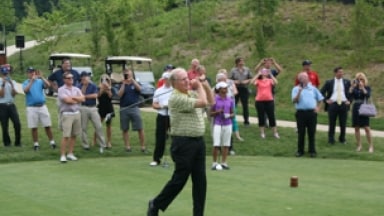 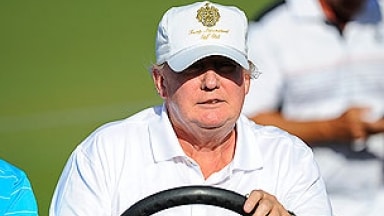