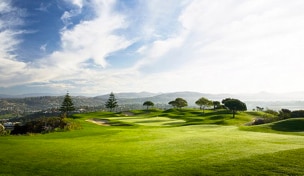 It's common knowledge that Torrey Pines, a U.S. Open and PGA Tour venue on the bluffs overlooking the Pacific Ocean in La Jolla, is a public golf course. And most people also know that unless you're a San Diego resident, you can expect to pay big bucks to play here.

You might be thinking that's the case with most of the golf in the San Diego area, but that's really not true at all. You can even get ocean views for much less than you think. And the San Diego area has some of the most intriguing and accessible municipals in the country.

For example, there's Coronado Municipal, a 55-year-old layout located right on the water in the heart of San Diego. It won't make you forget about Torrey Pines, but for $30 during the week you get an ocean breeze, the same great San Diego weather, a great view of downtown and pretty nice greens. You could also check out Mission Trails or Balboa Park, two fun San Diego munis that can also be played on the cheap. Or, if you're willing to go up the coast a little, tee it up at Encinitas Ranch Golf Club, which features excellent conditioning, a fantastic grill and a few ocean views. Normal rates at Encinitas Ranch are about $80, which is already less than most of the good daily fees in the area, but if you're willing to book an afternoon tee time, you can get it for substantially less.

Some other San Diego area quality daily fee courses that won't break the bank include Mt. Woodson Golf Club, Escondido Country Club and the Golf Club of California. Mt. Woodson is a little quirky, but fun. And you can't beat the scenery from its elevated tees that afford the highest point in San Diego country. Escondido and the GC of California both used to be exclusively private, but the economy has opened both of them up for public play at modest green fees, well under $100 in most cases. And if you're looking for a peaceful and inexpensive escape in the northern part of the country, drive up to Lake San Marcos Resort and Country Club in the coastal foothills. You can play the resort's 1963 Harry Rainville designed North Course for under $50. And for an extra diversion, there's the 2,800-yard, par-58 South Course for a warm-up or wind-down round.

Other good values in the San Diego area include Oceanside, Steele Canyon and two 18-hole courses at Sycuan Resort, all of which can be found for double-digit green fees. Yes, golf in San Diego can be expensive at Torrey Pines and the big-name resorts like La Costa or Grand Del Mar, but there are plenty of options that won't break the bank, and the great weather is universal to all of them. 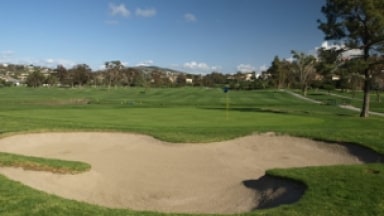 La Costa Resort, one of San Diego's top spots for golfers, is following up a renovation of the North Course with extensive renovations to the South, which will become the 'Legends' course when it reopens. 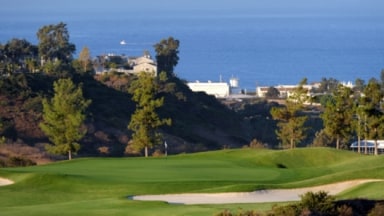 With an ideal climate and ocean-drowned sunsets that rival any in California, the San Diego area is, well, about as perfect an area as there ever was. The food, the people and the diversity of landscape across not just the region, but its golf courses, keep visitors coming back and the locals staying put. Here are seven reasons why San Diego continues to attract golfers from near and far.