Round 2 play underway at IOA Open 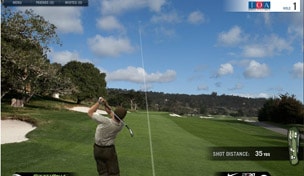 Getty Images
Adam Scott of Australia presents the trophy to Lydia Swan, winner of the Girls 10-11 division for the Drive, Chip and Putt Championship at Augusta National Golf Club on April 5, 2015 in Augusta, Georgia. (Photo by Andrew Redington/Getty Images)  -

As the month draws to a close, so too does the first event of the 2014 season on the WGT Virtual Tour. For the next few days, though, the competition remains fierce among players hoping to claim the title at the IOA Open at Pebble Beach.

With over 75,000 participants in this month's event, the journey to the top of the leaderboard will be anything but easy. While players had an unlimited amount of chances to post a first-round score in this 36-hole, cumulative event, they have only one chance this week to post a second-round score. As a result, even the most seasoned WGT veterans are feeling some pressure as the event's Jan. 31 conclusion draws near.

Among the approach shots faced by competitors in this month's closest-to-the-pin tournament is the second shot to the scenic par-5 sixth hole at Pebble Beach, which requires a carry over a canyon that leads down to the Pacific Ocean.

"I think it's the most difficult of all the Pebble Beach challenge shots," explained user dansamcam, who led the Tour Legend division after Round 1. "If you can get within six feet, you've hit a great shot."

Some highlights from the second round include keithm1's hole-out at the 16th and secenbarger's accurate approach to the opening hole.

Players have until Jan. 31 to post a second-round score and complete their two-round totals. The top 70 scores in each tier will then split a purse of 200,000 WGT credits.