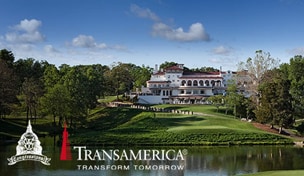 Getty Images
His wrists have fully set and the clubface points toward the camera – a move reflective of his initial takeaway – setting the stage for his ultimate shallowing move. (Analysis: GCA lead coach Jason Sedan; photo: Fred Vuich; for more GCA Magazine, <a href="http://www.golfchannelacademy.com/" target="_blank">click here</a>)  -

The Transamerica Classic came down to the wire in February between two WGT veterans, with dansamcam taking home his second consecutive win among the Tour Legend division via a tiebreaker over BolloxInBruges.

Both players carded identical scores of 108, each playing 18 holes of stroke play at Congressional Country Club in 54 shots in both Round 1 and Round 2. With nearly identical scorecards, a hole-by-hole tiebreaker was used to determine a winner, with dansamcam repeating his win at the IOA Open at Pebble Beach in January.

Each player took home a piece of the overall 200,000 WGT-credit purse, and their winnings have been added to their totals for the overall 2014 points race. This month's event, the GolfNow Championiship at Kiawah Island, will be the season's first major - meaning a whopping 400,000-credit purse. Players have until March 26 to record a first-round score on the course that hosted the PGA Championship just two years ago.

Coverage of the WGT Virtual Tour will continue all season long on GolfChannel.com. Click here to get started and head to the first tee box!