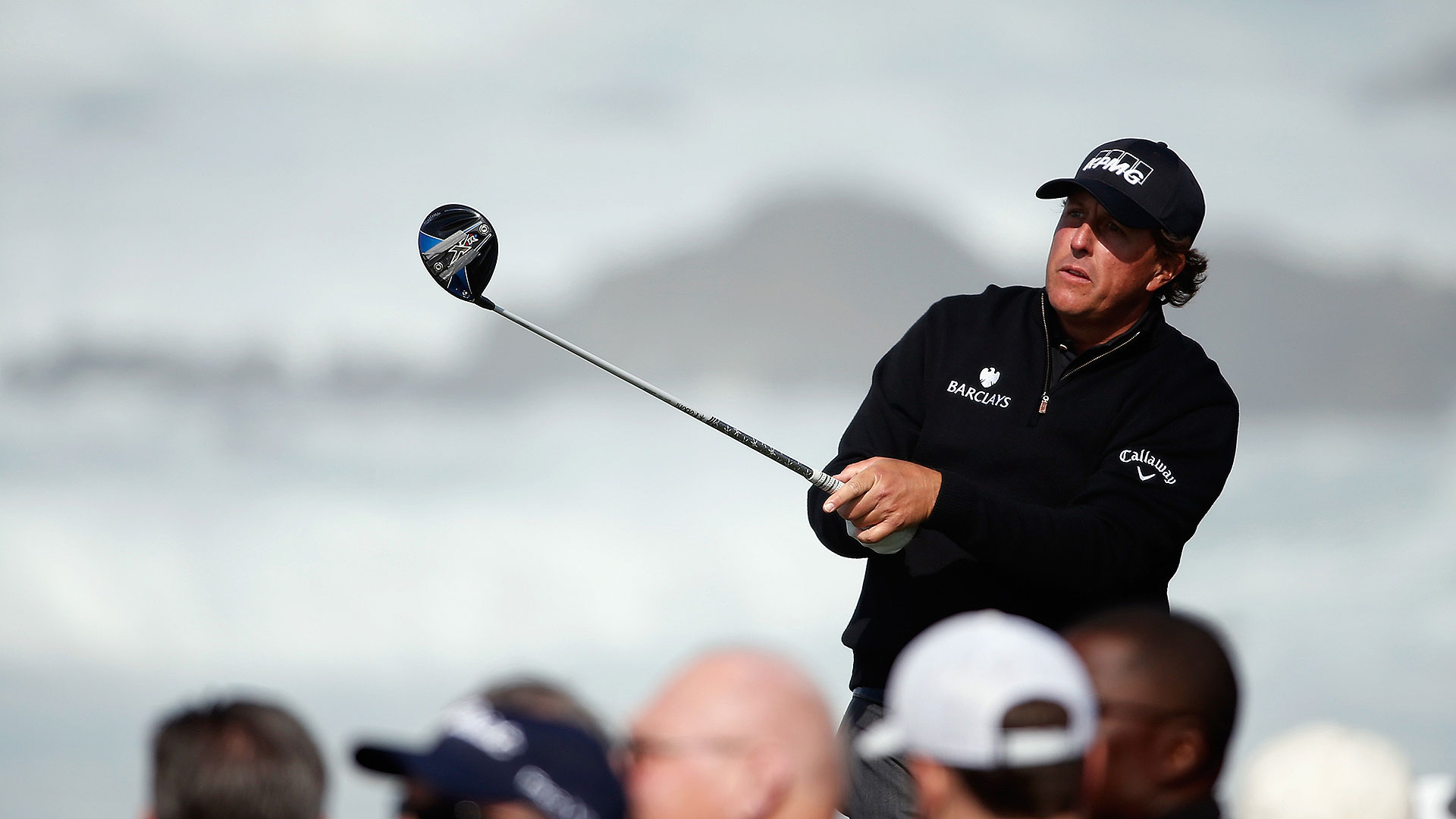 PEBBLE BEACH, Calif. – There may be a few extra wrinkles lining his familiar face these days, his visage a bit more weathered after traveling fairways and greens under the sun for more than two decades.

And recently, he may have incorporated a few new buzzwords to describe his swing, hinting at a more technical approach to a game he refined by feel for years – like a sculptor crafting a masterpiece from a single slab.

But make no mistake: the youthful spirit that propelled Phil Mickelson to unprecedented heights remains alive and well. The kid who trusted his touch without hesitation, the swashbuckler who took on every challenging shot with the same confident swagger? He’s in there, too.

It seemed like that persona had been in hiding over much of the last two years. But as he embarks on a new approach with a new coach, Mickelson has tapped back into those inner workings that helped guide him to the first 42 career wins.

And now, heading into the weekend at the AT&T Pebble Beach Pro-Am one shot off the lead, Mickelson is in prime position to record win No. 43.

Granted, Mickelson’s talking points of late have become increasingly technical, making it seem as though he had all but abandoned his innate touch and feel on the course.

At the CareerBuilder Challenge, where he finished T-3, he spoke of “face awareness.” During last week’s Waste Management Phoenix Open it was “shot dispersions” and “divot patterns,” hardly the diction of a player directed by feel and touch.

But as Lefty explained it after a 6-under 65 at Monterey Peninsula Country Club that followed a 68 at Spyglass Hill, the technical jargon is a necessary requirement to tap into those elusive elements as he continues the transition from Butch Harmon to Andrew Getson.

“The only way to have proper feel and that slight sensitivity to get a ball to fade 5 or 6 feet, or get it to draw 4 or 5 feet, that stuff, you’ve got to be on plane,” Mickelson said. “Now that I’m starting to be back on plane, all that touch, sensitivity and feel is coming back.”

That progression has been evident early this year, as Mickelson makes his fourth start in as many weeks. Outside of a poor round on the North Course at Torrey Pines that led to a missed cut, Mickelson has averaged 67.73 swipes per round in 2016.

That includes Friday’s effort on the most remote of the three courses in rotation this week, a round that Mickelson started by playing his first 10 holes in 7 under before stumbling a bit down the stretch.

“I thought I was going to shoot a lot lower than I did,” he admitted.

In an era where Trackman is king, players now have instant feedback on precisely what their ball and swing are doing at any given time. Launch angles and spin rates – along with acronyms that seem better suited for baseball sabermetrics – are now commonplace on a practice range.

It’s a fine line, then, for even the best players: trust the gut instinct that got you to an elite level, or buy into what the numbers say about the state of your game.

It represents a battle that Mickelson has waged even this week, as his tinkering has continued despite recent strong results. He tried a new driver for his opening round at Spyglass Hill in search of extra run off the tee before quickly replacing it, and a similar experiment with a new 3-wood cost him on at least three holes during Friday’s inward nine.

Justin Rose trails Mickelson by a shot through two rounds, and he knows full well the temptation to mix science with skill. For Rose, though, that inner feel remains paramount.

“Basically you can have your swing looking up-and-down, but if you haven’t got the inside working well, if you’re not firing the right muscles at the right time … you can have a swing that looks pretty good on camera that kind of goes off in the wrong direction,” Rose said. “So I think that it’s more the feel and the kinetics that are the most important thing.”

Mickelson can derive an extra sense of comfort amid friendly confines this week on the Monterey Peninsula. After all, he’s already won this event four times – two more than the career win total of the four names surrounding his on the leaderboard.

“He seems energized, excited, talking about the game feels easy, he’s enjoying it again,” Rose said. “He seems hungry for it, so it’s great.”

But while he is trending in the right direction, Mickelson hasn’t gotten over the hump in quite some time. His most recent win remains the 2013 Open Championship, a victory that most viewed more as a watershed than one final moment in the sun.

When asked to evaluate the current status of his game, Mickelson paused for a moment before flashing a grin that golf fans know all too well.

“It’s pretty much there,” he said. “I’m very pleased with the way I’m striking the ball, the way I’m chipping, putting, all that stuff, the way it’s coming together.”

It was briefly the look of a much younger man, one who dazzled crowds for years by relying on feel that few have ever known. It was the look of a man who finally, after a pair of lean years, may have unlocked the key to his confidence.

“The last piece,” he added, “is mentally performing under the clutch.”

The opportunity to complete the puzzle awaits this weekend at Pebble Beach.